An effort to be in shape 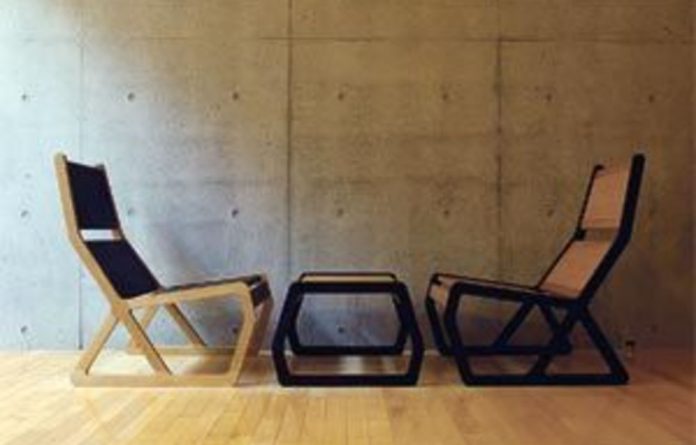 Lunetta Bartz of Maker, a new design shop on the Jan Smuts Avenue art strip in Parkwood, says she recently invited six designers, including architects and artists, to create work in response to the rather mysterious word “unshape”.

Initially this writer thought the word didn’t really exist. But upon further inquiry I discovered that, well, it does. To unshape, according to any number of online dictionaries (and indeed according to the Collins Concise) is to “deprive of shape, or of proper shape; to disorder, confound and derange”.

Today Bartz owns furniture by Hirakoso and, because of her admiration for everything he does, she has established a working relationship with him. Hirakoso’s Slitta lounge chairs and footstool form part of Maker’s upcoming Unshape exhibition, set to open on May 25. Although the Slitta range will be on show, Bartz says the purchases will have to be done on an order basis.

Hirakoso was born in Tokyo in 1974 and worked at Tokyo’s Living Design Centre for two years, from 2000 to 2002, before moving to Milan, where he established a workshop in 2004. Today Hirakoso is back in Tokyo and was named one of the world’s top designers in the prestigious D&EAD Global Award Annual in 2007.

And although Hirakoso will headline the Unshape collection, Bartz has commissioned some of South Africa’s most respected designers to turn the normal laws of design on their heads.

Koop Design (Richard Stretton) has made a “twisted terrace chair” in which timber is cut to achieve maximum slenderness and strength and Cape Town-based artist Gabrielle Goliath has created a “nappy cluster”, subtitled “the non-disposable disposable”, which is, in fact, a chandelier of resin-cast nappies.

Other designers include BD Studio (Bryan Dunstan), the Gregor Jenkin Studio and Bartz herself.

The word out is that Unshape is the new shape.