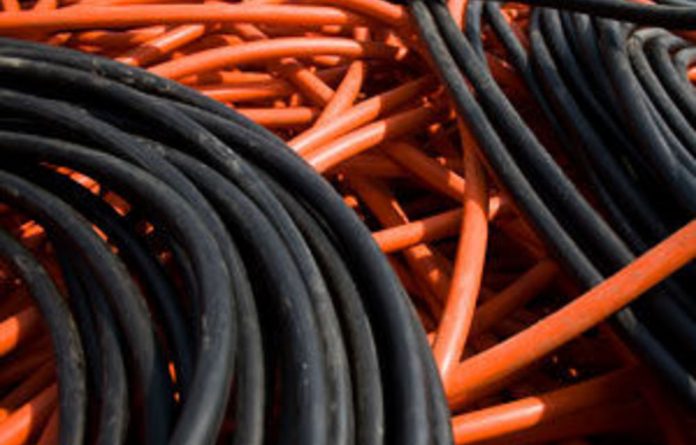 They are accused of colluding with security companies who are hired to protect and monitor Telkom’s copper network. Two of these companies were the target of allegations the Mail & Guardian reported in 2001 concerning corrupt transactions involving a senior Telkom employee at the time.

The internal report was handed to Telkom SA managing director Pinky Maholi and group executive of legal services Anton Klopper on December 9 last year. It calls for criminal charges to be laid against the three staffers.

A Telkom source told the M&G that Telkom had been sitting on the report since December, but Telkom strenuously denies this.

“As Telkom viewed the allegations contained in the memorandum in a serious light, the company immediately conducted an internal audit and management is currently implementing the recommendations of this report,” Klopper told the M&G. “This includes the appointment of an independent forensic company to conduct an investigation.”

Klopper said this independent investigation began in March and is still under way. Telkom could not comment further until that process was completed, he said.

The three staffers implicated in the report are known to the M&G. “Some of the most trusted and senior officials of Telkom SA acted in bad faith under the auspices of fighting cable theft,” the report says. “The common denominator among them is to forge a very close relationship with vendors, override existing control mechanisms to the advantage of vendors and sideline cable theft practitioners.”

The Telkom report says that RSSS charges R2,6-million a month to supply Telkom with copper-cable alarm systems that are meant to detect theft attempts. However, it states that Telkom has no supporting documentation for the 593 alarms for which RSSS charges the parastatal.

The report says that Telkom pays RSSS R4-million a month for a further 877 alarms. There are supporting documents for these alarms, the report says, but the “majority of these alarm panels are redundant and not even at places where they are supposed to be”.

Royal Security supplies armed-response services to Telkom for R12,6-million a month. In 2008 it charged Telkom R7-million a month for the service. Royal Security is owned and run by Roy Moodley, a friend of Jacob Zuma, who was arrested last year for allegedly bribing a state official in an attempt to get a better seat at Zuma’s inauguration.

RSSS said all the alarms it supplies to Telkom are in place and in accordance with Telkom’s requirements and orders. “We have no knowledge of this [the report’s claims], as all our invoices are accounted for,” said RSSS director Selvan Narainsamy.

There was no merit in the M&G‘s 2001 article pertaining to RSSS, Narainsamy said.

He questioned the authenticity of the report in the M&G‘s possession and demanded that the newspaper provide proof to Royal Security before it would comment further.

Stephen Dube, a director of Enlightened Security — also named in the report — told the M&G the amount his company charges Telkom had increased by 125% because the service it offered Telkom had changed significantly.

The company previously provided simple security guard patrols, Dube said, but Telkom had asked for a heightened security service because it was losing so much copper to theft. Enlightened Security then assigned senior investigators and ramped up the number of vehicles patrolling, Dube said.

“These investigators don’t come cheap,” he said, adding that the move had halved copper theft in the areas the company covers for Telkom. Sidas Security Guards is a fourth company the report names, and its 42% increase is also queried. Sidas had not responded to the M&G‘s questions at the time of going to print.

“Finding senior officials with their fingers in the till is common in the NPS [network protection service],” the report says. “The unfortunate part is people resign and/or are dismissed and later get employed by the vendors rendering services to Telkom.”

A decade of dubious dealings
In 2001 the M&G reported on a three-month internal investigation at Telkom that implicated a senior Telkom executive and a number of security companies in alleged corruption.

The Telkom executive was deputy chief operating officer Bheki Langa and the companies were Royal Security and RSSS.

Langa, who was being groomed to run Telkom, resigned on the day the M&G‘s story went to print, claiming that he had been offered a job in the oil industry and that his resignation had nothing to do with the allegations.

His resignation saved Langa from a disciplinary hearing, because Telkom had prepared detailed charges against him.

The lengthy investigation uncovered a string of alleged irregularities — including dubious payments to Royal Security and the abuse of Langa’s position to help Royal Security bag contracts worth millions.

The investigation alleged RSSS had benefited from Langa’s actions.

Moodley, owner of Royal Security, dismissed the allegations as a “racist plot” at the time. He conceded that his relationship with Langa dated back to their struggle days.

Back then, RSSS referred all queries to its lawyer, Pradeep Bahadur, who said the matter was sub judice.