Al-Bashir to be sworn in as Sudan president 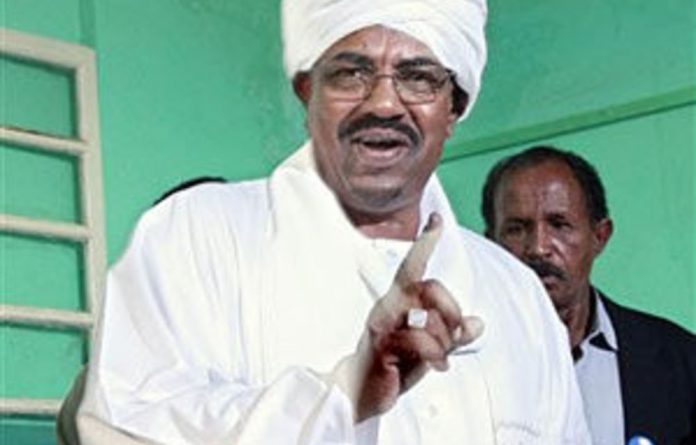 Sudan’s President Omar al-Bashir, the only sitting head of state wanted for war crimes by the International Criminal Court (ICC), will be sworn in on Thursday after his re-election in polls marred by boycotts.

Al-Bashir, who rejects charges of ordering mass murder, rape and torture in war-torn western Darfur, will now preside over a January referendum on secession for Sudan’s semi-autonomous south, which many analysts believe will result in independence for the oil-producing region.

The heads of at least five African states are expected to attend the swearing in, including Eritrea, Chad and Djibouti, but the ceremony puts European diplomats in a quandary.

The European Union supports efforts by the ICC to bring Bashir to justice but is also keen to maintain dialogue to ensure the referendum is conducted peacefully.

The United Nations is sending its top two diplomats in the country, despite the call from the United States-based rights group.

Polls marred by boycotts
The ceremony before parliament on Thursday follows Bashir’s election one month ago with 68% of the vote. The poll was marred by opposition boycotts and allegations of widespread fraud.

Al-Bashir’s party and allies also won around 95% of parliamentary seats in the north, giving them more than the required two-thirds majority to make changes to the constitution.

The former southern rebel Sudan People’s Liberation Movement (SPLM) won most of the southern seats, around 20% of the total parliament. South Sudan President and SPLM leader Salva Kiir is in talks to form a government with al-Bashir.

Al-Bashir was last sworn in after a 2005 north-south peace deal which ended Africa’s longest civil war, a conflict that claimed 2-million lives and destabilised much of the region.

That inauguration was attended by senior foreign figures, including then-UN Secretary-General Kofi Annan and ministers from Western nations.

On Thursday, key nations like Britain and the United States will not even send their heads of missions, who are both out of the country. They will follow protocol and send diplomatic representation to the ceremony, the embassies said.

ICC judges told the UN Security Council on Wednesday that Sudan was protecting ICC suspects rather than arresting them, a move aimed at increasing pressure on Khartoum.

Al-Bashir is the longest serving Sudanese leader since taking power in an Islamic-military bloodless coup in 1989. But he has overseen peace deals in the south and east as well as a short-lived accord in Darfur.

The southern vote on independence is set for January 2011 and is a key focus of the international community, which wants to avoid a return to bloodshed and is keen for the former foes to agree on issues like the north-south border, along which much of Sudan’s oil wealth lies. — Reuters