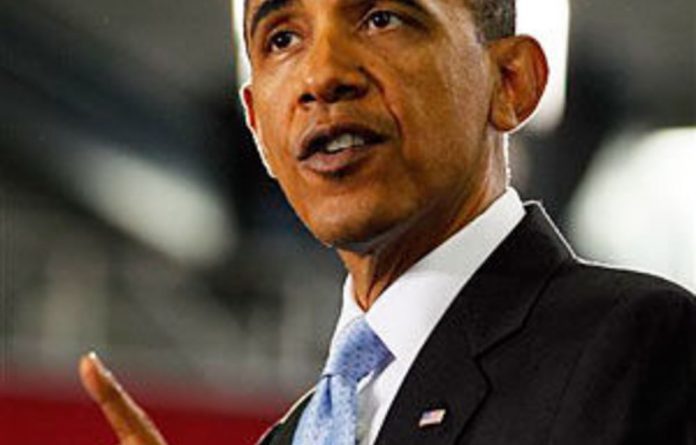 “To succeed, we must face the world as it is,” the document states, turning the page on Bush-era dreams of remaking the global order with American might and recognising the increasing global engagement of Russia and the emergence of rising powers like China and India.

The document also contains warnings for Iran and North Korea, focuses on home-grown extremists who turn to Islamic radicalism in America, and says the most serious threats to Americans are posed by nuclear proliferation.

The new doctrine illustrates an evolution of Obama’s pro-engagement policies after 16 months in power, a period that brought the idealism of his election campaign into conflict with the harsh realities of geopolitics.

It describes a world thick with evolving threats and seeks to reframe US foreign policy after two bloody wars and a crippling global financial crisis.

It projects a tough, hard-nosed assessment of American interests and the use of US power, and lays out a dizzying array of threats from cyberwarfare to health epidemics to ethnic wars to inequality.

It calls for tough engagement “without illusion” with US foes like Iran and North Korea, but warns they face deepening isolation if they continue to spurn US advances and do not bow to pressure to throw open their nuclear programmes.

It also seeks to widen the scope of US foreign policy, which became dominated by a doctrinaire “war on terror” following the September 11 attacks in 2001, and led to the war in Iraq, after the invasion of Afghanistan.

“We will always seek to delegitimise the use of terrorism and to isolate those who carry it out,” said the document, the product of intense internal deliberations during the 16 months of the Obama administration.

“Yet this is not a global war against a tactic — terrorism or a religion — Islam.

“We are at war with a specific network, al-Qaeda, and its terrorist affiliates who support efforts to attack the United States, our allies, and partners.”

In his final national security strategy in 2006, Bush targeted terrorism as a concept more specifically, declaring boldly “the war on terror is not over”.

Obama’s document appears to water down the concept of pre-emptive war favoured by the Bush administration, but preserves the option for a US president to deploy military might unilaterally.

It says Washington will “adhere to standards that govern the use of force”.

“We will also outline a clear mandate and specific objectives and thoroughly consider the consequences — intended and unintended — of our actions.”

“Our best defences against this threat are well-informed and -equipped families, local communities, and institutions,” the document said.

“The federal government will invest in intelligence to understand this threat and expand community engagement and development programmes to empower local communities.”

The 52-page strategy, however, encompasses a much wider reach than the campaign against extremism that has defined US foreign policy since the September 11 attacks.

It sets out a platform for robust engagement, the maintenance of the US military edge and wide social diplomacy and development assistance.

“Our long-term security will not come from our ability to instil fear in other peoples but through our capacity to speak to their hopes,” Obama said in a message introducing the new strategy.

The strategy lists a set of comprehensive threats facing the United States, beginning with the most grave — the threat of weapons of mass destruction, especially nuclear weapons. — AFP

As the crisis continues to unfold, the biggest threat may be the vested interest in maintaining the civil war Therefore, with no end in sight to the conflict plaguing the nation, the question worth asking is: who benefits from a Yemen at war?
Read more
Advertising
Continue to the category
Africa