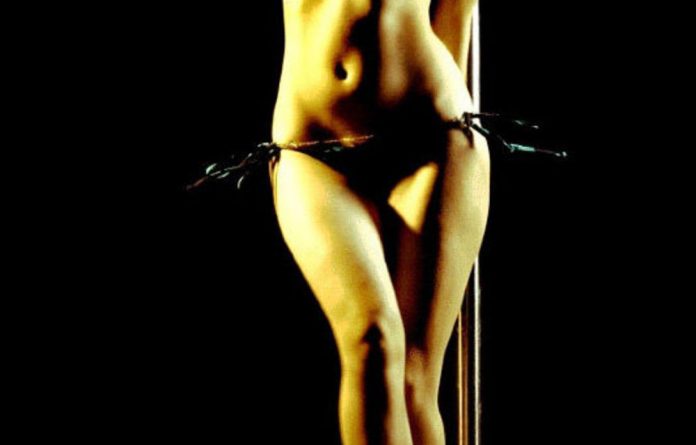 Anyone who watched this year’s Survivor South Africa would vow that Gigi was hellbent on giving the strip-club industry a good name — no drugs and no sex. But employees and customers say her club is not as clean as she punts it.

Perle van Schalkwyk, or Gigi, her stage name, has become a household figure following her victory on the television show.

From the small town of Paarl in the Western Cape, Van Schalkwyk is a former stripper and now co-owner of the Lollipop Lounge strip club in Randburg, with her business partner, Mike Crole.

But although Van Schalkwyk presents her establishment as the epitome of innocent stripping, dancers in the industry say otherwise.

One former dancer at the Lollipop Lounge, who asked to remain anonymous, told the Mail & Guardian that while working at the club she was ‘raped in one of the cubicles for R300”.

‘I fell pregnant with my rapist’s baby and had to have an abortion,” she said. ‘Two weeks later, Gigi called me and asked me to come back to work. I went mad.”

The club has nine booths — six upstairs and three downstairs.

Claire (not her real name), who worked at the Lollipop Lounge for a few months this year, said: ‘That’s why girls work there — because the rules are so lenient. There are tissues in the private cubicles, and bins with used condoms — Of around 60 girls at the club, at least half do extras.”

Dancers can also leave the club for the night if the client pays a ‘book-out” fee. ‘The client pays R1 000 to the club, and the girls take out whatever they want on top of that. Then they tell Gigi they’re ‘going for dinner’.”

She said that although ‘Gigi is great to work for”, she spends most of her time at the club signing autographs.

Leigh (not her real name) said she left the Lollipop Lounge after a bad experience in a cubicle. ‘I had a client who wanted a lapdance in the booth,” she says. ‘I took him to the ones upstairs — It was just supposed to be a lapdance but this guy’s hands started moving lower and lower and I thought, ‘This is not what I do’.”

She said that the client said he had done this on his previous visit. ‘I felt totally molested,” she said. ‘And if I’d yelled, no one would have heard a thing.”

Leigh said that she finds it hard to believe that Van Schalkwyk has no clue about ‘extras” in her club. ‘If Gigi says she doesn’t know about it, she shouldn’t be running a club, because it means she doesn’t have control,” she said. ‘It’s a club owner’s responsibility to look after the girls.”

Van Schalkwyk’s longstanding relationship with Andrew Phillips, the man in charge of The Grand in Rivonia, has raised further questions about her business.

Phillips is the former owner of the Ranch and Titty Twister clubs, shut down by the asset forfeiture unit in 2000. The M&G reported two weeks ago that sex is allegedly sold regularly at The Grand, but because it happens illegally, it often leaves strippers open to abuse and infection.

Phillips said that he is a ‘business consultant” to the Lollipop Lounge. ‘I set up Mike, Gigi and Wayne [Stone] to work there. I’m not a partner there; I haven’t a clue what goes on.”