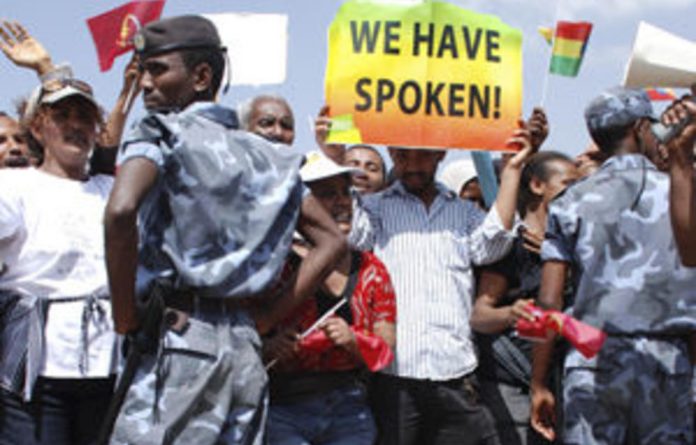 Berhan for Unity and Democracy and the Ethiopian Democratic Coalition Front said the polls were riddled with irregularities and called for a re-run.

‘Riddled with irregularities’
“Our supporters were subject to intimidation, while our observers did not attend in many constituencies. Therefore we call on the authorities to hold elections again,” they said in a joint statement.

Medrek, the country’s main opposition bloc, as well as the All Ethiopians Unity Party had previously shunned the results for the same reasons.

Meles’ EPRDF party won 499 out of 536 seats, including a clean sweep of areas previously controlled by the opposition, in provisional results announced a day after the vote.

‘Not up to standard’
The vast Horn of Africa nation has a 547-seat lower house and final results are to be released on June 21.

Both the European Union observer mission and the United States have said the polls did not meet international standards. — AFP