Patronage and corruption: The lessons from Kenya 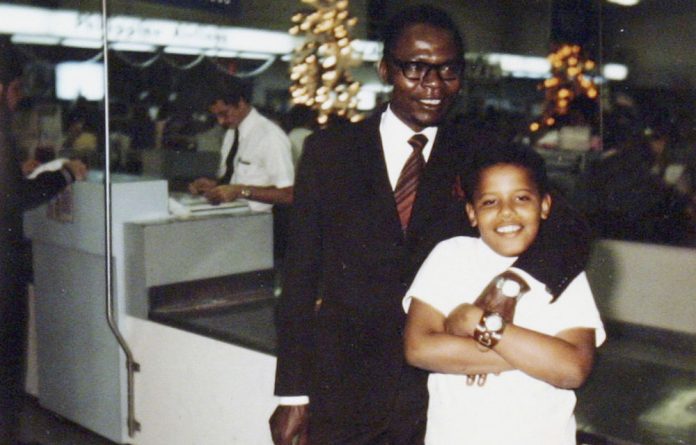 United States President Barack Obama, in his autobiography, Dreams for My Father, tells how his late father, after Kenyan independence, was driven to despair — and drink — by the abuse of power and the elitist, ­corrupt ­tendencies of the newly elected government.

Instead of serving those who had fought for independence, Obama writes, Kenyan politicians took the place of the white colonials, buying up businesses and land that should have been redistributed to the people. Most Kenyans kept quiet and learned to live with the situation but Barack senior began to speak up, warning that tribalism was going to ruin the country and that unqualified men were getting the best jobs.

His friends tried to warn him against saying such things in public, but he didn’t care.

Word got back to the president who told him that, because he could not keep his mouth shut, he would be out of work until he had no shoes on his feet. He was banished from the government — blacklisted. When he offered his services to foreign companies he found that they had been warned not to hire him. Many of the people he knew stopped coming to visit him because it was dangerous to be seen in his company.

It is a story that should haunt South Africans.

During the early 1990s, at the dawn of democracy, nothing incensed me more than commentators who persistently warned that South Africa would become “like the rest of Africa”. It was corruption, decay, totalitarianism, theft and crime that they foresaw. I hated this kind of comparison with failed African democracies.

I still do not share the disillusionment and the fear that many harbour about our country’s prospects. But I often feel despondency creep up on me as we see how we have come to accept corruption, patronage and abuse of access to power as part of our lives. Corruption is perfidious and pervasive, even among those in the tripartite alliance who are supposed to be the torchbearers against corruption but are seemingly not that clean. We recently exposed Cosatu general secretary Zwelinzima Vavi’s proximity to individuals who run Cosatu affiliates’ pension funds and how his wife was benefiting from that relationship.

I am disappointed that the national secretary of the Young Communist League, Buti Manamela, has still not publicly refuted allegations that he tried to influence the awarding of a tender.

Stalin Buthane, the suspended YCL leader, told the Mail & Guardian that Manamela had called him to request that a R51-million tender for project management be channelled to a company Manamela is close to. Buthane is the chief of staff in the office of Pinky Kekana, the provincial minister for roads and transport in Limpopo. The company concerned is not directly linked to Manamela but it is said to be generous in its financial support for the YCL.

The YCL and the South African Communist Party have projected themselves as moral crusaders against the tenderpreuners as represented by Julius Malema, the ANC Youth League president, and his friends.

Perhaps it is encouraging that no allegation has been made that Manamela tried to enrich himself, but we have to be principled about these issues. For as long as Manamela, like Malema, can pick up a phone at the drop of a hat and dictate where a government tender should go, we are living in a rotten banana republic.

When competent, honest business people have no hope of securing business if they do not endear themselves to the politicians (and share their profits with them) and, more importantly, when our younger brothers and sisters have no chance of finding work unless they lick the arses of politicians, we are no different to the corrupt Kenya Obama wrote about.

Even Malema’s nemesis in the youth league, Andile Lungisa, has been accused of using his position as head of the National Youth Development Agency to promise jobs to those who support him. The fight for the old tenderpreneurs to make way for the new is so complex that even the media are scratching the surface.

Our outrage is just not loud enough. We should not let our guard down when the government announces that it has appointed a committee to “investigate the whole issue of ­corruption”.

But tackling corruption should also not be used as a game to deal with political opponents. I am referring to the governance of Gauteng province. We applauded the premier, Nomvula Mokonyane, when she cancelled money-making schemes — called contracts — that her predecessors Mbhazima Shilowa and Paul Mashatile had entered into. But we all cringed in embarrassment when two days before a conference, when she was aware that she was losing, she suddenly released a report into corruption in a desperate attempt to claim the moral high ground.

But exposés of corruption should not be dismissed, in the words of President Jacob Zuma himself, as a mere “political conspiracy”. To paraphrase Vavi, the slide to a lawless and corrupt state will not announce itself, but the muck thrown up by political contestation is a harbinger nonetheless.