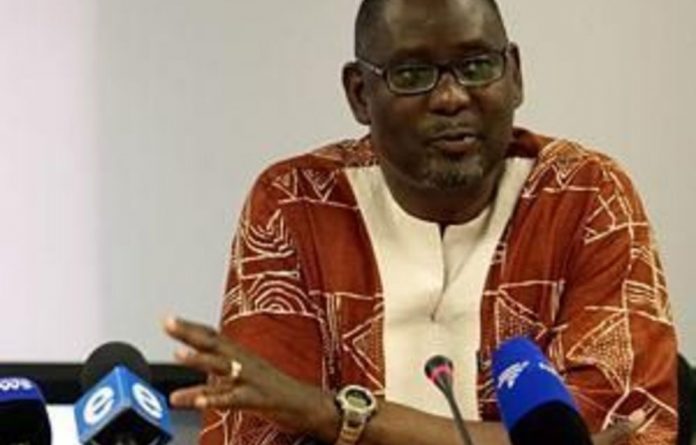 Congress of South African Trade Unions (Cosatu) general secretary Zwelinzima Vavi has received a death threat amid a furore over his complaint that allegations of high-level corruption are not being investigated, Cosatu said on Friday.

“The general secretary of Cosatu, Zwelinzima Vavi, has received a letter containing a death threat. It says ‘You will die like Molefi ‘,” Cosatu spokespersonPatrick Craven said in a statement.

“This is presumed to be a reference to Molefi Sefularo, the late deputy minister of health, who died in a car accident outside Pretoria on April 5 2010, and could imply that the writer knows that it was not an accident,” he said.

Cosatu had referred the letter to national police commissioner General Bheki Cele for investigation. Cele’s spokesperson was not immediately available to confirm whether the letter had been received.

Craven said Cosatu had no reason to associate the letter with the African National Congress (ANC) national working committee’s decision to take disciplinary action against Vavi.

The ANC has not publicly said it will discipline Vavi, but Cosatu said sources with the party had confirmed media reports on the matter.

Cosatu said that while it was not taking the death threat lightly, it would not be “driven to panic or paranoia” by the letter.

“No amount of death threats or blackmail will cause us to scale down or abandon our campaign to end corruption.”

‘He has nothing to apologise for’
Earlier, Cosatu said Vavi would not apologise for linking Communications Minister Siphiwe Nyanda to a complaint that reports of corruption were not being investigated.

“He hasn’t received that letter yet, even though it is in all the newspapers,” Craven said of a letter apparently demanding that Vavi make a public apology and retraction.

“I am confident that he will not be apologising, because he has nothing to apologise for,” said Craven.

He explained that Vavi recently delivered a speech in which he complained that newspapers continued to carry stories of allegations of corruption against ministers, but that the president and the Cabinet had yet to say these allegations would be investigated.

No names were mentioned in the written speech.

However, when a reporter later asked Vavi to which ministers he was referring, he named Nyanda and Local Government Minister Sicelo Shiceka.

The Mail & Guardian had reported earlier that Nyanda ran up R500 000 in hotel bills in Cape Town waiting for his official residence to be ready, and that Shiceka allegedly doctored his curriculum vitae.

“He wasn’t making any fresh allegations,” said Craven. “These are people against whom allegations have been made, and that is public knowledge.”

Nyanda has disagreed and has retained legal representation over the matter.

“We have proceeded to demand a retraction and an apology from Mr Vavi for allegations which are calculated to be understood by an audience that our client is morally reprehensible and that he is corrupt,” said Siyabonga Mahlangu, director of litigation at Edward Nathan Sonnenbergs.

Mahlangu said the firm had not been briefed to deal with the details of the story, but Nyanda wanted the retraction of the defamatory allegations made against him, and an unqualified apology, by June 10.

“Our courts have ruled that a repetition of a defamatory statement in itself constitutes a cause of action against a person repeating such defamatory allegations.”

The demand is that Vavi’s retraction and apology must be published in the same matter and through the same media that he used when he made the statement.

Nyanda’s lawyers were not instructed to demand an apology from the publications which carried the allegations.

The firm believed “in freedom of the press and the media’s duty to inform the nation” and that courts applied different standards to the press. He said the legal team would “take a view” if Vavi did not comply.

“What the minister wants to protect is to protect his right to his good name and to his dignity as a person,” said Mahlangu.

“He moves from a premise that as a public representative he still maintains his rights to his dignity and his good name and that in fact, it is upon such dignity and such good name and reputation that he was entrusted with public responsibilities,” he said.

The team was waiting to hear from Vavi whether he had explanation or facts that could be brought to Nyanda’s attention, which would inform how the team proceeded with the matter. — Sapa