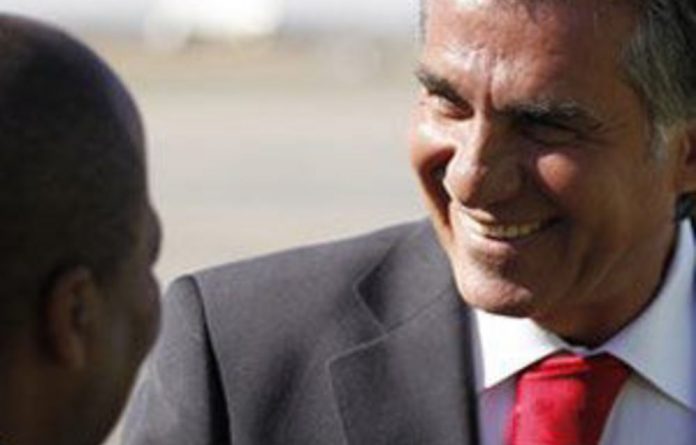 Born in Mozambique and a former coach of the South African soccer side, Portugal’s Carlos Queiroz has flown to the rainbow nation countless times but said Sunday’s flight to the World Cup finals was a unique moment and the culmination of an old dream.

“I have no idea how many times I’ve made this trip to South Africa or Mozambique but this is the trip,” Queiroz (57) told reporters on the flight between Lisbon and Johannesburg on Sunday.

“It’s the trip that has a unique meaning for it represents the start of an adventure which results from a career project, a life project, many years dreaming of taking the Portugal national side to the World Cup,” he added.

The coach won two World Youth Championships early in his career, leading future stars like Luis Figo and Rui Costa to back-to-back titles in 1989 and 1991.

But he then tasted disappointment when he failed to qualify that group of players known as Portugal’s Golden Generation to the 1994 World Cup as the senior team manager.

The finals will also offer Queiroz the chance to make amends for a later World Cup disappointment.

He led the South African national team to qualify for the 2002 tournament in Japan and South Korea but was sacked just months before the finals.

“It was sad because the reasons for which I was pushed away from the team had nothing to do with football, they had to do with things of life, which can happen in South Africa or any other country,” Queiroz said.

“It had to do with people and sometimes we meet the wrong people at the wrong time and things don’t go well. But I kept much warmth for the people in this land in which we are going to play,” he added. – Reuters