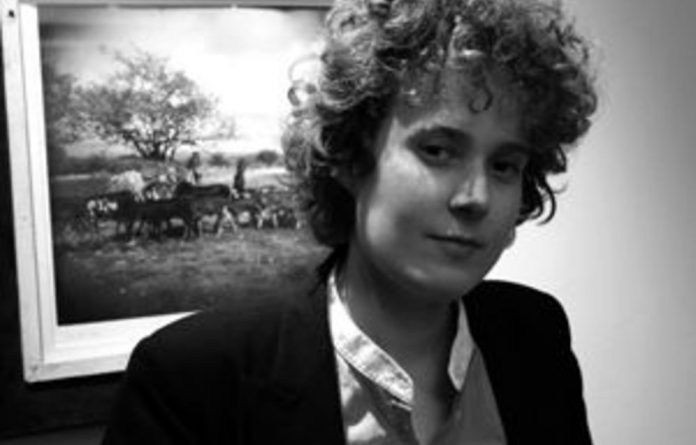 In her short-story collection, This Place I Call Home, Meg Vandermerwe deploys 10 voices in 10 stories to consider the meaning of home to South Africans. The first piece in the book, A Hijack Story, is published here in full:

Is one of them coming? He knows this can’t be right. He’s fled guns before. Held up not to the back of his neck — his occipital crest, under siege right now — but his heart, his very soul.

Uganda. 1972, Idi Amin and his gang of barbaric murders: those bastards came in their jeeps and kicked down doors. Stole your home, your land, assaulted and insulted you. He survived that. So this shouldn’t be happening to him again. Not now, not at his age.

The ground is too hot. After a long morning of ferocious Durban summer sun, it’s scalding his soft right cheek, the fleshy palms of his hands spread out flat in front of him on the tarmac as the black bastards try to figure out how to override the Mercedes safety lock. His chunky gold wedding ring is already gone — its absence a gnawing worry, like that anxiety when you’ve forgotten to do something very important. In one of those bastard’s pockets. There’s a red-skimmed welt in its place where they tore it off.

That’s not all. His Rolex watch bought in Singapore when he went there for Jasminda’s wedding; his wallet; his shoes; his belt that they’ve used to bind his feet, too bloody tight — it’s cutting off his circulation, his feet have already gone numb. First the left then the right, there’s a combination of tingling and pain moving in waves up and down his shins. Medically speaking, of course, he knows the pain is just an illusion. Block the body’s ability to transmit the neurological signals, the brain’s ability to receive them, and the pain disappears, that’s how painkillers work. Panado, aspirin, Myprodol, those are the best. The biggest brands aren’t always the best but in this case he would recommend it every time unless the patient is pregnant or has allergies. Now so many people claim to have them, you have to be careful, don’t want to be sued.

Boom boom boom. His heart is beating too fast, 130, 140, something like that, cantering. God, if a patient came into the clinic with a heart rate like this he’d have to say, my friend you must calm yourself this instant or you’re liable to drop dead right here in my office. Pumping pounding. It’s become a song in his ears, angry frenzied rhythm of darkest savage Africa, those African drums the savages used to bang in those American comedy films he saw as a boy.

Going to Africa! How everyone laughed. Yes, his friends at Delhi University, they thought he was crazy, but they were wrong; in Africa he’s become a successful man. Not once — twice: once in Uganda until Amin, once again here in South Africa. People here are lazy, blacks like these three boys, that’s why they never make anything of themselves, that’s why they’d never amount to anything and why they have to smash and grab from people like him.

He’ll not be afraid of death. If necessary he can break death down to its chemical components, strip it of its pomp down to its proverbial underthings, death thin and pale, chicken wing limbs lying on his examination couch. He’s seen it a thousand times, felt the cancerous bulge, dealt the blow as kindly as he could in giving the diagnosis. Sometimes death’s won but sometimes he has. Maybe then this is death’s revenge. These three boys can’t be much more than fifteen, with their modest heights, their slender builds, though it’s hard to tell, what with the malnutrition in the townships. The sun, the sweat, how much longer? One is coming. This is degrading. He knows he’s perspiring. At first when they first pushed him down here, gun lodged into the back of his head, he thought shit, bloody hell, I’ve pissed in my pants like a real geriatric. What would his patients think if they saw him like this, lying like this, their doctor in his own filth, how could they ever trust him again? But no, it can’t be urine, it’s only sweat that’s running down his legs, if it were urine he’d smell it — urea, unmistakable.

Suddenly anger, a burning, righteous anger like a muscle seizure. Enough already! They must have had him down here for more than four or five minutes, there are patients waiting for him, sick people waiting for him to help them — Mr Jivani, prostate cancer; Mrs Patalia, diabetes; one patient who comes every Friday to get her prescription, Mrs Nirmal, she will be worried. Will Aisha be able to find the pills where he puts them aside? What will they think, that he has forgotten them, that he didn’t remember to write the prescription, that he didn’t remember his appointments, that his mind is going? Sixty-five, it’s not that old, not old enough to die, Lord Vishnu, please, not like the Dhadas murdered in their beds.

Maybe they have Aids or HIV. Maybe the car, the jewellery, the money will go towards paying school fees and not be squandered in the shebeen or on tik. No, he’s a bloody fool, the money will be spent in the shebeen, pissed against the wall. Never should have let them in to clean the office, that’s probably how they discovered when he left home on Fridays, or maybe they’re fearless opportunists, not afraid of robbery in broad daylight. But when he was a boy you worked for it, didn’t steal it from others, damn it, that’s always been the difference between the Indians and the blacks, this country, whole continent’s going down the tubes. Should have listened to Ama, should have sold up long ago and gone back to Delhi like the Goldsteins sold up and moved to Israel.

She will insist now, insist insist with tears — but what would his patients have done without him, and what would he be without them? No, he was not ready to retire, sit around all day in Delhi, a foreign place really, after all this time, drinking mango lassi. And then what with the rest of the day?

Voices getting nearer, louder. Are they arguing? Just the tip of one white takkie, about size nine, a few centimetres from his nose. Cheap white, a black cheat, God his heart, in spasm now, he can hardly breathe so maybe he’ll be sick. What else will he tell the police? Over their faces, masks. The size of one foot is exactly the size of from here to here from the wrist to the elbow. Is that true Grandpa? Spit has crusted on the corner of his mouth. Sandy grit and burning tarmac on his cheek, the smell of the road. His mouth is completely dry. If he tries to turn his head to scream will the boy shoot and if he shoots and plants the bullet in his brain instant death a severing of the right and left lobes the bone will explode and if he misses and hits the spine he will be paralysed though he’d still bleed to death right here outside his own house left for his wife to find him corpuscles and haemoglobin spilling out of him a leaking sinking ship a battleship there’s a hole in my bucket delilah delilah a hole in my bucket delilah a