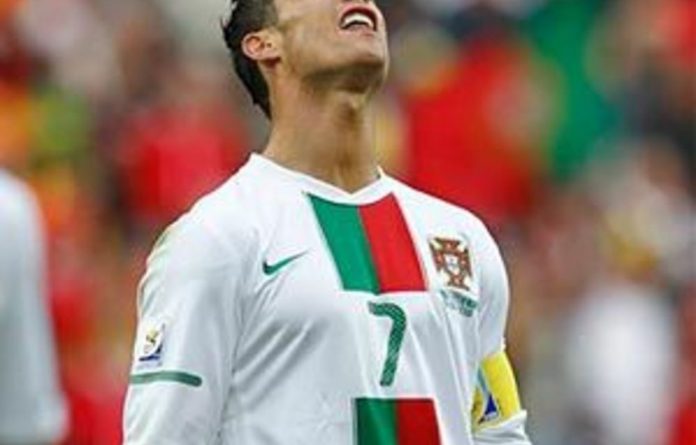 Portugal got their World Cup finals off to a stuttering start with a goalless draw against a spirited Côte d’Ivoire on Tuesday, a match that saw the return of Didier Drogba only 11 days after breaking his arm.

Semifinalists at the 2006 finals, Portugal struggled to make a serious impact and made their job of advancing from a fierce Group G — which includes Brazil and North Korea — no easier in a fluid match that yielded a handful of goal-scoring chances.

The Elephants opted to start without Drogba, who has yet to fully recover following surgery, but he came on as a substitute after 66 minutes to a rapturous reception by the Port Elizabeth crowd.

The draw will boost the confidence of the Côte d’Ivoire, who enjoyed most of the possession and always looked dangerous with smooth passing and plenty of energy going forward.

Gervais Kouassi, better known as Gervinho, came in to fill the void and proved himself a constant menace for the Portuguese defence with penetrating runs into the area that left Ricardo Carvalho and Bruno Alvez scrambling.

Côte d’Ivoire had the best of first-half action with Kouassi and Emmanuel Eboue commanding the flanks but struggling to create any meaningful attempts on goal on a chilly afternoon at the Nelson Mandela Bay Stadium.

Under pressure
Cristiano Ronaldo, under pressure after underperforming in Portugal’s tumultuous qualifying campaign, looked lively early and was twice brought down when the Ivorian defence tried to thwart his dangerous runs on the edge of the box.

He almost got Portugal off the mark 11 minutes into the game when his superb long-range effort cannoned off the outside of the post with keeper Boubacar Barry beaten.

Cheik Tiote struck his 17th-minute free-kick just wide of the target and Kouassi came close with a stunning solo run, skipping round three defenders before his shot was blocked.

Salomon Kalou had an opportunity to put Côte d’Ivoire ahead on 54 minutes when he found space on the edge of the area but struck tamely into the hands of Eduardo.

Liedson had a chance for Portugal on 58 minutes when he headed a neat cross from Deco into the hands of Barry and Kousassi almost took the lead for the African side near the hour mark when he headed just over the bar.

Danny started on the wing for Portugal in place of the match-weary Simao Sabrosa and never found his feet, despite good form in warm-up matches. He was replaced by Simao shortly the break.

Portugal stepped up a gear later in the game without looking likely to score, with Ronaldo’s darting runs failing to deliver. — Reuters