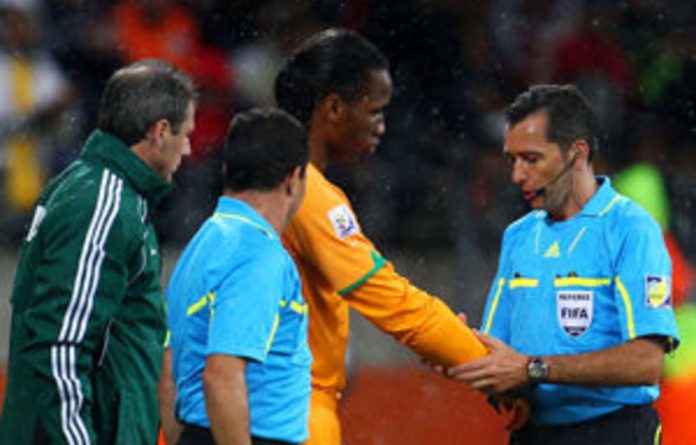 Sven Goran Eriksson heralded the newfound discipline and organisation shown by his Côte d’Ivoire side in the west Africans’ goalless draw with Portugal on Tuesday.

Next up for Eriksson’s Elephants are Brazil and the Swede reckons Côte d’Ivoire are in good shape after taking a deserved point off the Portuguese.

“I thought if any team had won it should have been us, we created more chances,” the former England boss said.

“I am very happy with the performance in terms of discipline and organisation, in the past we weren’t always like that. We held together for the full 90 minutes.

“It was a tight game, but if you start to attack frenetically against Portugal, Ronaldo, Liedson and Deco will kill you.

“You can’t give them space, especially in the first game.

“Our defence was very solid, I think even if you weren’t a Côte d’Ivoire fan you’d have to be impressed with our defence.

“Now we face Brazil, of course it will be hard for us, but with this performance we can be proud and happy.

“On paper our last group game against North Korea should be easier but we have to respect them too, you never know.”

Eriksson said another positive from their cagey curtain raiser was the appearance of Didier Drogba as a second-half substitute less than a fortnight after the Chelsea attacker had undergone surgery on a broken arm.

“Didier looked fine and with a little bit of luck could have scored. For us to have him on the pitch even for 25 minutes was important and he’ll be more ready for our next match.”

Côte d’Ivoire captain Kolo Toure suggested there was still everything to play for in the so-called Group of Death.

“It’s difficult to score against a team as well organised as Portugal, and against Brazil we’ll need to defend even more and even better,” said the defender.

“But we still have total control over our own destiny in terms of going through. If we fight the way we did [against Portugal] and if we’re able to score, it should be possible to get out of this group.”

Drogba, sporting a cast to protect the arm he broke on June 4 also sounded an optimistic note.

“We were able to take a point against a Portugal side that was very dangerous, but we showed that we can play some good football and we can now concentrate on the match against Brazil.” — AFP