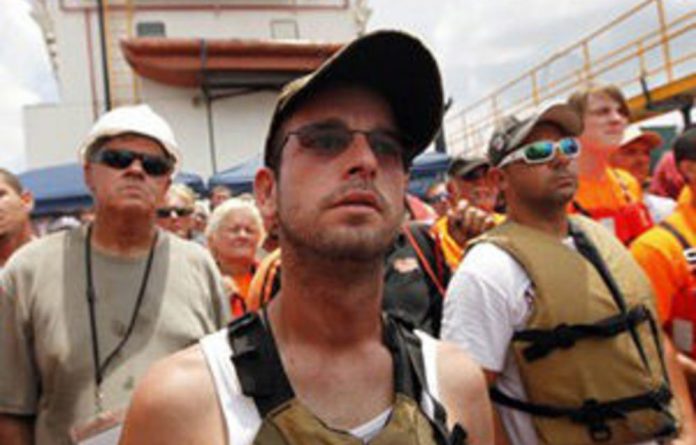 President Barack Obama, seeking to counter an image of detached leadership of the Gulf of Mexico oil spill, will demand on Wednesday that BP Plc set aside billions of dollars to pay damages from the catastrophe.

A day after he vowed to fight the spill “with everything we’ve got”, Obama was to meet at the White House at 10.15am local time (2.15pm GMT) with the energy giant’s executives, the first time he as done so since the crisis began nearly two months ago.

The worst ecological disaster in US history threatens to distract Obama from his domestic agenda of bringing down nearly double-digit US unemployment and reforming Wall Street.

Facing perhaps the biggest challenge of his presidency, Obama accused BP of “recklessness” in a televised address on Tuesday in the solemn setting of the Oval Office.

He also used the speech to call for broad legislation to break the US addiction to fossil fuels.

But he stopped short of offering specifics on his strategy for reviving climate legislation, a fight that could prove bruising in an election year when his Democratic party is struggling to defend its dominance in the US Congress.

Obama wants BP to establish a fund to guarantee it would cover the billions of dollars needed to clean up the mess and compensate people and businesses hurt by it.

The meeting with the BP executives, along with the Oval Office speech and a two-day trip he took to the Gulf this week, were aimed at showing a hands-on approach to dealing with the spill.

Opinion polls show most Americans believe Obama has been too detached in his handling of it and has not been tough enough toward BP chairperson Carl-Henric Svanberg and other executives.

Setting the tone for what could be a strong message to BP, Obama said on Tuesday he would “inform” the BP chairperson “that he is to set aside whatever resources are required to compensate the workers and business owners who have been harmed as a result of his company’s recklessness”.

“And this fund will not be controlled by BP. In order to ensure that all legitimate claims are paid out in a fair and timely manner, the account must and will be administered by an independent, third party,” Obama said.

The company executives “look forward” to a constructive meeting with Obama, a BP spokesperson said in a statement.

“We share the president’s goal of shutting off the well as quickly as possible, cleaning up the oil and mitigating the impact on the people and environment of the Gulf Coast,” the spokesperson said.

BP losing value
The stock of the company, which could face billions of dollars in damage claims from the spill, has lost about half of its market value since the spill began.

Investors in solar energy company stocks might be disappointed that Obama in his speech offered few concrete plans on clean energy, after bidding the shares up on Tuesday.

BP chief executive Tony Hayward, the public face of BP’s response to the spill and a target of criticism that the company played down the disaster, was not expected to attend the meeting with Obama.

But Hayward will likely face a grilling by US lawmakers on Thursday when he makes his first appearance at a Capitol Hill hearing.

Lawmakers on Tuesday heard from oil company executives who said BP had not adhered to industry standards in building its deep-sea well that ruptured in an April 20 explosion that killed 11 workers and unleashed the torrent of crude.

The spill has soiled 190km of US coastline, imperiling the region’s fishing and tourism industry and killing birds, sea turtles and dolphins.

Obama predicted, however, that in coming weeks that containment efforts should succeed in capturing up to 90% of the oil gushing from the well.

It is unclear what legal tools the Obama administration could use to force BP to set up an escrow account for damages.

“The president has authority under existing law to assure that the legal obligations of the responsible party have been satisfied. We are satisfied that should it be necessary, the president can use this authority to accomplish the purposes served by an escrow fund and independent claims payment procedure, ” a White House official said.

“The best and efficient course is to achieve a full, speedy and cooperative agreement with BP to the same effect, which is what we intend to do through the Wednesday process,” the official said. – Reuters