Aid trickles in for ‘immense crisis’ in Kyrgyzstan 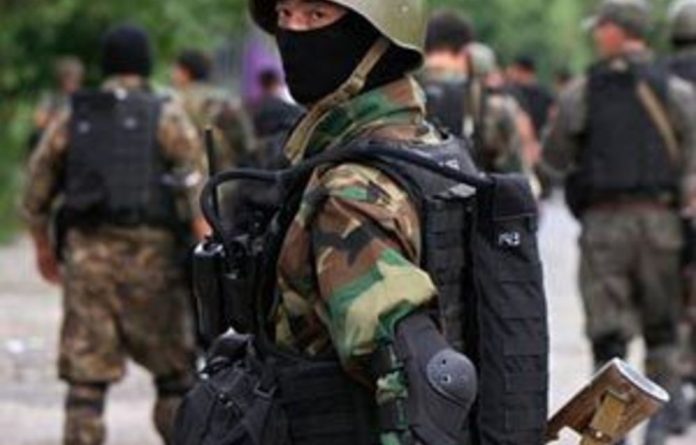 Foreign aid deliveries trickled in on Thursday for tens of thousands displaced by the ethnic clashes in Kyrgyzstan as the Red Cross sounded the alarm over an “immense crisis” in the country.

At least 191 people were killed in five days of fighting that started one week ago, the Health Ministry said in a new toll, although the last days have seen an uneasy calm in the affected area in the south of the country.

Neighbouring Uzbekistan has said it received more than 75 000 refugees from the fighting between ethnic Uzbeks and Kyrgyz, while aid agencies have said another 200 000 have been displaced within Kyrgyzstan itself.

Two planes carrying hundreds of tents supplied by the UN refugee agency, UNHCR, have arrived in Uzbekistan and four more are due to arrive by the end of the week, officials said.

Meanwhile, a plane load of relief supplies from the International Committee of the Red Cross (ICRC), including blankets, tarpaulins, cooking utensils and soap, arrived in southern Kyrgyzstan.

“It’s an immense crisis,” said Severine Chappaz, the ICRC deputy head in Kyrgyzstan, in a statement.

The ongoing insecurity and fear and shortages of basic necessities such as food, water, shelter and medicine were putting a “tremendous strain” on efforts to help the displaced in both Kyrgyzstan and Uzbekistan, said the ICRC.

The agency also described “credible” accounts of rapes and severe beatings after staff found several young women near Osh who said they had been raped, including one who was examined by a gynaecologist.

Amid fears that the death toll could be much higher than the official figures, the ICRC said that according to its workers, “several hundred people” had been killed in the fighting.

Brutal campaign
Refugees on both sides of the border have recounted horrific stories of torture and rape at the hands of heavily armed mobs who they accuse of conducting a brutal campaign to push ethnic Uzbeks out of Kyrgyzstan.

An Agence France-Presse (AFP) correspondent in the southern city of Osh, much of which was reduced to smouldering rubble by the fighting, said the city was for the moment calm as the government tried to assert control.

In Osh and Jalalabad, the other region hit by the clashes, AFP correspondents have seen buildings daubed with “KG”, to mark ownership by ethnic Kyrgyz, left untouched by the violence.

“Maybe some people were scared on the first day. But after many days of seeing bloodshed everyone stopped being scared,” 35-year-old lawyer Shavkhat Alimov said in Jalalabad.

Kyrgyzstan’s leaders have blamed the violence on ex-president Kurmanbek Bakiyev, who was ousted in protests earlier this year. Bakiyev, who took refuge in Belarus, has denied the charges.

Robert Blake, the top US diplomat for the region, was on Thursday visiting Uzbekistan before heading to Kyrgyzstan for talks on Friday and Saturday, the State Department said.

The riots were the worst inter-ethnic clashes to hit the impoverished Central Asian state since the collapse of the Soviet Union. Uzbeks make up 14% of Kyrgyzstan’s population of 5,3-million. — AFP