Chilly weather ‘shouldn’t be an excuse’ at World Cup 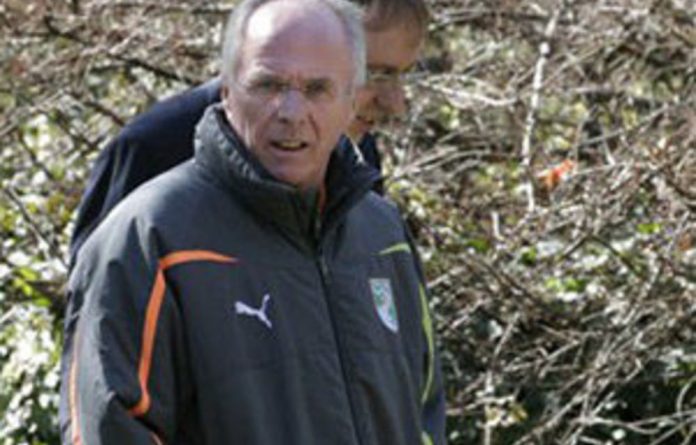 World Cup coaches have brushed off the challenge of chilly temperatures in South Africa but an expert on tactics says the cold could limit the showcasing of individual brilliance.

Many areas of South Africa have shivered as the mercury has plummeted since the tournament started, with temperatures in high-altitude Bloemfontein due to dip well below freezing in the coming days.

It’s all in stark contrast to the usual balmy weather that has accompanied football’s showpiece in recent decades in hotspots such as Mexico, Spain and the United States.

Despite the unusual conditions for a World Cup, the coaches and players do not appear to be concerned by the cold — even though some Brazilians deemed it necessary to don gloves for their match against North Korea.

“I think the players can play better when it’s cold than when it’s too hot. I think the weather shouldn’t be an excuse,” said Greece coach Otto Rehhagel, ahead of his side’s meeting with Nigeria in Bloemfontein on Thursday.

“We have come together here in South Africa. We know the temperature and climate here and we have to accept the conditions.”

Greek midfielder Sotiris Ninis said the cold would not be an important factor. “We have played repeatedly under similar conditions as footballers and we’re not going to be affected.”

‘ … a little bit cold’
Nigeria coach Lars Lagerback talked about the temperature in his opening comments to reporters a day before the Greek match at the Free State stadium. “It’s a nice stadium, even if it’s a little bit cold.”

But he said it had little impact on his team, adding: “For me anyway I think the last training before a match we’re almost doing the same every time and I think the players look really sharp and fit.”

The World Cup has so far delivered few moments of individual brilliance to match past examples and tactical expert Jonathan Wilson said the weather can be a key factor in the type of football played.

“The warmer and more humid the conditions, the harder it is to run, and so rigorous pressing, which requires almost constant running, becomes impossible. And a greater premium is placed on possession because regaining it requires additional effort,” said Wilson, author of Inverting the Pyramid: The History of Football Tactics.

“In the cold of South Africa, though, the northern European nations who prefer to play at a higher tempo shouldn’t suffer the disadvantage they would do in warm-weather competition, although the altitude issue may temper the effects of that to an extent.

“It’s no coincidence that the two Mexico World Cups [1970 and 1986], when there was both heat and altitude, produced fine attacking football and were dominated by individuals — Pele and Diego Maradona — who could not be constrained by the sort of systematised pressing that prevails in more comfortable conditions.” – AFP