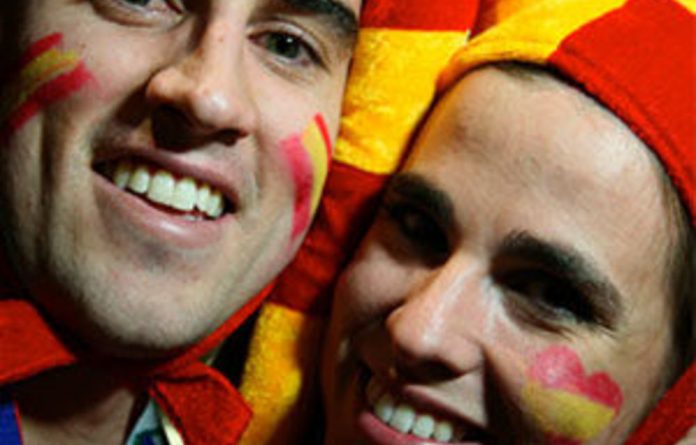 A dominant Spain got their World Cup campaign firmly back on track when David Villa struck twice to lead the European champions to a 2-0 win over Group H minnows Honduras on Monday.

Spain took early control against an error-prone Honduran side on a chilly night in Johannesburg and Villa, who also missed a second-half penalty, came close to an opening goal in the eighth minute when his long-range effort shook the crossbar.

His first of night came in the 17th minute with one of the best goals of the tournament.

Picking up the ball on the left, he cut between two opponents, turned inside another and lifted a shot into the top corner past Honduras goalkeeper Noel Valladares.

Chances were coming thick and fast and Fernando Torres, back in the starting line-up following his recovery from knee surgery squandered two openings in two minutes just after the half hour.

Villa appeared lucky to stay on the pitch shortly after when television replays showed he appeared to slap Honduran defender Emilio Izaguirre in the face but the referee took no action.

He doubled Spain’s lead six minutes into the second half when Jesus Navas cut the ball back to him on the edge of the area and his deflected shot looped over Valladares into the net.

After Navas was felled in the penalty area just after the hour, Villa had a chance for a hat-trick but sent his low spot kick wide. – Reuters