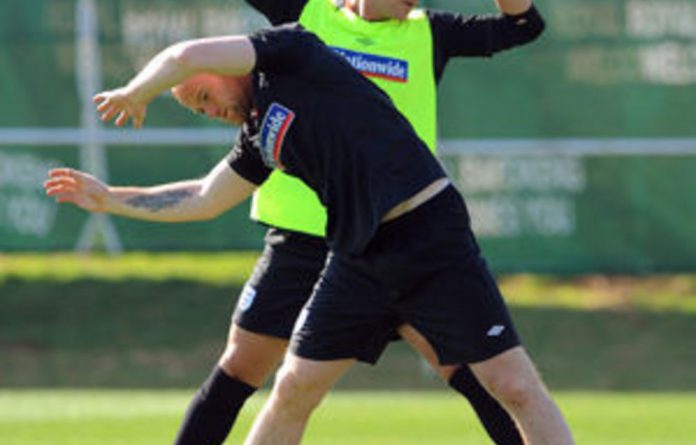 England, with John Terry’s mutiny quelled, take on Slovenia on Wednesday knowing they must raise their game considerably or face the ignominy of crashing out of the World Cup at the group stages for the first time since 1958.

The opening 1-1 draw with the United States and the uninspiring goalless stalemate with Algeria has left a team hyped up as one of the pre-tournament favourites with little room for manoeuvre.

Three points against Slovenia will ensure England progress to the last 16 and a possible date with Germany.

No room for error
Defeat and they will be heading for the airport, while a draw will leave their fate hanging on the result of the United States vs Algeria game being played simultaneously in Pretoria.

The build-up to this defining moment for England and Fabio Capello, who is widely expected to resign should they lose, has been overshadowed by Terry’s abortive challenge to the Italian’s iron-fist reign.

While the former skipper will start against Slovenia, Capello has left no doubt that he was enraged by the Chelsea defender’s public comments of discord in the England camp.

Capello responded by demanding a “big performance” from Terry to make up for for the player’s “big mistake”.

Terry’s Chelsea and England teammate Frank Lampard insists that media talk of a crisis meeting between the players and Capello were over-hyped.

“I’ve not read the reports but from what I hear, I think it has been completely overdone in terms of crisis meeting and things like that,” Lampard said, adding the players had sat through a video of their last match.

“The Algeria game had to be addressed and it was not nice viewing,” he admitted.

Boos from fans
Underperforming Wayne Rooney, Steven Gerrard and co. left the pitch in Cape Town on Friday night with boos from a section of their fans ringing in their ears – a sound even less appealing than the drone of the vuvuzela.

Capello says he is “mystified” at the gulf between England’s polished displays in qualifying and training and their toothless performances in Group C.

Yet as they approach this defining moment England can take heart from history.

In 1990 the Three Lions found themselves in a similar predicament.

Under then manager Bobby Robson they had opened their Italia ’90 campaign with two draws, against the Republic of Ireland and Holland, leaving them requiring a win against Egypt to qualify.

They made it, and went on to reach the semi-finals.

Then there is the more recent case of France, at the 2006 finals in Germany.

Shackled by the fear of repeating their woeful World Cup display in 2002 France began badly, drawing with Switzerland and South Korea.

That left Zinedine Zidane and his teammates requiring victory over Togo, which they achieved.

With qualification assured France went on to beat Spain, Brazil and Portugal, before losing the final on penalties to Italy.

Tough decisions
Capello believes his England can emulate the class of 1990 and Les Bleus four years ago.

“I hope that after playing a big performance the minds of the players will be free and we can play like the England that I know,” the Italian said.

The England boss must decide whether to make significant changes to his line-up.

One of Terry’s gripes for example was Capello’s refusal to play Joe Cole – arguably England’s best player in Germany four years ago.

With Jamie Carragher suspended, Matthew Upson will start alongside Terry in central defence while striker Emile Heskey could be replaced.

Unlike England, table toppers Slovenia need only a draw to progress after a 1-0 defeat of Algeria and a 2-2 draw with the United States.

“They (England) didn’t show the type of football we expect of them,” he said. “It gives us some hope, but we will see.”

Whatever happens on the pitch an electric atmosphere is assured off it with England’s sizeable travelling fan club set to wake up this sleepy Eastern Cape port.

Whether England wake up is another matter. — AFP

Mali and Ghana break through to Afcon semis

Tunisia go to the top with Morocco win