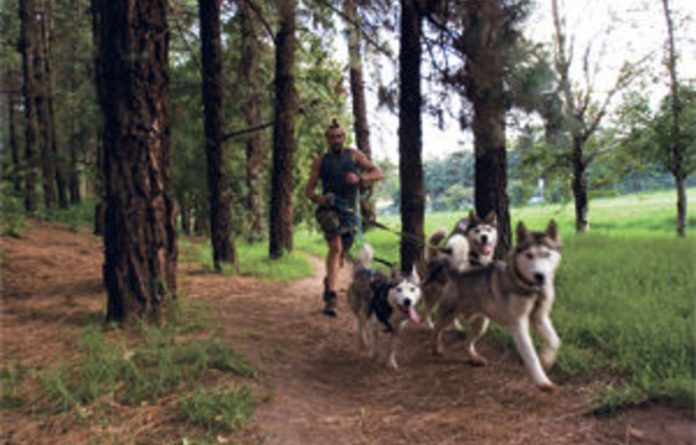 When science and policy are at odds, it is as if they are parallel work streams with no clear points of intersection.

Scientific controversies such as South Africa’s high-profile debacle about HIV and the causes of Aids, or the real and imagined effects of climate change, highlight how the dynamics of the context and content of scientific research influence the policy environment. Especially controversial science-policy gaps include social policies that were constructed on the fallacious science of skull and facial measurements and associated IQ tests.

The profound damage caused by Richard J Hernstein and Charles Murray’s 1994 book, The Bell Curve, endures even after Steven Jay Gould’s celebrated challenge to such science in the 1996 second edition of his book, The Mismeasure of Man. Less dire but still problematic science-policy divisions exist in South Africa’s nature conservation.

The state’s responsibility for species protection is principally shared between two departments — environmental aff airs and agriculture, fisheries and forestry. The legislation concerning only the second department lists trees — which means that nature is protected by different legal mandates and constituencies. This institutional arrangement obfuscates the purpose of governance.

Somehow, the level of seriousness is lowered because it is easy to imagine decision-makers squabbling about woodiness, height and other characteristics that define a tree. More seriously, the double effort in the institutional arrangement is not an intentional design feature aimed at greater legal efficiency. Rather, it reflects an institutional and structural history rooted in South Africa’s past.

When trees where considered as constituents of commercial enterprises (for the harvest of timber in indigenous forests and plantations), they were relegated to one government department; but all other nature conservation entities went to a ‘greener” department.

In the world’s best organised countries disparate institutional responsibility for the protection of trees and non-trees has long been unified into a single government department. This arrangement seems logical. But if in South Africa this bizarre territorial disjunction is aimed at complementary and synergistic species protection, perhaps there is a hidden advantage.

Red Lists are tools that help shape policies for environmental impact assessments, development planning, sustainable use, species trade and so forth. Few know that 2 000 (13%) of our country’s plant species (trees and non-trees) are in trouble. Mismatches between scientific lists and legal lists are a likely combination of misplaced purpose and the result of getting ‘lost in translation”.

At first glance,the high level of incongruence between Sanbi’s Red List and national legislation reflects a flawed information transfer from science to policy. This may be accounted for by the fact that science and policy have different frames of reference, social norms, language and even paradigms. But a less-discussed matter concerns the contrasting needs of science and legislation.

Short legal lists involve less paperwork, faster administration and implementation of legislation. Only basic training for environmental enforcement officials or staff from nature reserves and customs is required. In short, it makes economic and administrative sense.

On the other hand, lengthy Red Lists derive from the need for science to be expansive and rigorous. They also seem good for conservation because they steer public sentiment and NGO activities towards an apparently grave environmental problem and can improve the prospects of fundraising.

However, while policy is supposed to adapt to the findings of science, it is a mistake to idolise science as objective and independent. Even the recent hominid find of Australopithecus sediba at the Cradle of Humankind evoked mixed responses from the global palaeontological community, which is polarised into divergent schools; some have dismissed the find as trivial, a product of egotistical hype, while others argue for its watershed scientific significance. All science, in other words, is subject to questioning.

The highly respected American scientific journal, Conservation Biology, regularly reports on imprecision associated with Red Lists from around the world. Sources of inaccuracy include assumptions made when knowledge is insufficient or unconfirmed (geographic location, range size or the number of individuals in a population) or gradual losses of information and accumulated mistakes as data transfers through many hands.

Other interesting but often anecdotal sources of inaccuracy described from all over the globe are the Lazarus Effect (an extinct species that is rediscovered) or the Elvis Eff ect (purported sightings of an extinct species, so named after the king, who is reported all over the United States to be alive still).

An epic example of another source of error is that of deliberate fraud, such as the tale of Professor JW Heslop Harrison, an Oxford man who in the 1940s transplanted rare plants on the island of Rhum in Scotland. Reducing scientific uncertainty lowers the chance that legislation will reflect incorrect information.

So the scientific credibility of Red Listsn demands a high burden of proof, especially for countries with vast, poorly studied landscapes. Overall, be it Sweden or Sudan, scientific errors are difficult to avoid if an enabling research environment does not exist.

Such an environment must include sustainable finance for research and its development and robust interaction among a large pool of scientific experts. All this said, science-policy gaps are not insurmountable.

We have achieved enormous successes in closing HIV/Aids sciencepolicy gaps. And we are now at the start of a learning curve for the climate change and energy complex. These learning platforms are unique to the South African science and policy arena, and they offer a wealth of opportunities for nature conservation. So, who is going to lead the way?

Janice Golding
Janice Golding works from Toronto. CTV News. The opinions expressed here are mine alone, and will not always reflect those of my employer. Janice Golding has over 2846 followers on Twitter.
Facebook
Twitter
WhatsApp
Linkedin