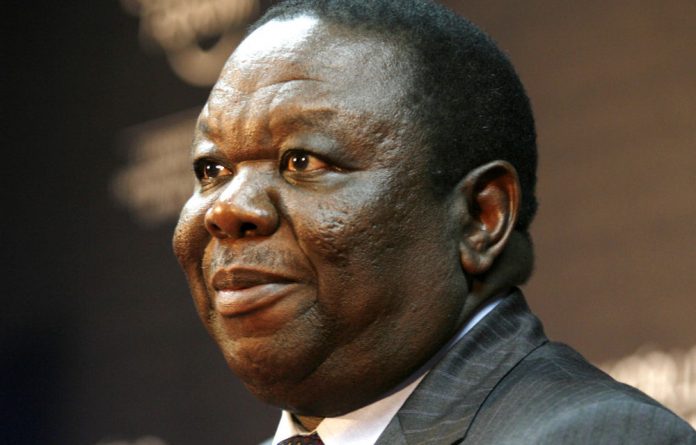 Zimbabwean Prime Minister Morgan Tsvangirai’s surprise reshuffle of his senior ministers is widely seen as an attempt to reassert his authority in the Movement for Democratic Change, although it has done little to end talk of a widening rift within his party.

Tension is said to be rising between Tsvangirai’s supporters and a faction loyal to Tendai Biti, the finance minister and the MDC’s secretary general.

But Tsvangirai is hoping the reshuffle will be seen as an act of strong leadership at a time when he is facing growing criticism over his “junior” role in Zimbabwe’s ruling coalition.

On Wednesday this week Tsvangirai admitted to growing frustration among his supporters over the MDC’s ability to drive real change from within the troubled coalition government and announced he was sacking two senior ministers and two deputies and reshuffling five other posts.

He told a media conference in Harare that the unity government had recorded “definite success” in stabilising the economy, restoring collapsed social services and licensing new newspapers. But he said the problems still facing the government outweighed those few successes.

“The pace of reform has been painfully slow. Abuses of power are still all too common. Many people are still struggling to make a living wage and provide for their families,” Tsvangirai said.

The two most senior victims of Tsvangirai’s reshuffle — Elias Mudzuri, the energy minister, and Giles Mutsekwa, the home affairs co-minister — were not random targets. By targeting them, he sought to appear in touch with public frustration over the slow pace of economic and political reform. The government faces a rising tide of public anger over increasing power blackouts, which was aggravated by Mudzuri saying he would suspend a tough load-shedding programme during the World Cup but days later even more severe blackouts hit the country.

Mutsekwa, who co-heads home affairs, which is in charge of the police, was moved to a smaller ministry. Tsvangirai has faced increasing pressure from supporters and human rights groups who accuse Mutsekwa of failing to stop the arrest of party activists and other rights campaigners.

Tsvangirai must also be aware that, in the eyes of the public, sacking ministers for incompetence also sets him apart from his coalition partner, President Robert Mugabe. Mugabe rarely fires ministers and has kept virtually the same group of loyalists in government throughout his 30-year rule.

Under the terms of the unity government each of the three coalition leaders can fire ministers appointed from his own party.

“This reshuffle is about the MDC delivering to the people of Zimbabwe what they are looking for — real change,” Tsvangirai said. The changes were a necessary response to “a loss of confidence in the administration among the electorate”.

The reshuffle is a gamble by Tsvangirai as it comes amid heightened internal divisions which recently bubbled over in public after youths from rival factions clashed at the MDC headquarters in Harare.

Both his and Biti’s factions are mobilising ahead of a party congress due next year. Tsvangirai does not face a direct challenge, having ensured amendments to the MDC constitution that removed term limits.

Mudzuri is a popular former mayor of Harare and known to be ambitious. His sacking is also being tied to the party divisions.

Tsvangirai’s replacement for Mutsekwa, Theresa Makone, is likely to raise controversy in the party. She is the wife of Tsvangirai’s most trusted ally, Ian Makone, who serves as his chief-of-staff. Three years ago Tsvangirai risked the unity of his party when he named Makone head of the MDC women’s league, despite a vote against her. Some of Tsvangirai’s supporters have been campaigning for Ian Makone to replace Biti as secretary general.