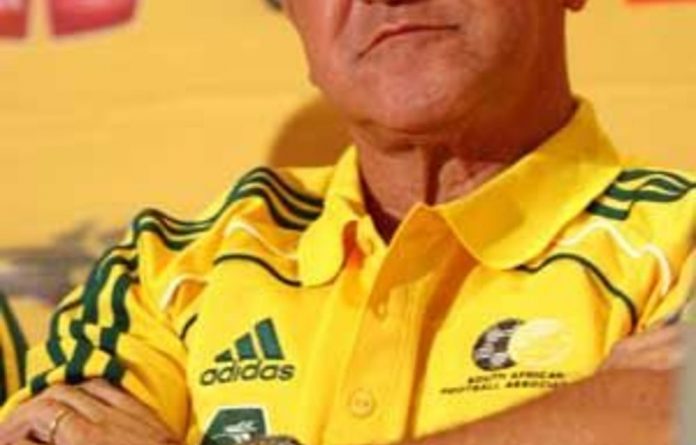 No coach has taken part in more Soccer World Cup’s than Carlos Alberto Parreira. Now 67, the Bafana Bafana boss has just chalked up his sixth finals appearance at South Africa 2010 and remains as enthusiastic about the competition as he has always been.

Speaking exclusively to fifa.com, the veteran Brazilian coach talks about his tenure with South Africa, the legacy he hopes to leave behind and the satisfaction he derives from seeing technically gifted players in action.

Carlos, what is your view of the World Cup so far?
Carlos Alberto Parreira: Life’s a funny thing, you know. I wasn’t the only one who thought we’d never see another World Cup like Germany 2006 again. The Germans are perfectionists when it comes to technology, organisation, structure and professionalism and the feeling was that the event was so perfect we’d never see another one like it. Now we’ve got the World Cup here in Africa, and to everyone’s surprise the stadiums, training grounds, hotels and even the weather have been great. Everything has come together and it’s been a fantastic tournament so far.

And what about the football you have seen?
The technical standard has been high and that’s because we’ve put an emphasis on quality and technique. Unlike athletics, swimming and other sports, football is a game where skill and technique are especially important. Strength and speed are necessary too but they’re not fundamental. If they were, then you’d just have runners and powerful athletes playing the game. After all, players need to be able to master technical aspects. As a South American it’s great to see how things have been going here. There’s only been one defeat so far, for Chile against Spain [Chile later lost to Brazil] and they only went down 2-1 after having a man sent off. South American teams are dominating, and they’re doing so with their technique and quality, which is what people want to see.

Ghana are the only African side left in the competition. What are their chances of winning the title?
Ghana did well at the last World Cup. They beat Czech Republic, who were one of the favourites, in a fantastic match and then they lost 3-0 to Brazil. But that was a really tough game for them. They’re an experienced and well-organised side now, with a coach who knows them well, and they’ve also brought in some of the U-20 World Cup-winning team. I think they’ve got what it takes to produce some more big performances.

A lot of people have been saying that the spirit in the Brazil camp is the same as it was in 1994. Would you agree?
I’ve got a few friends in A Seleção and they’re all telling me that the atmosphere is really good, and that’s essential. If it was just a question of quality, then we wouldn’t have gone 24 years without winning the title or reaching a Final. The mood in the squad looks really good and that’s obviously an important first step for the team. It makes everything else easier. The quality, history and weight of the jersey are already there and the team is technically accomplished too. There’s no doubt they’re one of the best sides in the competition.

How did you find the experience of coaching the host nation?
It was very different to the others, which is one of the things that attracted me to the job in the first place. When I came in people were critical of my salary but it’s not that high when you compare it to the best-paid jobs in football. I dealt with that in my first press conference here though. I said I hadn’t come for the money. I’m not a millionaire but I’m a man of independent means and I saw coaching the host nation as a challenge. I had to go back to Brazil after 18 months for personal reasons. Then Joel came in and I thought there’d be no way back for me. They had a good Confederations Cup and everything looked fine until they started having problems in the friendlies. There were a few things that a national coach always finds hard to deal with and they lost nine games in a row. That’s when they came out to Brazil and invited me back. I accepted their offer and I haven’t regretted it. You can see how football brings the country together and I’ve had a warm welcome back. I think I’ve worked hard and that’s how the whole ‘Make Us Proud’ thing started. That’s what people were saying to me in the street and it sounded good to me, so I started using it in interviews and the thing just built up from there.

How would you assess South Africa’s performance in the competition?
We know the football’s not strong enough here for us to become world champions and we don’t have enough players in the top leagues. That said, the team put on a good show and the people are very happy with them. We gave a good account of ourselves. We started well against Mexico, we finished strongly against France and the Uruguay game was a tough one. Overall, it was a positive experience. We’ve laid foundations for the future and in the 15 games since I returned last November we’ve lost just that one match to the Uruguayans. It would have been perfect to go through, of course, but we did well and I hope it helps lift the standard of the game here in South Africa.

What is your message for the game here? What is the next step they need to take?
The PSL is very strong and well-organised and there’s money there, but it doesn’t help that there are no youth leagues. You can’t make progress without them. Youngsters are the way forward, and it would be a good idea to invest in this. In Brazil we have a talent factory that runs 24 hours a day, shift after shift, and that’s our greatest strength. I’ve also put in my report that it might be a good idea to consider reducing the number of foreign players at clubs. There are a lot of them, five at each club, and if they want to stand out, then maybe it would be better to have a maximum of two only.

What is your future in the game?
I’ve already had offers from clubs and a couple of national teams in Africa and Asia. I don’t want to do anything right now though. I won’t be doing anything on the pitch until December. I have a few lectures and courses to do but nothing day-to-day and nothing that’ll stop me spending weekends with my family. — Fifa.com