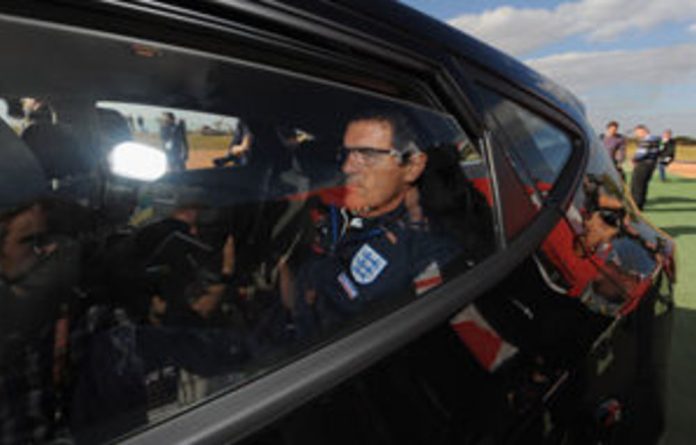 Lost in translation
It’s not hard to imagine Fabio Capello returning to Italy and, when asked about his experiences in England, uttering the words attributed to Ian Rush after the Welsh striker’s unsuccessful year with Juventus: “It was like a foreign country.” Rush never made a serious effort to become fluent in the language of his new home and neither did Capello.
The manager’s decision to hide behind the evasions and contradictions produced, even after two-and-a-half years, by his extremely limited English reinforced the impression of unproductive intransigence and made the media wonder whether he was as inarticulate in conversation with his players. No nuances in communication could have led to the unsubtle football we saw from the squad in South Africa.

Too many consiglieri
When Steve McClaren went to Holland to rebuild his reputation, Sir Bobby Robson gave him one piece of advice that turned out to be very useful: go alone, without your cronies. Capello arrived in England with a battalion of Italian advisers including one, Franco Baldini, whose job seemed to involve putting an arm around the players and leaking information to journalists.
This emphasised Capello’s remoteness and his unwillingness to establish relationships containing a necessary measure of personal warmth with the members of his squad.

The wrong fig leaf
When foreign managers arrive in England, they almost invariably select a home-grown assistant: Arsène Wenger has Pat Rice, Gérard Houllier had Phil Thompson, José Mourinho and Gianfranco Zola had Steve Clarke and Carlo Ancelotti has Ray Wilkins.
Some of those sidekicks play a genuine role but, for others, the job amounts to little more than providing a fig leaf of ethnic continuity and setting out the cones in training. Clearly Stuart Pearce was the FA’s idea rather than Capello’s. The manager’s lack of respect for his unsuitable assistant has been clear for all to see.

The Capello Index
A disastrous miscalculation, its announcement was foolishly timed to do the maximum damage to Capello’s authority on the eve of the final. This was much, much worse than any of Sven-Göran Eriksson’s extracurricular commercial adventures because it suggested that he was willing to make a public evaluation of his players’ performance for commercial gain. It cost him the respect he had been so freely given and represented the beginning of the end of the reputation burnished by nine victories in the 10 matches of the qualifying campaign.

Amending his contract
The next clue to his fallibility was his decision to ask the FA to remove the contractual clause that allowed either party to sever their agreement after the World Cup, meaning the deal would continue without its unilateral break options through to the finals of Euro 2012. Unnerved by last month’s strong suggestion that Massimo Moratti was intent on making Capello the successor to Mourinho at Internazionale in time for the start of next season, the FA caved in. Outcome: another disaster whose cost is now entirely dependent on Capello’s goodwill.

Giving in to panic
After losing a handful of players to injury and deciding that others were out of form, Capello unexpectedly panicked in the weeks before the tournament and contacted some disenchanted veterans who had announced their retirement from international football. Paul Scholes said the request had come too late, while Jamie Carragher agreed to help out.
This suggested first that Capello’s plans had not been as firmly grounded as we had thought and, second, that he did not, after all, trust England’s admittedly shallow pool of younger players.

Abandoning Walcott
The last-minute decision to discard the player whose hat-trick in Zagreb had bathed the qualifying campaign in a golden glow cast further doubt on the firmness of Capello’s judgment and resolve. Theo Walcott, he had insisted repeatedly, was “an important player for the squad”. An indifferent end to a league season interrupted by injury should have made no difference to the manager’s faith in the 21-year-old Arsenal flyer. The list of the members of Germany’s side who did not shine in the Bundesliga last season starts with Miroslav Klose, Lukas Podolski and Thomas Müller: the three goal-scorers against England.

The boot camp
Brought up in the Italian football culture, Capello has always put his trust in the ritiro: the sequestering of players in a hotel for a day or two before a match. One imagines it suited an ascetic temperament formed in the north-eastern province of Gorizia, his birthplace. Extending the concept to the several weeks of a World Cup campaign, however, proved disastrous.
Depriving the players of their wives and girlfriends was one thing; making them feel like the inhabitants of a sensory-deprivation chamber was quite another. Under Eriksson, the players were thought to have been overindulged. But why should they not at least have been encouraged to enjoy the experience of a World Cup? Here is where the internal resentment of Capello’s methods began to take root.

Silencing John Terry
Capello was right to relieve John Terry of the captaincy after the Vanessa Perroncel affair had provoked Wayne Bridge into leaving the squad, but he was wrong not to understand and accept the value of Terry’s attempted insurrection between the Algeria and Slovenia games, when the team appeared to be heading for imminent disaster. Instead of adhering to his autocratic style in that evening’s crucial team meeting, Capello should have drawn out the players’ views. — Guardian News & Media 2010

The Bond girl who sold Fleming a bit short