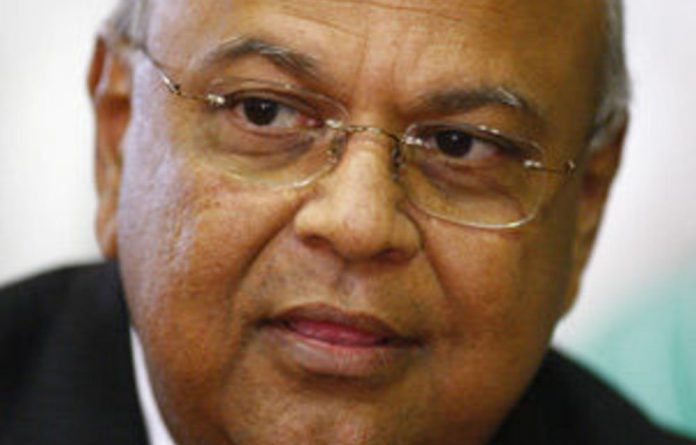 The tickets have been bought by government departments, public enterprises and municipalities.

The Treasury said in a statement that there might be legitimate reasons for ticket purchases to advance the business case of public enterprises and government departments.

However, concern had been raised about what action could be taken if the AG deemed this spending wasteful or fruitless.

Each director general was in turn accountable to Parliament for spending public funds.

“Parliament is the authority responsible for approving budgets and authorising the transfer of funds from the national revenue account to the relevant departments,” the Treasury said.

Outrage over state spending on seats at the world’s biggest sporting event has grown, with the known total spent on tickets climbing steadily in recent weeks.

The Passenger Rail Agency of South Africa (Prasa) paid R10,8-million for 4 570 tickets and the Airports Company of South Africa spent R4,67-million on 170 tickets for six World Cup soccer matches, including the opening match and Sunday’s final.

Prasa had originally hoped to acquire more than 50 000 tickets to sell as part of rail-travel packages, but Fifa could not confirm a booking of that size.

The South African Maritime Safety Authority (Samsa) set aside R2,2-million for tickets for stakeholders and high-performing staff members, and the Air Traffic and Navigation Services spent R1,4-million on tickets to invite stakeholders like Namibia’s permanent transport secretary to matches.

The Democratic Alliance slated Prasa’s ticket purchases, pointing out that like other state entities that spent millions on tickets it claimed to be short of funds to carry out its mandate.

“It is particularly an issue of concern that Prasa would see fit to spend such an en exorbitant amount on entertainment purposes when, by its own admission, it recently revealed that it needs R100-billion in the next 10 to 12 years to prevent South Africa’s passenger rail services from collapsing.”

The Road Accident Fund, which said its backlog of R40-billion in claims would have to be financed by a cash injection from government, paid R1,8-million for 600 tickets for the 2009 tournament.

The government warned departments before the World Cup not to waste money on tickets, saying exceptions would be made for the ministries of sport and international relations.

Most of the money was spent by semi-state entities, some of which have in recent years needed massive bailouts from the state to survive.

Eskom, which has been embroiled in a wage dispute that nearly resulted in a strike in the last week of the tournament, spent R12-million on World Cup tickets.

South African Airways splurged R23-million on match seats, just two months before getting a R1,6-million bail-out from the government, and the SABC R3,3-million.

Congress of South African Trade Unions general secretary Zwelinzima Vavi has criticised the purchases as a “most selfish way of spending money” while workers were asked to temper their wage demands in the national interest.

Planning Minister Trevor Manuel has argued that parastatals should be given greater leeway than government departments as they were companies that needed to socialise with clients.

“We mustn’t hyperventilate when the national airline takes tour operators and builds a relationship with them, because that is building the business.

“When you take a local authority or a government department and they spend taxpayers’ money on themselves it’s a different issue.” –Sapa