Less than the legend 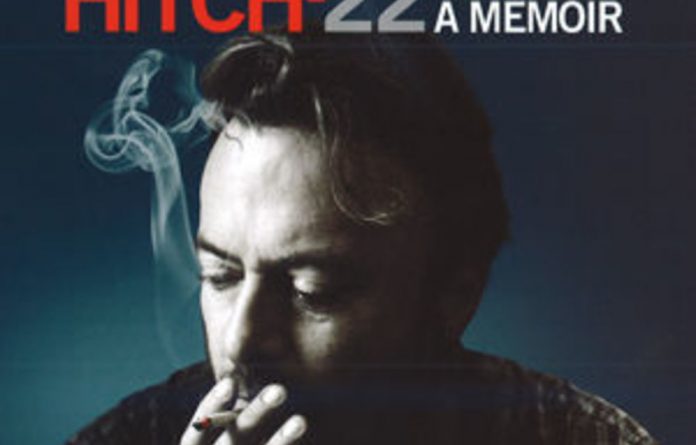 I’m not sure what a legend should look like exactly but I’m pretty sure it’s not this. The paunchy, middle-aged figure who opens the door at 10am has a crust of dried toothpaste around his mouth, an air of bleary dishevelment and the stooped shuffle of a man just out of bed and wishing he’d postponed the appointment to a less ungodly hour. Expecting to meet a sort of rakish Russell Crowe, I appear to have found a hungover Timothy Spall.

This is the legendary Hitch — one-time titan and hero of the left, latterly post-9/11 neocon turncoat — the man who took on Henry Kissinger, Mother Teresa, George Galloway, God and Saddam Hussein. Really? This guy?

Hitchens is in London to talk about his memoir, Hitch-22, a hefty work charting his path from Trotskyist agitator at Oxford in the 1960s to glamorous young New Statesman colleague of Martin Amis and Ian McEwan in the 1970s, prolific Washington pamphleteer and columnist throughout the 1980s and 1990s and international darling of the intellectual left.

Then came 9/11 and his dramatic political realignment, which reinvented him as the surprise poster boy for the neocon right. The memoir, as you might expect, goes into a lot of detail about why he thought we should invade Iraq and why he was right. What the left just does not get, Hitchens argues, is that “Islamofascism” is hellbent on destroying our civilisation and, unless you fancy being bombed back into pre-Enlightenment times, you should bloody well be out there on the barricades, fighting the good fight beside him. Anyone who disagrees is either stupid, cowardly, naive or too lazy to have bothered updating their political faculties “since Woodstock”.

Hitchens wants to make it clear that he has not written an autobiography, but the clarification is unnecessary given the book’s striking omissions. Yet he found the memoir more of a challenge than anything else he’s ever written. “I found that, well, what’s the argument here? And, of course, there isn’t one. You’re not making a case.”

To the great polemicist, this was a problem. His solution was to write “not a confessional” but what he calls “the context of the battle of ideas”.

Some readers will doubtless be gripped by his tales of assignations with guerrillas and presidents and judge at face value the case Hitchens makes for his ideological journey. But it is the chapters on his parents, both now dead, and the other private reflections that are more illuminating — more so, probably, than the author intended. Because, for all Hitchens’s stated contempt for the personal as political, I would say his opinions today owe more to his emotional world than to any amount of argument.
But Islamic fundamentalism presented a meaty foe and ever since the 1989 fatwa against Salman Rushdie, Hitchens says: “I knew there would be some huge intrusion into the heart of civilisation from barbarism.”

And so chief among Hitchens’ emotions by the end of the day on September 11 was “exhilaration”. “Because I thought, now we have a very clearly drawn confrontation between everything I hate and everything I love. There is something exhilarating about that. Because, OK, now I know what I’m doing.”

To say that Hitchens is stirred — even obsessed — by the question of courage would be to state the obvious. It seems therefore highly likely that his longing for the great Orwellian test — the momentous moral challenge to match the 1930s — might tempt him to overstate the threat of Islamic fundamentalism. “Do I ask myself,” he replies, “do I think our civilisation is superior to theirs? Yes, I do. Do I think it’s worth fighting for? Most certainly.” That wasn’t really the question.

For someone fêted for his adversarial prowess, I’m surprised by how often he sabotages an argument with a lurch into self-indulgence. For example, he has written at length about the failings of Guantanamo Bay. But then he says to me: “Guantanamo slightly threatened at one point to change my attitude towards capital punishment. I thought it would have been good if some of those people could have been taken out and shot. Yeah, put up against a wall. Lincoln would have done it. Of course, I would have been against it if they had. But that’s how I felt.”

Similarly, his memoir contains an extended and frankly sentimental tribute to an American soldier killed in Iraq, an intelligent young man with deep misgivings about the war, who had been persuaded to sign up only by reading Hitchens. (“Sentimental? I was hoping to avoid sentimentality,” Hitchens objects — and to his credit it’s the only criticism that visibly offends him.)

If he really wanted to win the argument — that the war was worth it, however tragic the loss of life — surely a shrewd polemicist would honour Iraqi civilian deaths with the same grief he accords one American soldier?

Isn’t the measure of its strength how many people he persuades? “No, it’s interesting because I don’t want to make that the test. It isn’t what gets me out of bed — how many people can I win over today? No, it isn’t. It’s the enjoyment of the combat — in part for its own sake, sure but also to give a good representation, I hope, to the people whose principles are in common with mine.”

The march of time certainly hasn’t altered one thing about Hitchens, which is, alas, his unaccountable pleasure in word games of the most puerile variety. Page after page is devoted to the infinite hilarity derived by Amis, Rushdie, McEwan and Hitchens from substituting in the titles of well-known books, films and songs the word “dick” for “heart”, or “fuck” for “love”, or “cunt” for “man”.

“Oh, I know,” he says, chortling, when I bring this up. “Shameful.” He surely can’t still find these jokes funny, can he? ‘Oh yeah, I do. I sometimes wake up laughing at them. Yup. Never get bored of it.” And this from a man who once wrote that women weren’t funny.

“No, come on,” he says, grinning cheerfully, “you have to admit some of them [word games] are funny.” Emphatically not. He giggles, looking boyishly delighted.

Poetry, he volunteers, always played an important part in his impressive sexual success. “You’re disarming yourself in an important struggle if you can’t produce a fucking sonnet. What if I had to try on my own merits? You’ve got to have some sort of reserve arsenal.” He looks incredulous when the photographer, a very beautiful young woman, expresses doubt about the efficacy of this seduction technique.

“Oh no, not if it’s done right,” he says knowingly. Go on then, I say. Give us a demonstration. “Maybe at lunch?” he suggests, cheering up immediately. “Let’s have lunch, and make a day of it.” And so, inevitably, we adjourn to the pub.

As for alcohol, he trots out all the usual self-serving, defensive evasions: “For me, an alcoholic is someone who can’t hold his drink” or “I’m not dependent, but I’d prefer not to be without it.” The longest he has ever been was a dry weekend “in fucking Libya” and he claims he drinks only to make other people less boring.

I wouldn’t say he’s exactly boring himself when dry, but drink certainly makes him livelier company than the 10am sober version, and we pass a highly enjoyable few hours in a pub garden, during which he tries out successive renditions of a Shakespearean sonnet, Being Your Slave, What Should I Do But Tend, on the photographer.

“Well?” I ask her.
“Give her time to let it sink in!” he objects.
“Um,” she ventures. “I’m feeling something like blind panic.”
“Really? No!” And he’s off again. “Being your slave what should I do but tend/ Upon the hours and times of your desire?”
“My feeling,” she reports kindly after he finishes, “is that I would be more seduced by argument.”
“Well, I’ve got arguments!” he says, laughing. “You want arguments? I’ve got arguments!”

He certainly has. But quite how they’ve earned Hitchens his status as a legend, I am at a loss to say.

Why does he say to the barmaid, “Put a Xerox in that” when he wants another drink? He’s meant to be an international sophisticate, not a home counties golf club bore.

“I think it’s rather ingenious,” he says. “You don’t want to say, ‘Same again’, like everyone else. It works like a sonnet. It gets them every time.”

On our way out of the pub, a man leaps to his feet with a smile. “Ah, Mr Hitchens! I’m a great fan. Still am! Just not politically.”

He gestures to the empty seat beside him. I leave and Hitchens settles down happily beside the stranger, ready for another Xerox. — Guardian News & Media 2010

Hitch-22: A Memoir, by Christopher Hitchens, is published by Atlantic Books