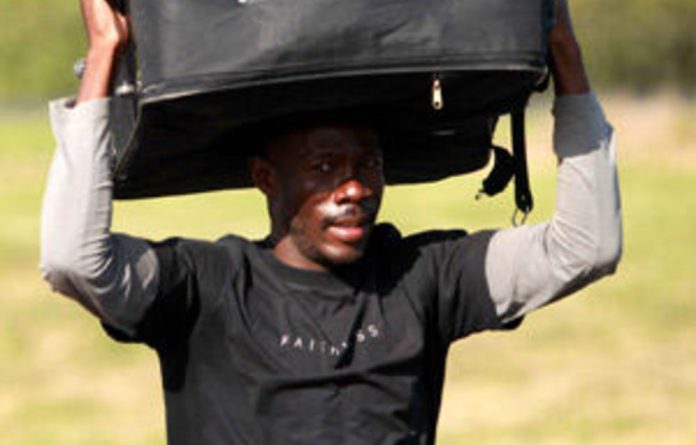 Police and the army moved into Western Cape townships on Monday following sporadic xenophobic violence, as Police Minister Nathi Mthethwa rushed to the province to assess the situation.

Provincial authorities said scores of foreigners had sought refuge at police stations on the Cape Flats and in the countryside following attacks on shops kept by foreigners.

Sisulu said in a statement the army would do all it could to help the police and vowed that anybody who targeted foreigners would be “dealt with”.

“Opportunistic criminals must know that we will deal with them harshly, there is no way we will allow them to spread fear and crime. We are working very hard to find them and prosecute them,” she said.

Police spokesperson Captain Frederick van Wyk said that on Sunday night there were “sporadic incidents of looting” at shops belonging to foreigners.

“Police responded and a heavy police contingency was deployed in conjunction with metro police and SANDF in all these areas,” Van Wyk said.

Seven men, aged between 19 and 30, had been arrested in the Nyanga area. They were charged with public violence and would appear in the Phillipi Magistrates’ Court on Monday.

Law order
“SAPS will continue to deploy in high numbers to maintain law and order in the mentioned areas. Tranquillity has been restored and no further reports of violence have been reported.”

Spokesperson for provincial disaster management Daniella Ebenezer said earlier that 70 foreigners had sought refuge overnight at the Mbekweni police station in Paarl and 22 at Wellington. There were smaller numbers at police stations in Franschhoek, and Langa and Harare on the Cape Flats.

They had gone there “mainly because they were fearful”, but in some instances following attacks on shops.

Ebenezer said there were “sporadic” attacks on shops on Saturday in the region, and “some incidents of looting” on Sunday.

No one had been seriously injured.

She said that according to reports from police, spaza shops and containers also used as shops were “damaged” in Mbekweni, Paarl East, Wellington and Nyanga on Sunday.

The province and municipalities were ready with contingency plans, she said.

Die Burger newspaper reported on Monday that shortly before midnight on Sunday, police advised foreigners, mainly Somalis, to leave the Cape Flats township of Nyanga, and escorted numbers of them out of the area.

The newspaper carried a photograph of Somali spaza shops in flames in Philippi, also on the Cape Flats.

There have been rumours that xenophobic violence was likely in the aftermath of the Soccer World Cup and that foreigners were fleeing the Western Cape in anticipation of attacks.

Mthethwa last week angrily dismissed the speculation. He said an investigation had shown that those leaving were foreign migrant workers returning home. He accused politicians who had raised the spectre of violence of being “peddlers of fear”. – Sapa