No country for young women 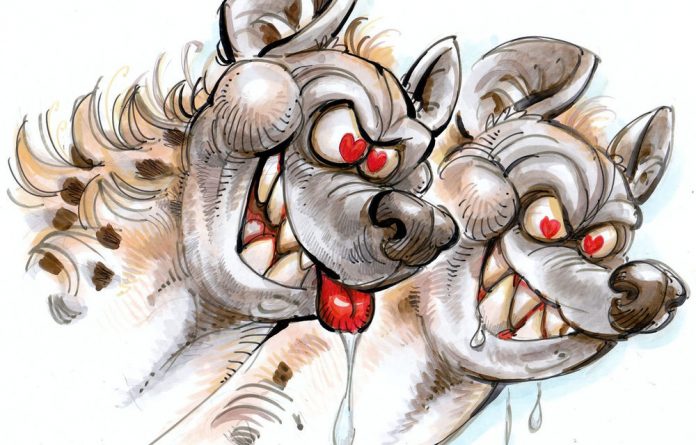 I’ve come to the conclusion that ours is not a country for young, single women.

My poor sisters. Luckily, the one is married (to a farmer, nogal) and the other is in a stable, long-term relationship with a would-be engineer whom I like.

But the other 10 million of you out there, I feel for you. I’m glad I’m not you. If I were, I would probably have retreated to a life of celibacy long ago.

Let me explain. This morning I was standing in the queue at my local supermarket. The two young South African men queuing in front of me were comparing notes on their cellphones — pictures of women they’ve slept with over the past nights, months and years.

The last time I experienced this kind of intense backslapping and ululating was at the Ghana versus USA game.

Then a beautiful young woman came by, probably wanting to buy some fruit, bread or shampoo. The two hyenas reacted like real experts of the female race. “No, she’s from Congo. Congolese women don’t like local boys. They only like Congolese men, you know.” As if you have to dig South African men to be a real woman. (And, let’s just clarify, the two brothers in front of me wouldn’t make the cut for the covers of GQ or Men’s Health.)

C’mon guys, where does this blown-up self-image of ourselves come from? With our high rape and abuse figures, we’re not exactly the Casanovas of the world or, for that matter, Africa. And with young men like Julius Malema as our leaders, can you really blame women from the Congo for not falling on their knees and begging for the hand of any South African man they see?

Of course, there are a lot of decent, mature, intelligent and well-mannered South African men out there. But my female friends tell me they’re all taken.

I feel for you, my sisters who go to shopping malls to shop or to the gym to, uhm, work out. That is, of course, the other hunting ground for the big-egoed hyenas with dicks for brains.

Recently I almost reported a gym instructor to the Equality Court for abusing a young woman on the treadmill, trying to burn some kilojoules.

“Hey baby, how are you?” he said while she was huffing and puffing on the running machine. Surely, if she wanted to make conversation or chat up guys, the treadmill would not be the place she would go to?

But no, Mr Muscles didn’t get the message and kept on asking stupid questions like “When are you coming in again?” or “Are you enjoying the running?”, while she focused on her running and dismissively replied with one-syllable answers.

My dear, single, young sisters. I don’t know what the answer is. Maybe dating websites where you actually go to find a date and not to buy toothpaste or work out?

Then again, I can just imagine all the creepy hyenas trying to pick up girls in cyberspace. But at least you won’t have to face their blown-up egos in the flesh.