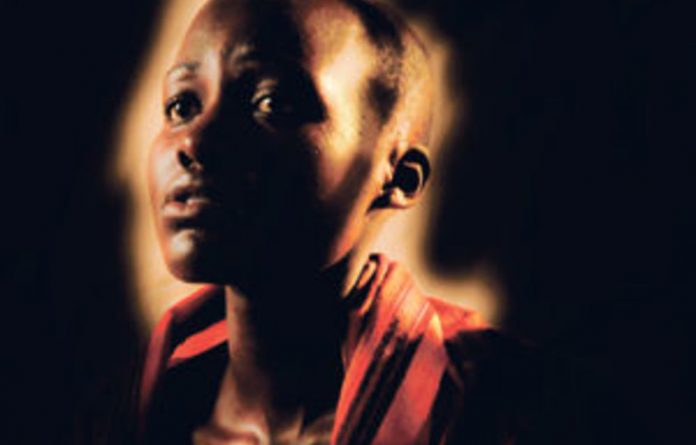 That’s how MTV describes Shuga, a three-part drama about the lives of a group of students in Nairobi, Kenya, who play with cars and lovers and, above all, risk. It’s a gripping three-part story of sex, ambition, hopes and fears and was shown all over Africa towards the end of last year to packed halls.

What MTV and its heavyweight and highly serious backers, Unicef and Pepfar (the United States President’s Emergency Plan for Aids Relief) could not know until now was whether the fate of Ayira, the modern girl who wants it all — including her long-time love and an older man — and her friends would have any impact on its young audience after the credits had faded. Shuga and two other dramas, made for Caribbean audiences and the Ukraine, are soaps that their makers hope can save lives.

Unicef and Pepfar worked out priority messages to get across to young people through the story, about having multiple sexual partners, about the need to get tested for HIV and about stigma. The messages were, says Georgia Arnold of MTV, who pioneered the channel’s Staying Alive shows more than a decade ago, “almost subliminal”. But the good news is that it seems to have worked.

Researchers at Johns Hopkins University in Baltimore were asked to assess the impact of Shuga and of Tribes, the drama made in Trinidad and Tobago, which were at the heart of what MTV calls its Ignite campaign, involving social networking, counselling and testing linked to organised screenings for people without TVs in the home.

Tribes did reasonably well: it was seen by 8% of the youth of the country. But Shuga took Kenya by storm. A survey found that 60% of Kenyan youth had seen it and they knew the main messages from the show and could identify the lessons to be learned.

Almost 50% of groups of viewers who were interviewed talked about the characters and the messages with close friends, but also with family and acquaintances — although only 15% talked about them with a partner. More than 90% of the Kenyans and 50% to 60% of a panel of young Zambians said they believed the show had an impact on their thinking.

Nobody knows whether a single viewer did anything differently. But all the evidence says that the more people think about it and talk about it, the more likely they are to opt for safer sexual behaviour, such as using condoms and having only one partner at a time.

Shuga works because young people identify with the characters, says Arnold. “They are great, sexy, passionate actors and actresses and people clicked with them. The aim was to make a really good drama that people would watch. There’s always going to be a didactic element, but you can make it in a way that it seeps to the back of the brain,” she says.

The show is very sexy but careful not to be too explicit: underwear rather than nudity, writhing rather than body parts. But many of the 85 broadcasters in more than 100 territories to which MTV gave Shuga still opted for a slightly censored, what Arnold calls “pre-watershed”, version.

But she doesn’t think a young audience seeing the uncut Shuga would be shocked. It reflects their reality, she believes. “You have to be able to show sex. The likelihood is they are having sex themselves,” she says.

Eric Goosby, who heads Pepfar, says “there was a sense of challenge in bringing together public-health experts and creative talent to create something that was both scientifically accurate and having a ‘cool factor’.” Pepfar and Unicef, as well as providing technical help, worked on gaining commitment from the Kenyan government: “The relationship with the Kenyan government was particularly important because of the sensitive nature of the content.”

Jimmy Kolker, head of HIV/Aids at Unicef, says there was a real need to reach adolescents and young people, which had made Shuga “a very attractive proposition for Unicef.” There had been concerns and there were a few uncomfortable things for the UN children’s agency along the way, but “I thought it had to be realistic”, he says.

Kolker was at the premiere in Nairobi and saw how young people loved it. “What was even more important was that it got a buzz,” he says. “Kids themselves were using social networks, particularly SMS, to talk about it. It certainly didn’t need Unicef to promote it.”

The research from Johns Hopkins has confirmed what MTV, Unicef and Pepfar hoped from this type of docudrama: Shuga II is now being planned. — Guardian News & Media 2010

Attempts to avert HIV are off target

How technology can give Olympics a winning edge

US grapples with neglect of HIV