Tearing knickers off with a growl 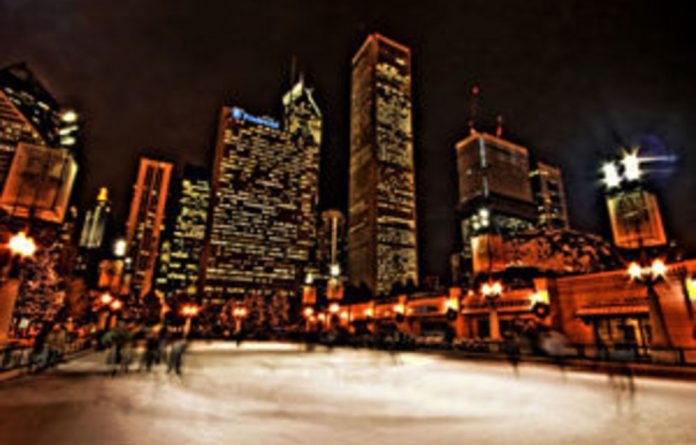 So I’m in a blues club out on Halsted and Big Time Sarah walks in with snow on her hair. The band is shouting, “Get on up here”. And that dame grabs the microphone and belts out a tune: “They call me Fanny Mae and I’ve got the biggest tits in town!” Then Jimmy comes in and says Carl Weathersby is blowin’ over at Kingston Mines and we just gotta see it. Big Time says she’s coming too and we all pile out into the snow — Jeez, it’s 20 below — and run over the road. And inside Jimmy grabs a five-string bass and they are jumpin’.

Okay, I apologise. I am going to stop the Kerouac pastiche now. And yet, all of the above is true. I hadn’t known a soul when I walked in the club called B.L.U.E.S at midnight, but when I ran out, it was with half a dozen new friends. A typical night out in Chicago’s blues clubs, one rather like that Fifties “wild bop night” in On The Road when Sal Paradise and Dean Moriarty race around Chicago’s jazz joints.

Ever since I stepped into a Nottingham music shop at 14 years of age and bought an album by Sonny Boy Williamson, I’ve had a yearning to get out to Chicago and see those legendary clubs for myself. My big regret was that I’d left it so long. Landing at O’Hare airport and taking a cab through the majestic gothic skyscrapers of downtown Chicago, I have a nagging anxiety in the back of my head: All those great blues musicians are dead, aren’t they? And this is America. What I’ll be served is tourist blues: a tinsel-tasting soup of theme park clubs and drama students playing at being Muddy Waters.

Steam is rising from the Tribune Tower by the river and the sidewalk is dotted with warning signs for falling ice. How, without Batman-style powers, I wonder, do you dodge falling ice? We drive under the famous “L”, the overhead train, and I drop my bags at The Blackstone, a wonderful hotel downtown, near Grant Park. Chicago’s notorious gangsters had their first convention here back in the Twenties.

From there I head to City Hall to meet Barry Dolins, who organises Chicago’s annual blues festival. This year’s bash will, he tells me, be in honour of Howlin’ Wolf, who was born a century ago. Wolf was the most distinctive of blues singers: his demonic growl could tear a girl’s knickers off at 20 paces.

Not that Dolins puts it quite like that. He came to the blues as a fan and stayed as an academic, studying its arrival in Chicago in the Twenties.

“When they cleaned up New Orleans and the Storyville district, many musicians — such as King Oliver and Louis Armstrong — moved to Chicago. Thousands of poor black people came, working in terrible conditions in the slaughterhouses and steel mills of the South Side. They needed to keep the community together so they had house parties — good food, homebrew and music. Mostly it was with a piano, but then players such as Tampa Red created the ensemble and went electric. By about 1952 you have the Chicago electric blues sound,” said Dolins.

What Dolins makes clear is that I needn’t have worried about missing out on the greats — the blues lineage is still strong: “It’s definitely still a mecca for blues — a real incubator for coming talent. And a few of the old guard are still playing: Billy Boy Arnold, for example, and Honeyboy Edwards, who is well into his 90s. Edwards goes way back — he was with Robert Johnson the night he died [supposedly poisoned] in 1938.”

Rosa’s and Lee’s Unleaded are on the South Side. Sadly the latter is only open at weekends and my timing is wrong. With Buddy Guy, however, I have got it right. The guitarist, who is now in his 70s, plays a long series of dates every January and I’ve got a ticket to one of the sell-out shows. Guy is a total entertainer: funny, wise, rude and, of course, a stormily brilliant guitarist who still does all the tricks that Jimi Hendrix learned from watching him — playing with his teeth, using feedback, wild man tactics followed by sudden calm.

Next day I meet Guy at the bar of his club — he remains very accessible, like all the musicians on the blues scene — and we chat about his move from Louisiana to Chicago back in the Fifties.

“I got here 53 years ago and Howlin’ Wolf, Jimmy Reed, Muddy Waters — all of them was in their prime. You could leave out this door here and say I wanna hear Jimmy Reed, but he’s five blocks away, and you were walking and never made it to Jimmy Reed ‘cos there was all small blues clubs with their front door open.”

Guy played as session musician on many classic recordings made in a tiny studio, which was home to the legendary Chess Records. Despite a burgeoning reputation among other guitarists, Guy never hit fame — Leonard Chess, owner of the record company, thought his style too wild. It was only later that it proved to be the shape of things to come when Hendrix and other guitarists started copying his style.

On my last night in town, I head out west to Rosa’s, a well-known club with the typical blues-joint decor and atmosphere: low lights, a long bar and plenty of souvenir photographs and instruments dotted around the place.

Snow and plummeting temperatures have kept many people away, but the Pete Galanis Band get some heat going (they play Rosa’s every Tuesday and Friday). Between sets, Tony Mangiullo, the club’s owner, tells me how he came to Chicago from Italy 40 years ago. He was a drummer in his home town of Milan when Junior Wells and Buddy Guy came through on tour. The Italian so loved their music that he jumped on the next plane to Chicago and ended up sleeping on Wells’s sofa while getting drumming gigs.

“My mamma came a year later to take me back,” he tells me, grinning.

Things didn’t quite work out how mamma intended. In fact, she fell in love with the blues too. “She never went home,” says Mangiullo. “Instead we opened a club.”

Sounds to me like someone ought to write a song about it. — Guardian News & Media 2010