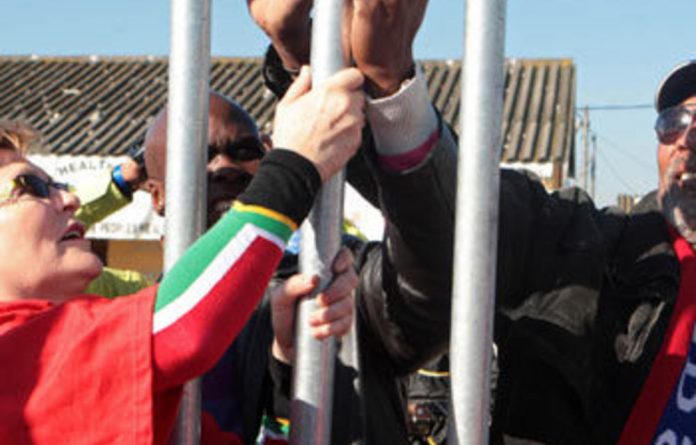 Democratic Alliance leader Helen Zille has slammed political analysts who argue the DA should remain a party that represents minorities.

In her opening address at a federal congress at the Cape Town International Convention Centre, Zille argued the party’s recent successes in by-elections was proof it was breaking through the “race barrier”.

Earlier this week the party won another by-election in the the Western Cape, taking Mitchells Plein from the African National Congress.

The loss of the district was a blow to the ruling party, particularly as heavyweights had moved in to campaign in the area, including Trevor Manuel, Naledi Pandor and Julius Malema.

The win, argued Zille, was evidence that democracy in South Africa was working.

“Voters who change their minds are not disloyal, on the contrary, this is the stuff of which all successful democracies are made.”

Extending influence
The DA has long struggled to shake off its public image of a political party that represents white, middle-class South Africans. The congress will examine ways for the it to extend its influence among poorer, black communities.

The DA is working hard to establish an alternative record of governance to that of the ANC.

Zille stressed the importance of the party’s work in areas where it had not yet won elections, and called on delegates to become a party of activists.

“I often speak about the importance of becoming a party of government. But we can only do so if we are good in opposition,” she said.

Zille listed success in the Western Cape, which the party now rules, as signs that this strategy was succeeding.

These included increased procurement from black owned SMMEs by the city of Cape Town from 40% under the ANC to 60% under the DA, and the decrease of crime in central Cape Town by 90%.

Coalitions crucial
Part of the party’s strategy to grow its support base was the consolidation of opposition politics. The party is working towards a merger with the Patrica De Lille’s Independent Democrats.

Referring to the number of coalitions that the party had built in the past, Zille acknowledged that in some cases they have been less than successful.

“We have sometimes been held to held to ransom by parties with minimal support. Some or our coalitions have failed,” she said.

“Despite all this, I remain convinced that coalitions are a crucial step in the realignment process. We must now move to the next step.”

De Lille is set to address the congress on Sunday morning.