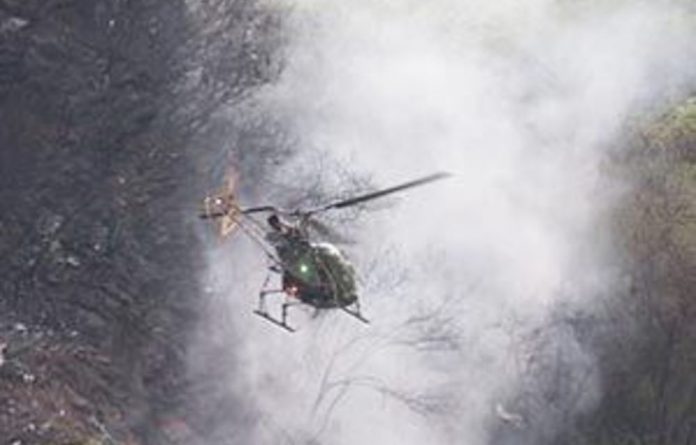 Pakistan on Thursday observed a day of mourning for the 152 people killed in the country’s worst aviation disaster, as rescue workers searched for the aircraft’s black box.

Investigators hope the flight data recorder will give clues to the exact cause of Wednesday’s crash, which occurred amid heavy rain and poor visibility in the hills outside Islamabad.

The government said all possible causes would be investigated, including terrorism, bad weather and sabotage, although officials gave no indication that an attack might have been to blame.

Two Americans, an Austria-born businessman and seven children were among the 152 people on board the Airblue flight ED 202 from the southern city of Karachi.

The Airbus 321 was coming in to land at Islamabad’s Benazir Bhutto International Airport when witnesses saw it flying at an unusually low altitude before hearing a deafening boom.

The plane disintegrated into a gorge between two hills, enveloped in cloud and some distance from the road, severely hampering rescue efforts and limiting visibility for helicopters hovering overhead.

“I saw a big ball of smoke and fire everywhere, with big pieces of aircraft rolling down the hill,” police official Haji Taj Gul said.

Health officials said DNA tests would be the only way to identify many of the remains.

Officials suggested the flight had been diverted due to bad weather, but it was unclear why the jet was flying so low and close to the Margalla Hills — off the normal route for aircraft arriving from Karachi.

Information Minister Qamar Zaman Kaira said the black box had not yet been recovered, after earlier announcing that it had been found.

“At that stage I had less information. The fresh information I have is that the black box has not yet been found and at the moment we cannot say something about the causes of the crash,” he said.

“All we could see were charred hands or feet. I collected two heads, two legs and two hands in a bag.

“We shouted if anyone was there alive, but heard no voice,” he said.

Prime Minister Yousuf Raza Gilani expressed his grief over the “tragic incident” and offered prayers for the dead.

US President Barack Obama offered his “deepest condolences” to the families and friends of those killed. UN chief Ban Ki-moon said he was “deeply saddened” by the tragedy and China’s President Hu Jintao also conveyed his condolences.

Airbus said the single-aisle plane was a relatively young 10 years old, and the European company offered its full assistance to Pakistani investigators.

Airblue is one of Pakistan’s most respected airlines. It has been operating only since 2004, using new Airbus A320 and A321 aircraft on domestic routes and international services to Dubai, Sharjah, Abu Dhabi, Muscat and Manchester.

Wednesday’s crash was the worst in Pakistan, but the deadliest civilian plane crash involving a Pakistani jet came in 1992 when a PIA Airbus A300 crashed into a cloud-covered hillside on its approach to the Nepalese capital Kathmandu, killing 167 people. — AFP