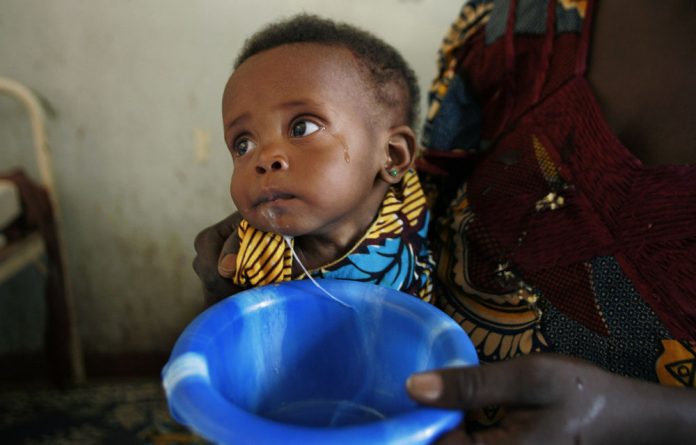 A major food crisis in West Africa’s Sahel region is threatening the lives of 10-million people, including hundreds of thousands of children, and aid workers need international support to respond before it is too late.

Thousands of others in parts of Mali, Burkina Faso and northern Nigeria are struggling to survive.

The spectacle of dead cattle — the equivalent of lost capital — is becoming common. In Niger the nutritional crisis has deteriorated, with more than 114 000 children treated during the first semester in feeding centres for malnutrition.

Survival strategies include the poorest going for days without a meal. United Nations agencies — the Food and Agriculture Organisation (FAO), the Office for the Coordination of Humanitarian Affairs, Unicef, the World Food Programme and the International Federation of Red Cross and Red Crescent Societies have all warned of the dire conditions.

Donors have contributed millions of dollars, allowing agencies to undertake therapeutic feeding of children, food aid, distribution of veterinary products and seeds, food-for-work and cash transfer programmes, with the aim of saving lives and livelihoods. But more money is needed.

In Niger at least $229-million is still needed to finance an emergency response plan. The five agencies alone need close to $50-million for Chad. Several more millions will be needed if conditions in Mali, Burkina Faso and northern Nigeria deteriorate.

The money will finance life-saving activities, including the cost of transporting food to remote areas of Niger and Chad, distributing food aid and administering interventions to almost 860 000 children under the age of five threatened by severe malnutrition. It will support more than nine million people who rely on agriculture and livestock as their main livelihoods.

At this critical time, the humanitarian community is asking governments, the private sector and individual citizens to contribute. Every cent counts. Timely donor contributions will allow relief workers to do what they do best — save lives and preserve livelihoods.

The emergency has again raised the issue of sustainable solutions to the region’s repeated food shortages. As in 2005, 1984 and in the 1970s, the current crisis is not just about food it is also about endemic poverty. It deserves to be placed on the agenda of the most influential institutions.

Amid the focus on Haiti and other humanitarian crises, the world should remain engaged in the Sahel where access to food and other basic needs are daily challenges.

Generalised poverty and human vulnerability have led to deteriorating peace and security in an already insecure region. The boat-loads of young men and women who risk their lives to enter Europe illegally join the ranks of transnational criminal groups, or take part in drug trafficking, all have their roots in the quest to satisfy the basic needs of food, water, education and health.

For years now improved farming techniques and technologies, therapeutic food, support to the poorest households and strengthened national capacities have made it possible to avoid major food crises.

But staving off tragedy like the one galloping across the Sahel depends on broadening access, a humanitarian response and adequate funding. It is the latter that is most lacking.