Youth league ramps up its calls for autonomy 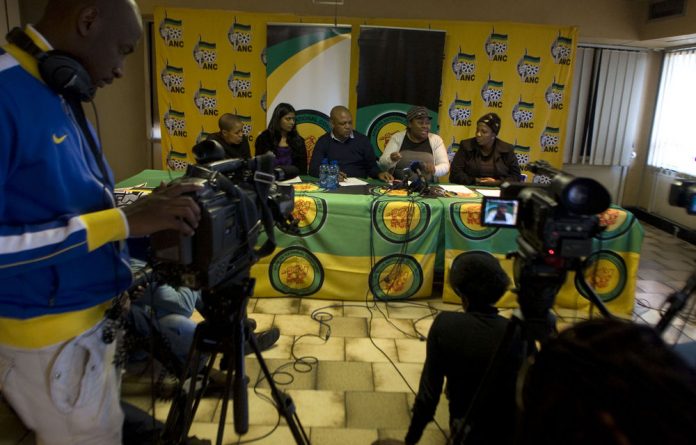 The ANC Youth League is to use its national general council in August to remind the ANC that it is an autonomous structure, highlighting the mounting tension between the two organisations.

The league’s discussion document on organisational growth, development and renewal says it is time the league went “back to basics”, referring to the radical stances its founders took in the 1940s.

“When former [youth league] presidents Robert Resha and Nelson Mandela called for armed struggle, it was not policy of the ANC, yet they were allowed space to raise [the issue],” the document argues. “The autonomy of the ANC Youth League — can never be sacrificed in the cause of the revolution,” it reads.

The ANCYL has been vocal on the issue since Julius Malema took over in 2008. But its demands for autonomy have grown in volume recently as it has adopted different positions from those of its parent body. They include its stance on nationalisation of the mines, with which some senior ANC leaders have differed publicly.

The league insists it has the right to have its own policy positions, regardless of whether the ANC agrees with them. When Malema was found guilty of misconduct by an ANC disciplinary committee, the ANCYL undertook to “educate” certain senior ANC members about its autonomy.

In the latest incident the youth wing challenged the ANC to allow it to discipline its own members as it sees fit, guided by its own constitution. This came after former Limpopo provincial chairperson Lehlogonolo Masoga was expelled by the league’s national leadership.

In a scathing reference to senior ANC leaders who differ with the youth league, the discussion document says that older generations should impart their experience to the “young lions”, but that young people should not be encouraged to “merely copy or assimilate what is handed over to them”.

“They should do that through an investigative and critical approach. Autonomy of the league offers the opportunity for the realisation of the boundless resources of energy, enterprise, initiative and free application of the creative potential of our youth.” This “profound” observation, says the document, should be “disseminated and taught to all leaders of the ANC”.

This week the league vowed to tackle ANC secretary general Gwede Mantashe head-on after he reportedly questioned why an ANCYL national disciplinary committee had decided on the “harsh” action of expelling Masoga, even after he had dropped his court application for an interdict.

Masoga’s allies maintain that Mantashe’s intervention in ending the court battle included an agreement that Masoga should be given a lighter sentence in exchange for respecting internal processes.

“When the SG of the ANC [Mantashe] says: ‘When someone withdraws a court case, you act harshly against him’, what does he mean? It means [he] says: ‘Undermine the [internal] processes and go to court’,” Tulelo said, adding that she would question Mantashe’s statements at next Monday’s ANC national working committee meeting.