Shop around for best seats 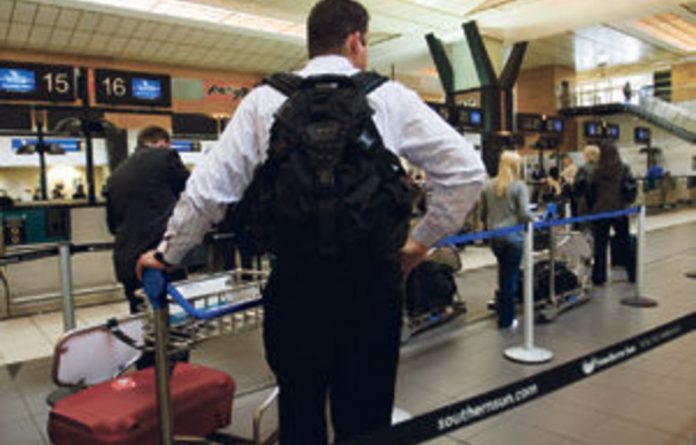 South African travellers have more options than ever before when taking to the air on scheduled services but, be warned, generally you get what you pay for.

Deregulation of the skies means increased competition and lower fares and that has been the case locally on short- and long-haul routes. But, says Linden Birns, an aviation analyst, when shopping for an airline seat, there are many factors to consider.

“The airline industry is dynamic, which means that services and prices are constantly shifting,” he says. “If you plan to travel internationally you can reach your destination directly or indirectly.” For example, when flying from Johannesburg to Europe, whether heading to London, Paris, Frankfurt or Amsterdam, you can fly point-to-point with no stopovers.

“Legacy or full-service airlines offer discounted fares, especially in the off-peak season when they want to fill empty seats.” But you have to compare apples with apples in terms of the in-flight experience.

Some carriers use older planes on which on-board services and amenities are pretty basic and haven’t changed much in years. Other airlines offer state-of-the-art entertainment and more comfortable seats, even in economy class.

“Airlines operating out of the Middle East operate new fleets with all the bells and whistles but passengers will have to change planes and dogleg from those hubs into Europe and other international destinations,” Birns says.

“Efficient scheduling as well as better fuel consumption on newer jets means these operators can keep prices to consumers low, which in turn yields higher passenger load factors. These airlines tend to ‘sweat’ their assets and an aircraft can be turned around in just 90 minutes, ready to fly another sector,” he says.

This is in contrast with other airlines, which may have planes on a full-day lay-over before they can be loaded up and used again, something referred to as “dead time” in the industry. “Very often it’s a volumes game.

By keeping aircraft active and full and offering passengers decent food, leg room and electronic entertainment at a good price, they have become an increasingly attractive option for leisure travellers,” Birns says. But business travellers are a different market with specific needs.

“Companies are often willing to pay the premium for a business-class seat to make sure employees arrive at their destination rested and refreshed so they can hit the ground running. They also prefer direct flights that get people where they need to go as quickly as possible.” Birns says a business-class seat can cost anything between R35 000 and R45 000 on a non-stop flight to Europe.

“If time is not a critical factor, then a similar premium seat via the Middle East will cost about R25 000. It will probably be a better flying experience for the traveller but in terms of convenience will take longer because the journey has to be broken.”

This can be a bitter pill for executives who find they have paid as much for the less luxurious airline offerings. First-class travel is still possible on some airlines but is beyond the wallets of most people. On modern aircraft the ratio of first-class seats to the rest is pretty small because the greatest revenue/space ratio is accomplished in business class.

“Some airlines offer hybrid services by dispensing with first class altogether, instead offering some of those services at a business-class fare. Similarly, some opt for a premium economy section that has better leg room and more comfortable seats at a price pitched somewhere between an economy and business-class fare,” says Birns.

On some transatlantic routes, airlines configure their smaller aircraft as business class only and are getting good seat occupancy. “At the opposite end of the scale, there’s been tremendous growth in the popularity of low-cost airlines. These are economy class only, nofrills operations that charge ridiculously low fares.” But there is a caveat — all extras are charged for.

Baggage weight policies are strictly enforced and any surplus is charged for as are meals and drinks. Locally, low-cost airlines fly to major airports but it’s a good idea to see where they fly to in Europe. Often it is to outlying airports where a costly transfer by bus or taxi can add significantly to the overall travel cost.

“The good news is that the airlines want your business,” Birns says. The global recession has put pressure on margins and escalating running costs mean that although airlines shave costs, some of these have to be passed on to consumers who have more options. Some companies have put the brakes on business travel and have turned to technologies such as video conferencing to cut airline, hotel and car-hire expenses.

On short-haul routes, more executives are travelling economy and low-cost airlines have spotted a gap in the market — offering business travellers greater flexibility in, for example, the option to change flights at short notice at a cost significantly less than the full economy fare tickets usually required to guarantee that facility.

“By getting creative and doing a bit of homework, most air travellers are able to get a good deal these days. The internet has made it a lot easier to shop around for good fares and airlines with sophisticated websites are reaping the benefits.”

Birns says you do have to pay a premium to get exactly what you want when you want it, but savvy consumers can extract more value from air travel by opting for airlines where they might have to pay for extras but can save by biting the bullet for an hour or two of limited services. Whichever way you look at it, these days you’re spoilt for choice.