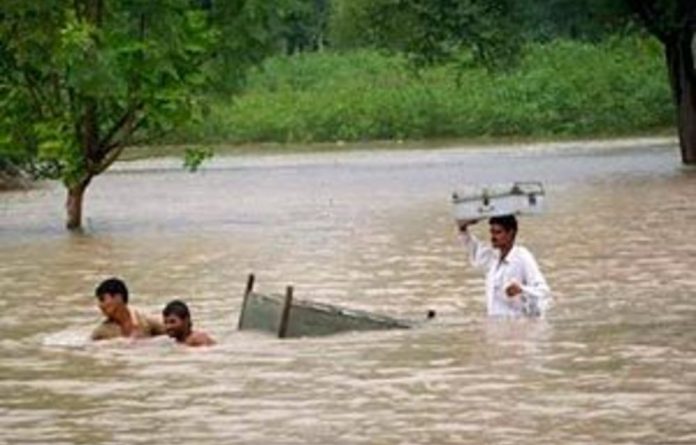 The United Nations rushed a top envoy to Pakistan on Thursday to address the urgent plight of 3,2-million people hit by the worst floods in generations as officials warned the crisis was spreading.

As the humanitarian disaster pushed into a second week, fears are growing of a food crisis among survivors who saw their villages and farmland washed away, killing more than 1 500 people in north-west and central Pakistan.

Victims have increasingly lashed out against Pakistan’s government for being unable to provide better relief, piling pressure on a cash-strapped administration straining to contain Taliban violence and an economic crisis.

Ripert, former French ambassador to the UN, arrived in Pakistan on Thursday and will visit affected areas in the north-west and meet government officials.

Urgent need of food assistance
The record rains triggered floods and landslides last week that devastated villages and farmland in some of the country’s poorest and most volatile regions in north-western Khyber Pakhtunkhwa and central Punjab provinces.

“Eighty percent of food reserves have been destroyed by the floods, which also caused massive damage to livestock, markets, roads and overall infrastructure.”

Pakistan’s meteorological department has issued new flood warnings, raising fears that the destruction is not over. Flood waters continued spreading into Punjab, the country’s most populous province.

“The flood water is increasing at different points and we are expecting more rain in next 24 hours,” Hazrat Mir, chief meteorologist for Punjab, said.

“This is an alarming situation. Conditions are miserable in those areas, particularly at Tounsa and Gaddu barrages. There are extremely high floods at Kot Addu and other parts.”

The number of affected districts in Punjab rose to seven and alert warnings were issued in five districts of Sindh to the south, the UN said.

Abandoned
Survivors complain they have been abandoned by the government, organising protests in the north-western city of Peshawar and on Wednesday blocking the motorway to Islamabad for 1,5 hours.

Particular scorn has been reserved for President Asif Ali Zardari, who is deeply unpopular, for pressing ahead with visits to Paris and London at the height of the disaster, staying in a five-star hotel while his people suffer.

Although Gilani has said about 100 000 people have been rescued and “relief items in sufficient quantity” provided to provinces, many people say they have received no assistance from the government, only from local families.

“I am totally helpless now. I built a small house with a lot of effort. It is destroyed. How will I repair it? Will there be any government help? These questions keep haunting my mind,” said Falak Naz near Charsadda.

An international relief campaign has included a promise of a $10-million dollar aid package from the United States, while the UN will disburse up to the same amount from an emergency response fund.

“We’ve sent over boats to help with search and rescue, water purification units to provide clean water for thousands of people and temporary bridges to replace bridges damaged by the floods,” US Secretary of State Hillary Clinton said.

“This represents just the start of our efforts. We will continue to help Pakistan in the days and weeks ahead.”