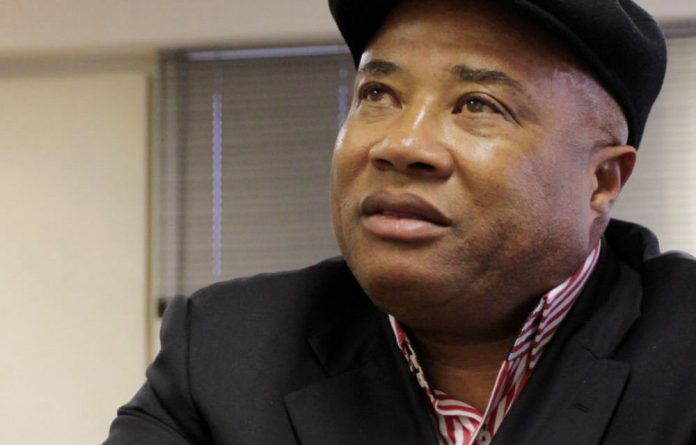 It was a calm Tony Yengeni who sat down for our interview in his 6th-floor Luthuli House office this week.

On the almost bare walls of the former ANC chief whip’s office were two framed photographs: both of Yengeni, with President Jacob Zuma and with former president Nelson Mandela. Gone are the images of him drinking while on parole; he’s left the convicted fraudster far behind.

This is the new Yengeni, a clean-cut version of his old self, a Lacoste peak cap the only evidence of the hipster beneath.

Two years ago Yengeni swapped Cape Town for Johannesburg to start up the ANC’s political school, which is due to open formally in 2012. The job of setting up a political school is not an easy one.

The ANC managed to secure some land for the building only recently and a team is finally planning the curriculum. Students of this school should be able to use course credits at other tertiary institutions, Yengeni says, so the school needs formal tertiary accreditation.

All ANC public representatives will be subjected to a compulsory stint here to ensure they know their mandate.

But even in his serene surroundings, Yengeni paints a grim picture of what the ANC has become. Greed, intolerance and ill-discipline have become the name of the game, he says, and the upcoming national general council is planning to tackle the problem head on. In the runup to the council meeting, which is taking place in September in Durban and is the ANC’s biggest gathering between elective conferences, it has become clear that ANC members had low levels of political consciousness, leading to bad behaviour, Yengeni says.

“There is a great measure of self-interest. But you can’t achieve individual interests if you follow the democratic way of doing things. You must then resort to underhand methods.”

ANC members are worried that the party has lost its moral fortitude. The party must set the record straight at the council, Yengeni says.

“Is the ANC still committed to the people, or is it committed to itself? These things are raised publicly by very important people, so we have to sit down and say: ‘Have we lost it?'”

The coming centenary celebrations of the ANC in 2012 will provide a platform for the party to find itself again. And while succession is not on the council’s agenda, the ANC is taking no chances. The ruling party has dispatched Zuma and Deputy President Kgalema Motlanthe to tour the country in the next few weeks to prepare members for the meeting and to dismiss any plans for disruption.

For Yengeni, Zuma remains the glue that holds the ANC together.

“Even though there will be differences between us, the Party [South African Communist Party] and Cosatu, there is one agreement: this president Zuma is our product and we all rotate around him. He carries us all. Of course, there are people here and there who say the leadership must change, but overall, we agree.”

The country is among the G20 countries who have invested in electricity produced from coal, oil and gas at the cost of addressing climate change
Read more
Advertising
Continue to the category
Coronavirus