BP to proceed with relief well after tests 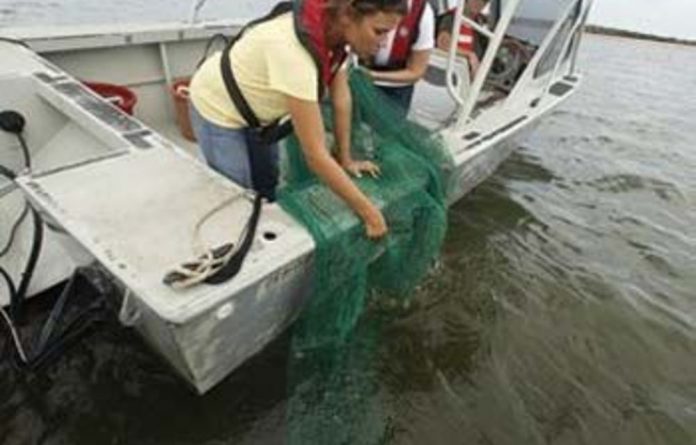 BP will proceed with a relief well to kill its blown-out Gulf of Mexico well, the top US spill official said on Friday.

“Everybody is in agreement that we need to proceed with the relief well,” retired Coast Guard Admiral Thad Allen said. “The question is how to do it.”

The decision to continue with the relief well came as Alabama announced it was suing BP for the “catastrophic harm” that the spill had caused the state.

Earlier this week Allen had raised the possibility that the relief well might not be necessary because the cement poured into the top of the blown Macondo well last week — the so-called “static kill” — might have permanently killed it.

But after running pressure tests, BP and US officials agree that the relief well is needed to plug the well 4 000 metres beneath the seabed, Allen said. The relief well is only about 13,7m from reaching the Macondo well.

“The relief well will be finished,” Allen said. “We will kill the well.”

The Macondo well, a 1,6km down in the Gulf of Mexico, blew out on April 20 and began spewing oil in what has become the worst offshore oilspill in history.

The well was provisionally capped on July 15 after spewing an estimated 4,9-million barrels of oil into the Gulf, soiling marshlands, fisheries and tourist beaches along several hundreds of kilometres of the Gulf Coast.

The British energy giant has lost more than a third of its market value since the explosion and has set aside $32,2-billion to deal with clean-up costs.

BP faces hundreds of civil lawsuits from injured rig workers, fishermen, investors and property owners seeking to recoup losses. Alabama added to that pile by with its suit against BP and other companies for what Attorney General Troy King said was “catastrophic harm”.

“We are suing them for the amount it will take to make Alabama whole,” King said.

‘Wanton failure’
The suit, which did not set a damage figure, accuses the defendants of “negligent or wanton failure to adhere to recognised industry standards of care”.

The spill has hurt fishing and tourism around the Gulf and has affected other sectors such as housing. People and businesses that have sustained losses can make claims against the BP compensation fund administered by Kenneth Feinberg, named by the White House as an independent overseer.

But King said Feinberg was undermining efforts by Gulf state attorneys general to make it possible for spill victims to claim damages from the fund while retaining the right to sue BP at a future date.

US President Barack Obama, who has faced criticism for being slow to act in the face of the spill, will vacation in Panama City, Florida, this weekend and make a public statement on the recovery effort on Saturday.

In Louisiana, the state hit hardest by the spill, US and BP officials met with parish presidents and Governor Bobby Jindal to discuss long-term recovery plans.

The US government will enact an ocean monitoring system to detect underwater plumes of oil that could be harming undersea ecosystems, Allen said.

Pressure tests completed late on Thursday showed that the well is effectively sealed, with “no communication with the reservoir”, Allen said.

But engineers are worried that increased pressure from the the “bottom kill” could damage the existing temporary cement plug and perhaps cause about 1 000 barrels of oil trapped in the well shaft to flow into the ocean, Allen said. Engineers are developing procedures to allay such concerns, he said.

After Allen gives the order to continue with the relief well, it will take about 96 hours to drill into the Macondo well shaft and perhaps days beyond that to complete the job, he said. – Reuters