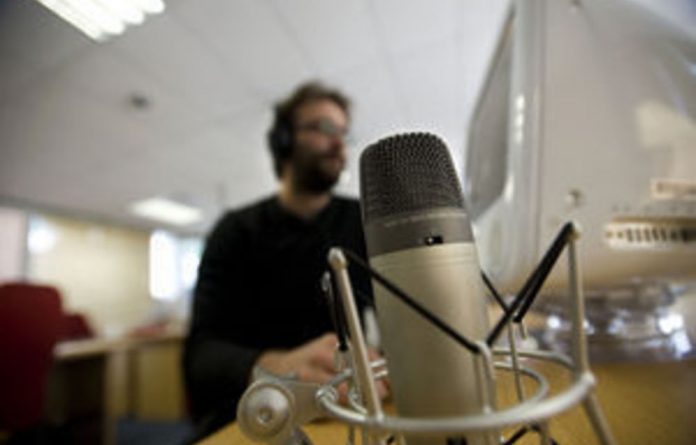 Remember William Smith? I don’t, because I had not yet arrived in South Africa when he was on TV presenting on the Learning channel. But scores of South Africans grew up with him, and he has had such a profound effect on them that even expatriates like myself are familiar with his name.

There is great benefit to putting good teachers on the airwaves: they help standardise the curriculum, interest children in the more boring subjects and are a welcome top-up on substandard teaching in remote areas. In addition, Smith was ahead of his time by introducing call-ins from learners, giving his shows an air of interactivity.

The role of “school TV” in South Africa now seems to have been taken over by Mindset, which broadcasts material daily (except on Sundays) on DStv.

Although such education programmes are a staple of broadcasters around the world and seem to meet a latent demand, there are two main problems that limit their effectiveness and reach.

Firstly, they are broadcast, which means that viewers have to tune in at a specific time and cannot interact with them. Also, most shows are available only on TV, which necessitates that the audience actually sits in front of a TV set.

For example, a cursory glance at Mindset’s schedule shows that half the content is aired when children should be sitting in the classroom. Moreover, this pay-TV channel is not accessible to children who need it most: learners in rural areas where the quality of teaching is often below standard. Enter podcasting. Podcasts are audio, video or multimedia files that are hosted on the internet. Essentially, they are radio or TV programmes, but distributed through this more interactive medium.

Podcasting is the answer to the main shortcomings of TV broadcasting. By hosting the learning content on the internet, viewers can view or download the material when it suits them and on a device of their choice, be it a computer, mobile phone, music player, game console or modern TV.

Unlike a regular TV programme, when a viewer tends to lose his or her train of thought, a podcast can be stopped and rewound as many times as needed until the concept is grasped. And the viewer is no longer bound to a time or place to do so.

Because of the low cost of production and distribution, anyone can become a podcaster. For professional-looking podcasts, only a laptop with audio and video editing capability, a Flip video camera and an account with a free blogging service are needed.

Whereas, in the past, learning content was created by specialised companies or broadcasters, now teachers, lecturers, schools, universities, museums and other cultural institutions are able to create their own programmes and distribute them as podcasts to their own community or choose to make them publicly available through podcast aggregators.

Also, they can use the same technology to distribute other content such as slideshows, PDFs, films, exhibit tours and audiobooks.Podcasts in general have been around for a while, but they have failed to take off in South Africa. The main reason was the usage limits of broadband subscriptions.

Depending on the recording quality, a 30-minute podcast can easily take up between 50 and 300 megabytes. With ADSL consumption usually limited to between three and five gigabytes a month, many users were not keen to subscribe to podcasts for fear of running out of bandwidth too quickly.

At this stage the number of freely available and South African-produced education podcasts is still limited. Mindset, for example, has some on its website in the Learn Xtr section. But now that MWeb has thrown open the broadband market with its uncapped offering, nothing stands in the way of a podcast revolution in South Africa. Unisa, for example, is working on a podcast solution, and several private schools are testing the concept.

But another obstacle has to be overcome. Lots of good video learning material is available from commercial vendors such as Primedia. They have historically distributed this by DVD to institutions — at a cost. Making this content available free as podcasts would destroy their business model.

But a paid-for model of distribution through the internet is fraught with complexity, lack of standards for digital rights management, substantial investments and piracy.

If experience in other markets is anything to go by, podcasting is the way of the future, and podcasts ought to be free. The economics have changed as well: producing tailor-made content for your institution is often cheaper than buying off-the-shelf material. We can only hope that the traditional content players reach the same conclusion, make their material available free through podcasts and find other ways of making money from it (through, for example, advertising in podcasts or with corporate donors).

One of the leading, but closed, podcasting installations in South Africa is at the University of KwaZulu-Natal, which went live in 2009. At the launch, Professor Manoj Maharaj, head of the school of information systems and technology, said: “The University of KwaZulu-Natal has embraced technology-assisted learning as a key driver of its development strategy. Podcasting is a natural component of such a strategy.”

Probably the biggest advantage of podcasting is the fact that it allows for class time to be transformed into more interactive and collaborative sessions. The idea here is that learners view, or listen to, the lecturer’s instructional podcast beforehand in their own time.

It is a well-known phenomenon that the pace in class is often set by the lowest common denominator. But the quicker students can skip over certain sections of the lecture, whereas others can replay the podcast until they master the subject matter. As a result, much of the time in the classroom is spent on delving deeper into the material and fostering debate.

By far the largest education podcast directory is iTunes U. Available in South Africa through the iTunes Store (part of the iTunes software that is installed on almost any PC or Mac computer these days), students and lecturers can access more than 250 000 free media files from the world’s leading universities and cultural institutions.

More than 600 universities host their podcasts on this system — with more than half of them making their education content available to all free of charge — although none yet from South Africa.

Our matriculants can now access introductory calculus courses at MIT — gratis. Just imagine what impact that could have on the pass rates.

Rutger-Jan van Spaandonk is the executive director of the Core Group.

Vital information apps and websites are outdated as cases begin to mushroom, especially near the coast, just in time for the December holidays
Read more
Politics

Industry experts predict the R10.5-billion from the treasury to rescue the airline may not be enough, but the rescue practitioners say the money is enough to ‘settle the sins of the past’
Read more
Opinion