Axed communication DG to be redeployed 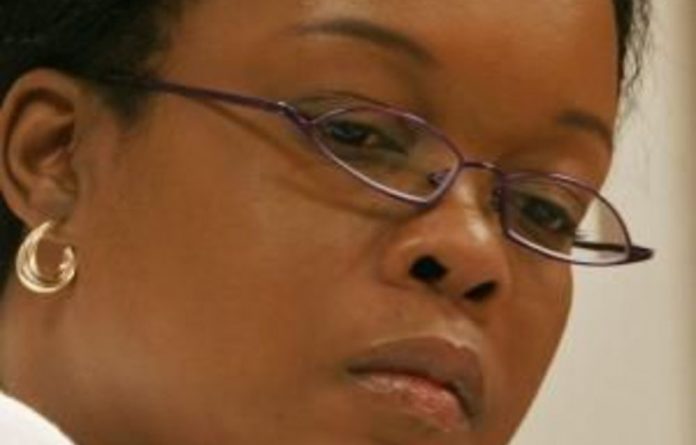 Communication Minister Siphiwe Nyanda withdrew Mohlala’s dismissal at the Johannesburg Labour Court on Thursday, after an agreement was reached outside the court.

In terms of a settlement, Mohlala would take 30 days leave while Public Service and Administration Minister, Richard Baloyi tried to redeploy her in another department.

“The agreement is that she withdraws the court order and the minister of communications withdraws the letter of termination of her service,” the department said in a statement on Thursday.

“This was done in order to reinstate the former DG’s status as a public servant in order for the minister [Baloyi] to explore suitable options in addressing this matter,” the statement said.

Mohlala’s initial request was to have President Jacob Zuma intervene on the termination of her contract.

“It is therefore important to note that the agreement does not imply the immediate reinstatement of the former DG to her old position, but to allow for what she initially requested from the president to take effect,” it said.

Mohlala said she was satisfied with the agreement.

“I am very happy, I feel satisfied, I feel vindicated. It has been my argument that the termination was not properly undertaken.”

The ministry welcomed the settlement and said it paved the for a new suitable person with relevant expertise.

Minister Siphiwe Nyanda in July said the department recently faced a number of challenges “relating to internal processes and procedure”.

Nyanda decided to release Mohlala from her position as DG from July 23, saying it was in the interests of the department, the staff and the government. – Sapa