Recounting the myths of creation 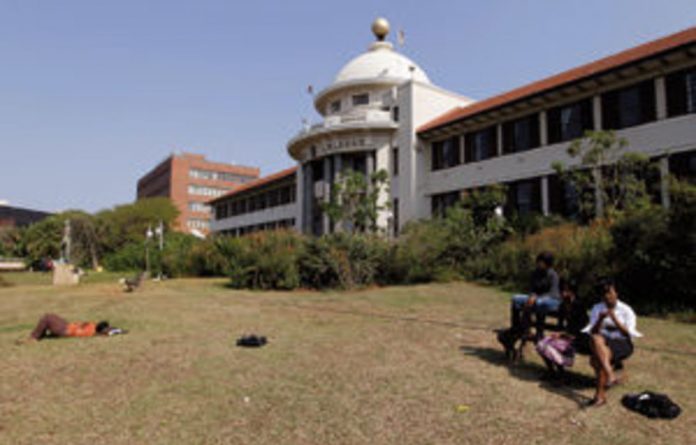 The Creation of the University of KwaZulu-Natal: Reflections on a Merger and Transformation Experience edited by MW Makgoba and JC Mubangizi (Excel, New Delhi)

It is a little curious that a book on the birth of the so-called “premier university of African scholarship” has been published in India. Perhaps a South African publisher, more aware of many of the spectacular failures at the University of KwaZulu-Natal (UKZN), would have asked too many difficult questions about what is not covered in the book?

The book is edited by the current vice-chancellor, Malegapuru Makgoba, and his deputy, John Mubangizi. Makgoba has found himself in numerous very public scrapes during his time at South African universities, first at Wits University and more recently and frequently at UKZN.

The book comprises 11 chapters, all written by individuals who are (or have served) on the university executive. It carries a foreword by former education minister Kader Asmal, who oversaw the ambitious tertiary mergers, and a preface by the founding chair of the UKZN council, Vincent Maphai. It is no surprise then that the book presents a one-sided view of the merger, as seen by its top management, with a distinct slant to appease the political elite.

The argument of the book is that the merger involving the former universities of Natal and Durban-Westville has been a remarkable success despite the opposition of counter-revolutionaries. The signal success of merger is taken to be the changes in racial demography (in this book synonymous with “transformation”) and the creation of a research culture. As I shall point out, this interpretation and these claims are questionable.

To be sure, this is no scholarly work — the book has no index. It resembles a catalogue in places that could have come straight out of former pro-vice-chancellor Dasarath Chetty’s public relations office — only Chetty has since been shown the door after having served his bosses so well during his tenure on the executive. (The book has already been marred by controversy involving Chetty’s claims that he was left off the front cover as one of its editors, among other omissions of his contributions.)

The views of the university’s academics and its students, both present and past, are noticeably absent. The many sweeping statements of grandiose success made by some of the contributors should be challenged and the jury is still out as to how successful the merger has in fact been.

The concluding remarks are telling: “These gathered chapters have shown a clear convergence of the experience, the highlights and achievements relating to the different aspects and sectors of the new university. This convergence is what the university community should take pride in.” One wonders whether the statement that the “community should take pride” is an instruction from on high.

Much of the commentary is an exercise in self-aggrandisement and acclamation of how well each of the university managers has performed. The contributions generally lack a critical look at this important period in the history of the new institution and conveniently avoid many of the prickly issues, the authoritarianism and high levels of dysfunction that have become commonplace.

A more independent account of this time is yet to be written and should be written. The book records the experiences of those who wielded considerable power during the merger, some of whom resorted to authoritarianism and questionable means to accomplish their goals, instead of engaging with the academic body on matters that affect the functioning of the institution.

The university that its leaders say is championing African scholarship appears to be rather confused about what this term actually means. “It is fundamentally misguided to attempt to provide a fixed definition for the term ‘African’ because to do so would imply not only that there is consensus about what the word means or should mean, but also that the meaning should remain fixed, despite the fact that the world and all that it means is constantly changing.” What does this mean? I shall leave it to the readers to decipher this for themselves.

However, it is clear to me that the social engineers at the UKZN have chosen the narrowest and most racist of interpretations of their mission statement, as white academics are hounded for their colour, and there has been a witch-hunt of Indian academics at the Medical School.

The chapter on “Leadership Challenges” is riddled with racist diatribe and invective that has no place in South African society, let alone a university. A more dedicated copy editor would have advised against resorting to racist innuendo and would certainly have picked up on the stylistic lapses that permeate the book. The authors are adept at using racist rhetoric to address what they see as racial inequities within the institution.

This chapter is replete with political rhetoric and touches on growing Zulu nationalism, which is a startling context for a university. “UKZN is the only legitimate institution with both a competitive and comparative advantage to preserve and develop rich Zulu knowledge and heritage into the future”, we read in an earlier chapter — a rather presumptuous assertion that completely ignores another institution barely two hours’ drive north of Durban.

It is claimed that the new institution is founded on “the removal of a climate of fear and psychological intimidation that existed in the legacy institutions and giving back freedom and transparency to all members of the university community”. Given the very widespread reports of banned meetings, autocratic management, ad hominem personal attacks, overzealous confidentiality, racist attacks, disciplinary action and witch-hunts, one is reminded of Alice in Wonderland, where the grand-standing has little relation to the reality on the ground.

The book perpetuates the myth that those who criticise the autocratic management and the high levels of dysfunction at the university are somehow opposed to African leadership and transformation. This is a well-worn line that continues to sow racial discord and has the effect of silencing people. It is intellectually dishonest to continue to sing this refrain, but perhaps if you say this often enough you begin to believe it yourself?

The authors harp on the high productivity of the researchers as a justification for the managerialism and corporatisation that have come to permeate all aspects of academic life. But, as was the case during the height of the Soviet Union, many academics at UKZN seek solace in their work as a diversion from their grim reality and they succeed despite the system and the growing authoritarian rule, not because of it.

There is a massive exodus of quality academics from the UKZN gulag and many other South African universities are the beneficiaries of this collapse. It would be useful to investigate where the top black African academics are located across all disciplines in South Africa. I doubt that they are streaming in numbers to UKZN because the environment there is not conducive to free intellectual inquiry. All good academics want to work in a stable environment where their worth is appreciated, not in the extreme race-based engineering project into which UKZN has degenerated.

The book presents tedious information that is more appropriate for a glossy annual report; for example, a bulleted list of the university goals that anyone interested could find on the university’s website, a flow chart of the relationship between management and the student representative councils and a timeline of the budget decision flow schedule giving laborious details over a six-month period back in 2007 that can be of no further interest to the writers let alone any reader.

There is a preoccupation with flow charts, barely legible in parts and seemingly lazily pulled off university documentation. This is slovenly work.

Some of the contributors plod on onerously about the increasing bureaucratisation of the institution, completely oblivious of the suffocating effects this is having on academic life. The precarious financial position of the university is glossed over and the high expenditure on mindless litigation is completely ignored.

The college model is presented as “a critical transformational step” in the merger process, but nothing is said about the increased bureaucracy and inefficiencies that have resulted. For example, the Academic Affairs Board is an intermediary body between faculty boards and the senate that creates a barrier to academics who want to have a direct say at senate. In restructuring the senate “to be representative and reflective of perspective, age, gender and appropriate demographics”, no attention is given to the resulting erosion of the academic authority of the senate, with full professors having been ejected, or to the manner in which the senate has been emasculated.

Undue attention is given to the creation of the new university logo, which reflects the misplaced priorities at the university. The book draws on the 2007 Merger Report, but conveniently ignores the 2009 institutional audit conducted by the higher education quality committee of the Council on Higher Education, which was severely critical of UKZN management.

Are there any redeeming features? The chapter on “Teaching, Research and Community Engagement” is useful and self-critical in parts. The way research is organised is revealing. This chapter reflects the contributions of some of those who have toiled to make the university work despite the oppressive attitudes and increasing politicisation of the regime. The discussion on alternative access can benefit other South African universities.

The chapter on “Mergers of Higher Education Institutions” includes a comparison with other countries such as Australia, the United States and some European countries, and appears to have been researched. The conclusion drawn here that “the processes involved and the problems encountered are usually similar” and that “the success of the merger usually depends on how well the merger is negotiated and planned” reveals the extent to which the UKZN merger was not carefully thought through.

Nithaya Chetty was associate professor of physics at UKZN. He served on the senate and as a senate representative on the council. He resigned in 2008 when he faced disciplinary charges for commenting in the media on the failed senate debate on academic freedom. Chetty had claimed then that the vice-chancellor had blocked this discussion from proceeding in the senate. He is now associate professor of physics at the University of Pretoria and writes here in his ­personal capacity