God did not create the universe, says Hawking 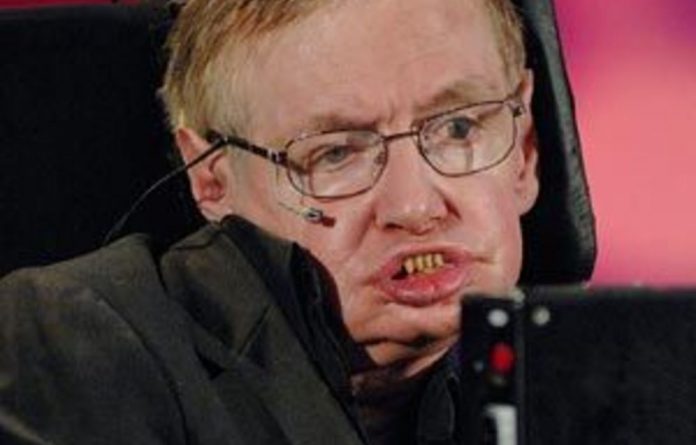 God no longer has any place in theories on the creation of the universe due to a series of developments in physics, British scientist Stephen Hawking said in extracts published on Thursday from a new book.

In a hardening of the more accommodating position on religion that he took in his 1988 international best-seller, A Brief History of Time, Hawking said the Big Bang was merely the consequence of the law of gravity.

“Because there is a law such as gravity, the universe can and will create itself from nothing. Spontaneous creation is the reason there is something rather than nothing, why the universe exists, why we exist,” he writes in The Grand Design, which is being serialised by the Times newspaper in the UK.

“It is not necessary to invoke God to light the blue touch paper and set the universe going,” added the wheelchair-bound expert.

Hawking has achieved worldwide fame for his research, writing and television documentaries despite suffering since the age of 21 from motor neurone disease that has left him disabled and dependent on a voice synthesiser.

‘Far less remarkable’
In A Brief History of Time, Hawking had suggested that the idea of God or a divine being was not necessarily incompatible with a scientific understanding of the universe.

But in his latest work, Hawking cites the 1992 discovery of a planet orbiting a star outside our own solar system as a turning point against Isaac Newton’s belief that the universe could not have arisen out of chaos.

“That makes the coincidences of our planetary conditions — the single Sun, the lucky combination of Earth-Sun distance and solar mass — far less remarkable, and far less compelling as evidence that the Earth was carefully designed just to please us human beings,” he wrote.

Hawking argued earlier this year that mankind’s only chance of long-term survival lies in colonising space, as humans drain Earth of resources and face a terrifying array of new threats.

He also warned in a recent television series that mankind should avoid contact with aliens at all costs, as the consequences could be devastating. — AFP