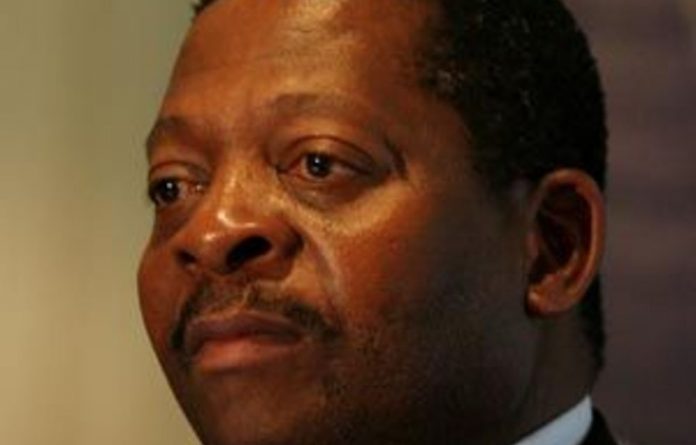 SAA has issued a second summons against former chief executive Khaya Ngqula, this time for more than $3,4-million (R24,8-million). The airline is suing Ngqula for allegedly awarding a sponsorship agreement to Argentine golfer Angel Cabrera, concluded in 2007.

According to the summons, which the M&G has seen, the contract with Cabrera was valued at $2,25-million, with bonuses of $200 000 for 2007, 2008 and 2009 to be paid on condition that the golfer won at least one major tournament in the relevant calendar year or retained a top-40 world golf ranking.

This brings the amount the airline is trying to claw back from him to well over R52-million.

In the summons SAA accuses Ngqula of signing sponsorships well in excess of the amounts he was authorised to grant.

The summons states that Ngqula was permitted to sign off on sponsorships to the value of only R2-million; anything above that amount had to be signed off by SAA’s board of directors.

In the document the airline alleges that Ngqula committed it to a contract he did not have the authority to agree to; failed to adhere to the powers of authority granted him by the airline’s delegation of authority framework; and contravened the Public Finance Management Act.

On July 20 SAA issued a summons against Ngqula for more than R27-million for money paid out through the company’s retention bonus scheme.

The limit that Ngqula was able to authorise, in accordance with a determination made by the board, was R33,3-million, but the scheme paid out more than R60,7-million under Ngqula’s watch. The airline wants the difference repaid.

SAA has previously said that it is also looking into claims that it may have to reclaim an additional R3,3-million for hospitality suites rented out at stadiums across the country, as well as R500 000 for the “free junkets” Ngqula allegedly awarded to friends and associates “in breach of his obligations to the company”.

The sponsorship contract with Cabrera lasted from September 2007 to Tuesday this week. This was the same day that the SAA board appeared before Parliament’s public spending watchdog, Scopa.

At the committee meeting it reported on progress it had made in addressing the many other issues raised in a forensic report on financial irregularities at the airline by auditing firm KPMG.

No impropriety
SAA board chairperson Cheryl Carolus emphasised in the meeting that while SAA believed Ngqula was not authorised to enter into contracts with Cabrera, Cabrera and his representatives had committed no impropriety.

Ngqula could not be reached for comment but, contacted for comment on the summons, his lawyer, Billy Gundelfinger, said the action would be “defended vigorously”.

In its report to Parliament the board indicated that it was examining a further sponsorship agreement with the Association of Tennis Professionals, which expired last year. The sponsorship was valued at about R120-million.

Board member Margie Whitehouse said there was “still a high probability” that SAA would proceed with legal action on this matter.

Despite the actions taken by SAA and its board, Scopa was sharply critical of the role of the previous board, under which Ngqula operated.

The acting director general of public enterprises, Andrew Shaw, told the committee that the department was reviewing the processes used to appoint board members to parastatals.

These measures include ensuring appointees have the relevant skills sets required, assessing potential conflicts of interest, and ensuring candidates have sufficient time to dedicate to the relevant company.

“We have not used any of those previous board members as nominees to boards of state-owned enterprises that report to our department,” he said.

Carolus told Scopa that other SAA employees could face criminal charges arising from the KPMG investigations.

SAA spokesperson Fani Zulu refused to comment on the summons. But he said a complaint had been laid with the commercial crimes unit of the police. “They will take the necessary action based on what is before them,” he said.