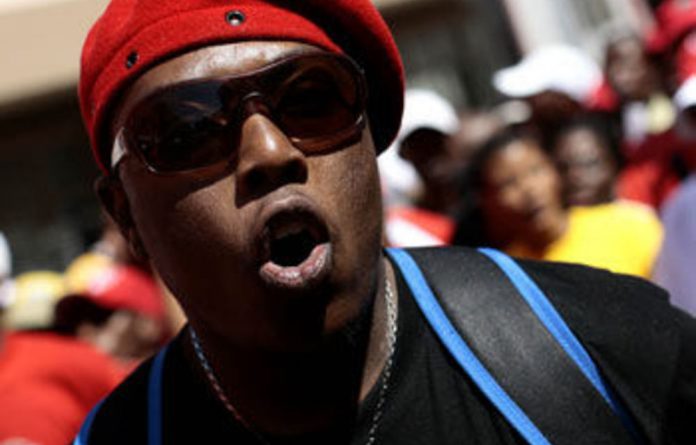 The 1,3-million striking public service workers who rejected the government’s revised wage offer this week appear to have sent a loud “no!” not just to the state but also to their own trade union leaders.

This emerged after Themba Maseko, the government spokesperson, told the Mail & Guardian that the state’s latest offer — which included a 7,5% salary increase (up from 7%) and an R800 housing allowance (up from R700) — had been hammered out by a task team consisting of negotiators from both the unions and the government last week.

Yet union leaders, several of whom were making positive noises about the offer this week, were unable to convince their members, who, on Wednesday, rejected it.

At the time of going to press, workers were still holding out for an 8.6% wage increase and R1 000 housing allowance; and Cosatu and the Independent Labour Caucus (comprising unions not aligned with Cosatu) were still locked in talks.

The workers’ intransigence left unions such as the National Education, Health and Allied Workers’ Union (Nehawu), which has about 245 000 members, backtracking on Thursday.

Sizwe Pamla, the Nehawu spokesperson, said on Thursday that the union’s consultation with members earlier this week was “flawed” and it would be taking the offer back to its members over the next two days for a “more thorough engagement with it”.

Pamla said its members were not adequately briefed about the finer details of the new offer. These included “the government’s commitment to develop and implement a sustainable housing scheme” within specific time frames, the conclusion of a minimum service agreement for essential service staff by December 31 this year, and future bargaining processes to be realigned with the government’s budget processes.

“Our members just balloted on the basic wage and housing allowance offer, not the whole package, which we hope to do, with the responses consolidated by the weekend,” said Pamla.

Earlier in the week Fikile Majola, the Nehawu general secretary, had indicated his leadership’s willingness to advise members to accept the offer.

According to sources present at the Public Service Coordinating Bargaining Council meeting between Cosatu-affiliated trade unions such as Nehawu and unions belonging to the Independent Labour Caucus on Wednesday, Majola had wanted to return to Nehawu structures to convince members to accept the offer but had been dissuaded from doing so by negotiators from the South African Democratic Teachers’ Union (Sadtu).

Sadtu members in all nine provinces rejected the new offer outright, said Nomusa Cembi, the Sadtu spokesperson. She said its members were angry about the government’s lethargy in resolving the strike and were wary about selling out to the government.

Steven Friedman, a political analyst and the director of the University of Johannesburg’s Centre for the Study of Democracy, said the “anger displayed by union members” in rejecting the offer was reflective of a theme running through broader society.

“There is a lot of anger, prompted primarily by the perception that politicians are living the high life while the rest suffer,” he said, citing extravagant spending by the government on ministerial cars and World Cup ticket binges.

This had fed the public’s sense of “disenchantment and distrust” of a “government that doesn’t care about us and doesn’t listen to us”, he said.

According to several union leaders, the workers’ anger had also been fuelled by the bullying tactics of Richard Baloyi, the public service and administration minister, early on in the strike.

“He’s out of his depth in this job — that much has become obvious to us. He has nothing so he has tried to bully us with R10 offers and threats. This has only served to make them more determined to hold out,” said Pamla.

Friedman said that union leaders were also reaping the fruit of their “assiduous promotion” of President Jacob Zuma when they supported him during his drive for the ANC presidency in 2007.

“[Cosatu general secretary Zwelinzima] Vavi had done the hard sell on Zuma … but one has to question how deep through the unions this support actually runs — There remains heightened expectation of this government because of that sell,” Friedman said.

Thobile Ntola, the Sadtu president, said his members’ determination “not to compromise at all” was based on a “deep mistrust of government … and the sense that government doesn’t respect us”. He said that the levers of power were being used to create a “dynasty government where the president [Zuma] and his friends and family are enriching themselves at the expense of workers and the poor. This is creating anger among workers.”

In a statement released after Wednesday’s Cabinet meeting Themba Maseko, the government spokesperson, said: “Simply put, there is no money available. The resources to cover the draft agreement proposal will have to come from reducing expenditure in other areas in the budget.”