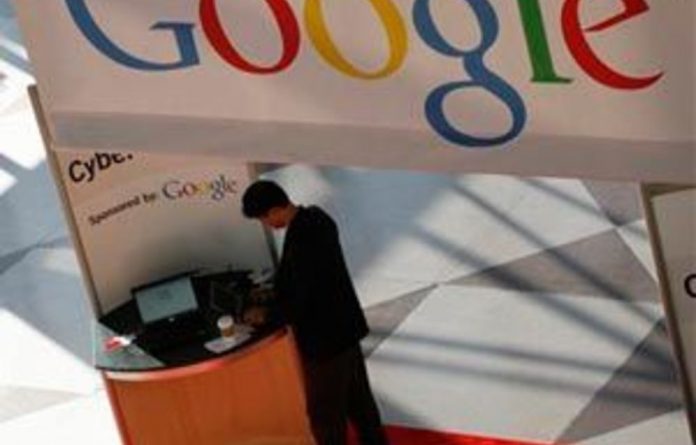 Internet powerhouse Google is giving web searchers the thrill of speed with a turbocharged engine that displays suggested web links as fast as a person can type.

After two days of teasingly tinkering with the Google logo, or “doodle”, atop its home page, the California company ended the mystery by unveiling “Google Instant” — a zippier route to web search results.

As users type in a query, the Google search box suggests terms and shows results for the top suggestion.

“Google Instant actually gets queries and gives you search results as you type and streams those results to your computer,” Google vice-president of search products and user experience Marissa Mayer said.

“We are actually predicting what query you are likely to do and giving you results for that. There is actually a psychic element to it,” Mayer said at a press event in the San Francisco Museum of Art.

‘Quantum leap forward’
Instant began rolling out on Wednesday in the United States and would expand to Britain, France, Germany, Russia and three other countries during the course of the coming week, according to Mayer.

“We are really excited about what Google Instant could mean in terms of the evolution of search,” Mayer said. “We think Google Instant is a quantum leap forward in search.”

Google is putting finishing touches on a version of Instant for smartphones and other mobile devices and should release it in the next several months, according to Mayer.

“I think this is a piece of an ever-changing landscape of computing,” said Google co-founder Sergey Brin. “Things coming out in the next decade from Google and other companies will really change the way we do computing.”

Brin joked that he has started toying with saying “Google wants to be the third half of your brain.”

As queries are typed in black letters, “auto-complete” software developed by Google engineers tries to predict the subjects of searches.

“You have to truly use Google and see for yourself to understand the power,” Google Instant director of product management Johanna Wright said.

“Instant results plus predictions — when you start typing results display on the screen instantly; there is no need to hit the enter key or the search button,” she said.

Brin credited software innovations in-house and faster, cheaper computer chips with making it possible for Google data centres to manage the leap in the amount of data handled by turning each query into an ever-evolving query.

“We did have to spend a lot more computer power on it, and it is really thanks to all of those advances in semi-conductors and multi-core processors that we can do this,” Brin said.

The new tool shaves seconds off searches at Google, which prides itself on the speed with which it finds what people seek on the internet.

More than a billion people use Google search monthly, meaning that aggregate time saved quickly rockets into thousands of hours daily, according to Mayer.

“But it might also be annoying when it doesn’t get things right,” Sullivan said. “I also think it wouldn’t be that hard for competitors to copy.”

“We think it is a great differentiator; search is going to be easier and more fun on Google,” Mayer said.

“We are really happy with how well this sets us apart from the competition.”

Matt Rosoff of private analyst firm Directions On Microsoft doubted that Instant would make much difference in the battle for internet search market share.

“It’s a nice improvement, but I can’t see it really changing the search game a lot,” Rosoff said. “It is sort of the same problem Bing has been facing: many people are really happy with their Google results and it is hard to improve on that.”

Ripple effects of Instant are expected to be felt by websites that tailor designs or content to rank high in Google query results in a tactic called “search-engine optimisation”.

“With Instant, people might not be as prone to finish a query and change search patterns,” Rosoff said.

“It is a big change for companies trying to get listed in search results. Lots of companies make or lose millions of dollars based on search-engine optimisation and their Google strategy.” — AFP