Deal with bad behaviour — without rage 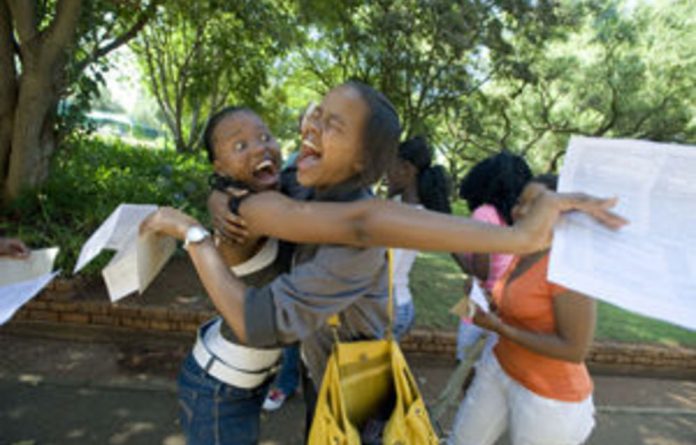 Late last year, Paul Dix went into a staff meeting at Portslade community college in southern England and put £50 in cash on the table. Anyone who could list the school rules, he said, could have it. Not one of them could answer the question.

Eventually, after Dix, an education trainer specialising in behaviour management, said they were staying put until that changed. The staff worked out that Portslade’s pupils were bound by 38 regulations. It was something of a watershed moment.

“Paul’s point was, if you can’t remember the rules, how do you expect the kids to follow them?” said the assistant principal, Mark Deacon.

Getting the children to follow the rules was a critical issue for Portslade, a secondary school in the suburbs of Brighton. Last year and the year before, only 25% of its 16- to 17-year-old learners had achieved the benchmark grades. As a result, the school was placed in the government’s National Challenge programme and, last January, it was declared inadequate by school inspectors.

Now it was crunch time as the school waited for the inspectors to descend again. If it failed to get a satisfactory rating this time, it was likely to go into “special measures”.

The 1 100-pupil school had brought in Dix in an attempt to help turn around what Deacon described as a problem with low-level disruption.

“There’s very little really awful behaviour. There is a lot of talking back. In the end, that’s what’s going to give a teacher a nervous breakdown.”

Portslade had been stuck in the past, he believes. “When I joined the school 18 months ago, it felt as if I’d gone back 20 years.”
The inspectors reflected that, saying there was insufficient breadth to the curriculum, while the teaching was lacking in challenges. The school’s management decided that changing behaviour to help teachers become more inventive and take more risks in the classroom would be a significant part of reversing the decline. So, when the local authority offered to finance the sessions with Dix, they jumped at the chance.

In the end, the staff stripped the school rules down to five basic instructions. They can be seen on freshly minted posters throughout the faded corridors of the cramped 1920s building.

One of Dix’s key messages, outlined to Portslade staff at a training session in December, centres on remaining unruffled and steely in the face of misbehaviour in contrast to offering warm praise and reward at other times.

“The core of the training we do is about sucking the emotion out of difficult situations,” he says. “Traditionally, what teachers have done is shouted at students. We’re trying to get them out of the idea that it’s about being the biggest lion in the jungle. You need to use positive management.

“The way you turn the culture around is teaching students that, if you’re rude, you’re not going to get the reward of [the teacher] going red in the face; you’re actually going to get a cold, emotionless response.”

Graded sanctions, beginning with sitting out from the group for a minute, should be used, with pupils being given clear choices between righting the situation and what will happen if they don’t.

Dix gets the staff to pair off and play “assertive tennis”, with one pretending to be a lippy student and another acting as a teacher trying to come up with a response that will silence them. The exercise is designed to get them to take their time before answering back.

He also encourages them to imagine how their pupils may feel at times, presenting them with a passage of seemingly impenetrable dialect and asking them to continue it for another 200 words. Within minutes, staff are playing with their mobiles, doodling and generally playing around.

“Every single teacher that I give this to reacts in the same way,” Dix says. “They’re experienced, qualified people, they meet a learning challenge they can’t understand, and within two minutes they’re refusing to do it. They’re the same as students. You say to teachers, ‘Can you imagine having a reading age of 11 at the age of 14? That’s what it feels like, every minute of the day. Is it any wonder that you kick your chair back and say: ‘F*** it, I’m off'”

“The point we’re trying to make is about what the core of bad behaviour is. It’s not bad parenting, or drug culture, or 24-hour news coverage. It’s people being bored and disengaged.”

He also outlines an alternative system of punishments based on restorative justice that Portslade will try with 12-year-olds.
Instead of being given detention, students take part in a 15-minute “reparation” discussion about their behaviour with a teacher, agreeing on how to make amends and make up for the lost learning. If they break the deal, they will face sanctions.

Dix urges the staff not to get the idea they are going down a “fluffy route” with this relatively easy-sounding option. “It’s not soft, it’s not leftie, it’s not fluffy and ’60s. It can still be rigorous. Getting people to engage in a conversation with teachers is not airy-fairy. But it works because it forces people to sit down and . . . deal with the incident calmly.
Detention doesn’t work. Never has done.”

The first few weeks, he warns, will be tricky. But then it will start to calm down. He urges the staff to persist through the hard times and accept that there is no quick fix.

“It’s been fantastic,” says science teacher Paul Meredith. “I think the school had maybe lost its way a bit. It needed an injection of fresh ideas.”

Stuart McLaughlin, who was appointed as principal in September and is driving the process of change, says he feels nothing but support for the work from his staff.

A leader in a growing field of consultants going into schools aiming to sort out such problems, Dix has given training to teachers on how to handle difficult behaviour.

Dix (40) taught for 10 years before setting up Pivotal Education in 2001 with a colleague. Primary-trained, he started out as a head of drama, at the age of 22, at a tough secondary school, and was a head of inner-city faculty by the time he left. He did so, he says, not because he was fed up with teaching, but because he thought things could be done better, and he could influence more children by going into training.

Alan Steer, the British government’s “behaviour tsar”, believes that, while there is a place for challenging external training, it shouldn’t take precedence over what is really important for producing good behaviour: good teaching.

“There’s this constant belief that we’ve got to find the magic button, but the truth is we know what works,” he says. However, “We don’t always do it.” He also urges schools to examine the credentials of any prospective trainers carefully.

Following the inset day with teachers, Dix returns to Portslade for his session with a group of 12-13 year-olds. He has ditched his suit for casual clothes and odd socks.

At first, the students are attentive, enjoying the trust games he gets them to play and his performance in a larval mask. Dix offers praise and encouragement. But when they have to put the masks on themselves, the rumbles of discontent begin. While many of the group take to the character acting, several of the girls, their make-up and hair immaculate, kick up a fuss. One refuses to put on a mask.

There is a growing air of dwindling concentration, with girls constantly slipping away from the group to have a sip of water, touch up their make-up or check their mobile phones. Some of the boys are now playing up. Dix calmly warns them about their behaviour and begins using minor sanctions.

They seem bewildered by his approach and, increasingly, exasperated.

By the end of the lesson, at least four pupils are no longer taking part. Two have been told to sit out by Dix after using up all their chances, and two have dropped out of the activity of their own accord. Dix gathers the remaining participants around and congratulates them.

But, he adds: “It’s really clear as a stranger that you’ve got 90% working and 10% who haven’t got those behaviours that enable you to learn.”

Afterwards, he admits he was surprised by what he saw. “It’s the bail-out that’s unusual, there’s work to do there. The culture change has got to be that, if you step out, that’s a really serious thing to do. We need to give them other strategies.

“The teachers need to challenge the kids more, but as soon as you challenge them, they bail out. It’s more polite than what some children do, but it’s just as destructive.”

Nonetheless, Dix thinks Portslade can change. “What’s missing is not the belief or the pride.”

Deacon is already encouraged. Later in the day, he reports passing a classroom to see a teacher calmly explaining to a pupil why he was in trouble, and her target cry out furiously: “You’re always talking about the f***ing rules, miss!”

He might have broken rule 4 (“be polite and speak kindly”) but, for Deacon, the outburst was a result. “The message is getting through.” — Guardian News & Media 2010

‘The Laundromat’ is a film about corporates and the superrich using tax havens, something the streaming service itself allegedly excels at
Read more
Education

Academics must reach out to the public

By sharing their ideas and knowledge, they can change the world. What’s holding them back?
Read more
Africa