A force to be thankful for 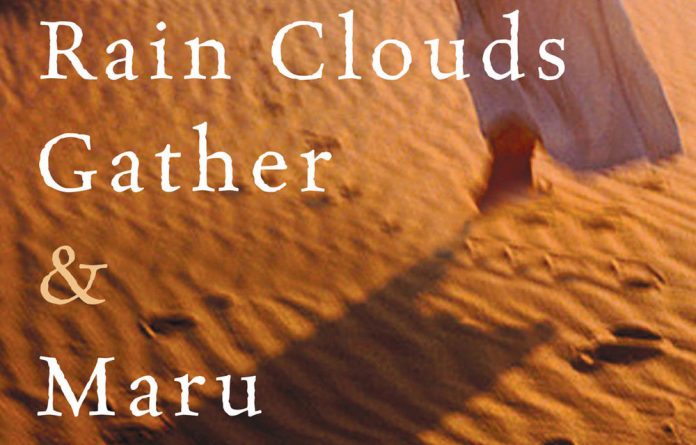 South African-born Bessie Head (1937-1986) is among Africa’s best-known writers. Virago Classics recently reissued her iconic novels When Rain Clouds Gather and Maru in one volume with an insightful introduction by Nigerian novelist Helen Oyeyemi. It is reprinted here in full

Bessie Head brought her grief to her work — and perhaps this is part of what sends a thrill through readers, says Helen Oyeyemi

Bessie Head was a witness to the early years of apartheid and its spirit-breaking classifications and restrictions. South Africa’s Immorality Act of 1950, which outlawed interracial relationships, acted as a negation of her very existence.

Yet Head was adamant that love affairs are more important than sociopolitical revolutions. She wrote: “I have no logical argument as to why these things are more important, except that I believe in the contents of the human heart . . . a silent and secret conspiracy against all the insanity and hatred in mankind.”

In these, her first two novels, Bessie Head makes it understood that love between equals is the only true power in the world. She offers us men and women who are fully alive to each other. They dream the same dreams. Her men, Makhaya in When Rain Clouds Gather and the eponymous hero of Maru, are intensely perceptive, imbued with a “feminine sensitivity” that raises them above the level of “grovelling sex organs” that Head complained African men were traditionally reduced to within their communities.

Her women give themselves over to passion that barely stops short at terrible vulnerability. Paulina, Makhaya’s lover, strains boldly towards joy, with her colourful skirts and her equally vivid declarations: “You mustn’t think I’m a cheap woman, but I love you.” Maru’s Margaret Cadmore, outwardly impassive apart from the occasional tear, has a tumultuous inner life that she finally anchors in her art and the complex ways in which she loves the two men in her life. But the cognitive dissonance involved in falling in love is sometimes almost beyond endurance, even for people as strong as these.

In Head’s world people are “frightened into” showing each other compassion and only give way to love “under extreme pressure and pain”. Head’s love stories highlight the great risk of making a gesture of faith in mankind, whose wickedness can be extraordinary.

As I read the scene in Maru, in which Margaret Cadmore stands before a classroom full of jibing students, my hands curled up into fists for the harrowing moments that follow as the woman’s nerves fray. Her humiliation and the sensation of hatred — her own and that of the children’s — is scarred on to the page with an authenticity that feels hard won.

Born in a mental asylum in Jo’burg to a white South African mother, disowned by her mother’s family and raised in a coloured family in Natal, Head never knew her black father and confessed to the “desperate guess work” of trying to write as what she called “an African of Africa”.

At 27 she obtained permission to leave South Africa (on condition that she never return) and spent the next 22 years in Botswana; 15 of those as a refugee while the authorities refused her Botswanan nationality.

She wrote to friends in England, Norway and America, feverishly making plans to leave for Nigeria, for India, for Kenya, anywhere but this country that didn’t want her.

Still, “The best and most enduring love is that of rejection,” Head wrote to Randolph Vigne. In another letter she told him: “You know perhaps nothing about a little village … in an African village it’s goddam deep and dangerous.” Village children threw stones at Head’s young son and called him “bushman”. Her neighbours accused her of infanticide and left her out of their talk only once she’d had a breakdown.

Makhaya, the protagonist of When Rain Clouds Gather, is a disillusioned South African activist, newly released from prison for plotting an explosion. He has just escaped across Botswana’s border fence “and on into whatever illusion of freedom lay ahead”. Golema Mmidi, his adoptive home, is a village at a crossroads in its history; its inhabitants submit to the authority of a chieftain, but the villagers are also receptive to the prospect of agricultural reform brought by Gilbert, a white British volunteer.

The horror of village life that Head darkly hinted at in her letters ducks uneasily out of sight on the periphery, only showing its naked face when Makhaya and Paulina drive out towards the village’s cattle post in the drought-parched desert.

Then, at last, we see the vultures in the trees, sitting “full and gorged”. It is then we see a newborn calf preyed on as it lies beside its dead mother, and it is then that we see what has happened to Paulina’s son, a cheerful little artist who made the best of his solitary existence herding the family’s cattle by making wood carvings with his pocket knife. We are forced to stand with Makhaya looking in at the door of the hut, bearing the sight for Paulina, who might run mad if she saw.

Reading this passage brought to mind another meditation on the death of a child written five years earlier, Ingrid Jonker’s The Child Who Was Shot Dead by Soldiers at Nyanga: “The child is not dead … /the child grown to a man treks through all Africa/the child grown into a giant journeys through the whole world.”

Here, however, Head as a narrator makes no attempt to mitigate the desolation of the scene. It’s as if the story is questioning the technology by which a child becomes a giant, or even a man, in such a place as Golema Mmidi. And because Makhaya loves Paulina, he takes the loss into himself, “confused and angry that there was only this dead, unanswering silence in his heart …”

Nini Etlinger, a pen friend who had loaned Head the money for a typewriter, advised her: “You really must not write with your heart on fire. It’s not literature. I really mean it.” Head broke off all contact with her and never renewed it, in spite of wholehearted repentance on Etlinger’s part.

By the time she was 13, Head was already developing an awareness of what a story is able to do; how it can teach, entertain and propose a wholly new future all at once. In a short story published in the magazine of the Anglican orphanage where she received her education, truth features as a means of crossing a river, a way of moving forward. But the bridge is built of stones that cannot be walked upon without great pain.

Maru begins peacefully. The hero comes home to his wife at the end of a blue-skied day and says to her simply: “My sweetheart.”

And once you’ve come to the last page of the novel, it is the grace of that moment that may compel you to reread the first few pages in a new and triumphant light.

The beginning and the end of this love story slide into each other with ferocious ease, like a snake eating its own tail. Margaret Cadmore, a San orphan, is adopted by a forthright English missionary, who has her educated and sends her away to a Botswanan village to take up her first teaching position. Margaret, made virtually silent and expressionless by a lifetime of abuse from her peers, is a powerfully disruptive presence in the life of the village, where other San are kept as slaves. Margaret is not beautiful, but her gaze is eloquent and when she speaks something about her voice is enchanting.

She wins the love of Maru and Moleka, bosom friends who become bitter opponents. Moleka is unable to overcome a dread of breaking convention to openly proclaim love for a San woman.

Maru is a future chieftain of the village, a man whose eyes are lit with the conversation of gods. He tests Margaret’s dignity and creativity, taking her bed away from her and giving her art paper, paint and charcoals instead. And he doesn’t claim Margaret for himself until her heart is completely broken. This is the book that Head wrote as a response to Hodder and Stoughton’s request that she follow When Rain Clouds Gather with something like an African version of The Catcher in the Rye.

At that period in her life, Head wrote her tales at night in her hut with a candle balanced on her knee. What might she have been if she had been free of Botswana and South Africa? From across an ocean there is a faint answer of sorts. In 1939, two years after Head was born, Billie Holiday wrote that bitter hymn to loneliness, God Bless The Child.

Holiday, another extraordinary artist, never knew her father and would have been taken for a coloured woman in South Africa too. Holiday got 48 years out of a life of chequered romance, sorrow, drugs and religious schooling — one year less than Head’s 49. Like Holiday, Head brings her grief to her work and perhaps this is part of what sends a thrill through us readers, who may think that all we have to do is close the book when we no longer want to see into these wounded worlds, these spirited trials at hope.

After reading Maru, Megan Biesele, an American anthropologist, went to live in the Botswanan desert with people of the San tribe (called Marsarwa in the novel), who taught her their language until she was able to read Maru aloud to them, chapter by chapter. The San made Head a necklace of shells, seeds and grass and sent it to her, with their thanks for what she had written.

When Rain Clouds Gather and Maru are fairytales about the transformations that love can wreak. They transform love into a force to be feared and a force to be thankful for.