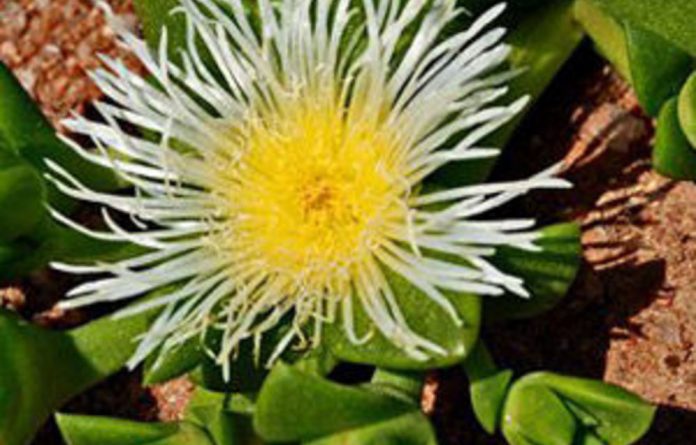 For hundreds of years, indigenous South Africans have chewed a plant which they say reduces stress, relieves hunger, sedates and elevates moods. On Friday, South African researchers obtained the first licence to study and market it, and say they want to develop it to sell internationally — and over-the-counter.

And South Africa’s government said they’ll make locals happy too, by giving them a cut of the profits.

Sound too good to be true? Researchers say the plant, called Sceletium tortuosum, has great potential and few downsides.

Ben-Erik Van Wyk, a professor of botany and plant biotechnology at the University of Johannesburg, said he’s extensively researched the plant and found no ill effects or evidence of dependency.

Van Wyk, who has worked with a researcher at the company that will be marketing it, said he hopes the plant — known by locals as kanna, channa or kougoed — may draw attention to the wisdom of the ancient San people.

The plant has been used to reduce hunger, thirst and fatigue and is said to have sedative, hypnotic and mood-elevating effects. It is commonly chewed, but also can be made into tea or smoked.

“So often traditional remedies are looked down upon as old-fashioned and outdated,” Van Wyk said. “If this product becomes a huge success, the culture will become more respected and better known.”

Sceletium tortuosum grows in dry regions. When chewed, the plant gives a slight head rush, which is similar to the effect of smoking a cigarette, Van Wyk said.

“It’s a product with huge potential,” he said.

On Friday, South Africa’s environmental minister travelled to the country’s arid south-west, where the plant is found, to celebrate the issuing of the first license of an indigenous plant to local company HGH Pharmaceuticals.

“We’re positioning [the product] for everyday people who are having a stressful time in the office, feeling a bit of social anxiety, tension or in a low mood,” said Nigel Gericke, director of research at HGH.

Gericke first read about the plant in 1985 while paging through a botanical book in a public library in Australia. When he returned home to South Africa, he and a psychiatrist visited regions of the San to research doses and side effects.

HGH has an agreement with Morristown, New Jersey-based PL Thomas & Co, which plans to launch the product in 2011, said spokesperson Paula Nurnberger. It may be some time before consumers get a chance to try a pill containing plant extracts, which will be marketed over-the-counter as Zembrin. Nurnberger said she does not know whether the product has been approved by the US Food and Drug Administration. – Sapa-AP