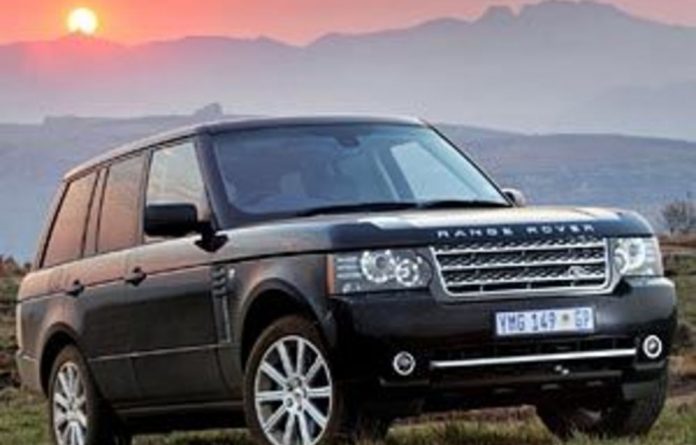 When you climb up into the cabin of a Range Rover Vogue you immediately feel an air of invincibility wash over you.

The size, the luxury, the toys, the technology — this vehicle is as much at home in a muddy English wood surrounded by an autumnal curl of fog as it is at the bottom of a sandy, sub-Saharan valley ready to conquer a 40-degree slope in 40-degree heat. Princess Diana used to have one, so it should handle the school run and the rush-hour slog no problem at all.

Its ground clearance, wheel articulation and approach angles on the outside make it a treat when things get rough. That, and the adaptive transmission that does everything for you when you go off-road. You select the type of surface you’re driving on — mud, sand, rocks, snow — then you select hi or low range and the computer will act like a butler, engaging diff locks anonymously as it sees fit. This is all communicated to you through the brilliant thin-film transistor screen that shows you an off-road display. It puts all the must-know information directly in front of you, including a display of where your front wheels are pointing at all times. Fantastic.

To maximise its ground clearance, you can raise the ride height in a rock-crawling scenario to avoid dinging precious body work. The Range Rover is not infallible through the tough stuff, however. It’s very big, for one, and struggles to fit in some scenarios. And secondly, the clever computer system relies on you losing traction before it adjusts its computers to send traction to different wheels. What results is an off-road track that’s been severely ploughed after the bruiser has come through. You’re constantly on the throttle, spinning wheels, tearing up the country-side, but you eventually make it.

Purists, I know, will say it’s not the real deal, but credit where credit is due to the Range Rover system — if you should tackle an obstacle in sand, with the drive selector off, it won’t do it. The settings do work.

I’m not, however, entirely convinced of the necessity of the phalanx of cameras fitted all around the car for 4×4-ing. I believe if any challenge was severe enough, you would climb out and check it personally anyway.

The off-road circuit showed some of the Range Rover’s fragility, I have to say. Once or twice a few warning notices flashed across the front console, but with a Land Rover you always hope it to be some loose wiring rather than an actual problem.

When you hose the old boy off, lower the ride height and put him back on the tar, that’s where the Range Rover becomes more regal than ever. The comfort and stability on-road, after all its wanton agility off-road, is uncanny. Sure, it’s a bit blubbery in the corners, but then again the Range Rover is the size of a church pew and you are high enough off the ground to make anything from the cinema scope windscreen look as inane as a pigeon or a dachshund.

It’s impressive on-road, where, quite honestly, it’ll spend the majority of its life, thanks to modern engineering. The monocoque chassis is light — lighter than that of a Discovery or a Range Rover Sport, and this means the air suspension has an easier job keeping the body geometry straight and true in a corner or in cross-winds. The light chassis means better fuel economy and maximised performance from the V8 turbo diesel motor. In a mix of off-road and civilised on-road driving, I averaged 12-litres per 100km, and a tank range of 650km, which isn’t far off Land Rover’s claims. Filling the 105-litre tank might get a bit painful after a while, but at least it’s not as bad as the supercharged V8 petrol motor, with its insane 394 g/km of CO2.

Many claim the Range Rover Vogue to be the best car in the world but you can’t even think of it as a car. It’s an entirely different mode of transport altogether. It’s somewhere between a luxury yacht, a mom’s taxi and a 4×4 leviathan. It’s a Range Rover.