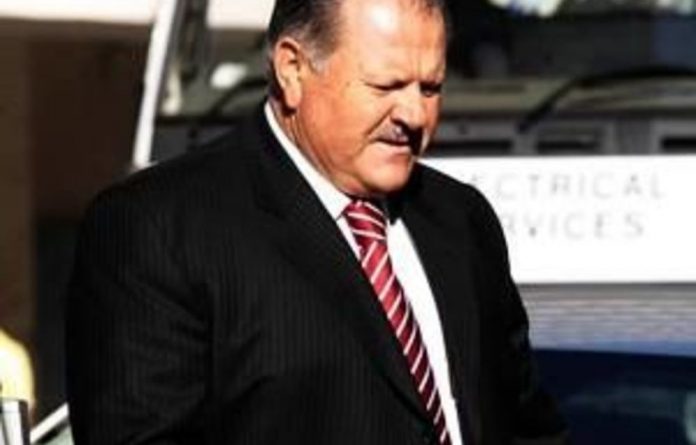 The state needed to call Roger Kebble to testify so that he can refute an allegation that he wanted his son — mining magnate Brett Kebble — murdered in 2005.

This is according to murder accused Glenn Agliotti’s investigating officer Colonel Pieter van Heerden, who is testifying at the murder trial. Van Heerden was the first witness to testify on Tuesday morning after a nine-week break in proceedings.

Defence counsel Laurance Hodes asked Van Heerden which witness had made this “startling revelation”, to which Van Heerden replied that he did not know. This was the first time that this allegation against Roger Kebble has been made in the trial.

Van Heerden also gave an insight into the workings of the Scorpions, an elite crime-fighting unit that has since been disbanded. He told the court that after working on the Kebble murder investigation while at the police, he had moved to the Scorpions. Here, he was “sidelined” in the investigation, and “milked” for information regarding former police national commissioner Jackie Selebi.

“If I can give an opinion, this murder investigation was not the prime objective of the [Scorpions] but rather the prosecution of the then chief of police Jackie Selebi.”

Kebble ‘too ill’ to testify
On Monday, the state said that Roger Kebble was too ill to testify, according to a letter from his doctors. Kebble’s heart problems meant that he would not be able to deal with the stress of “interrogation” in the trial.

Although the state requested a postponement until Kebble was well enough to testify, Judge Frans Kgomo denied it. It remains uncertain whether Kebble senior will testify and if so, when.

Agliotti is facing four charges — two counts of conspiracy to commit murder, one count of attempted murder and one murder charge.

The murder charge and one conspiracy count relates to the September 2005 shooting of Kebble in Melrose, north of Johannesburg.

The state has now closed it case and the defence will present its case November 5.