Burma says Suu Kyi may be freed after elections 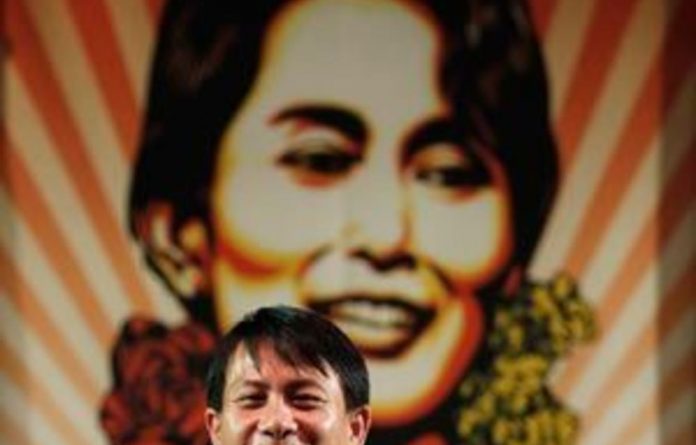 Burma has said that democracy icon Aung San Suu Kyi may be freed after November 7 elections, as it attempts to deflect a barrage of criticism over the discredited polls.

Burma’s elections, the nation’s first in two decades, have been derided as a sham by critics who say they lack any credibility without the participation of Suu Kyi and other opposition figures.

Foreign Minister Nyan Win flagged the release at Association of South-east Asian Nations (Asean) talks, but there was a cautious response to the comments from a regime that has kept Suu Kyi detained for 15 of the last 21 years.

“We were told that she will have completed her term of imprisonment by the first 10 days, probably, after the elections,” Asean Secretary General Surin Pitsuwan told reporters on Thursday.

“We were told that there will be no more reason to keep her under house arrest. But for that we will have to wait. It was not a clear-cut commitment,” he said of comments made at a dinner meeting on Wednesday.

Philippine Foreign Secretary Alberto Romulo said he tackled Nyan Win on the regime’s tendency to release Suu Kyi, only to produce new charges that see her swiftly returned to detention.

“No, I’m not satisfied,” he said when asked whether he accepted the minister’s statement that Suu Kyi may be freed.

“Not only an assurance but I want it to happen, that no new charges will be filed,” he said in unusually strong comments among a bloc that has a tradition of non-interference in other members’ affairs.

Authorities in Burma have previously said that the democracy leader will be released when her current term of house arrest expires on November 13, but the military state has made no official confirmation.

Indonesian Foreign Minister Marty Natalegawa said that Burma’s neighbours were anticipating an imminent release after the polls, and that Nyan Win had not disputed that.

“Our understanding is that once the present term of her sentence has expired, once she has served her sentence, then that would be it. And that notion was not disputed,” he said.

UN Secretary General Ban Ki-moon — who holds talks on Friday with Asean leaders — has joined Western governments who have repeatedly said the vote will not be credible while Suu Kyi and other opponents are in detention.

Ban has expressed his growing “frustration” with the Burma junta in recent weeks and called on its neighbours to be more aggressive with its pariah neighbour or risk tarnishing their own democratic credentials.

Uncertainty
Uncertainty over whether the military regime will indeed release the 65-year-old, known reverently among Burma’s people as “The Lady”, will remain until the moment she appears in public.

The junta, humiliated by its crushing defeat to Suu Kyi’s party, the National League for Democracy, in disallowed 1990 polls, has prolonged Suu Kyi’s confinement almost continuously ever since.

Her current spell of detention stems from her imprisonment in May last year — just days before a previous period of house arrest came to an end — due to a bizarre incident in which an American swam to her lakeside home.

She was initially given three years in jail and hard labour but was returned to her crumbling family home in August 2009 after her sentence was commuted to one-and-a-half years’ house arrest by junta leader Than Shwe.

South-east Asian lawmakers have savaged the election plans and urged the region’s leaders to refuse to recognise the flawed process and put it at the top of the agenda of Asean’s summit on Thursday.

The Asean Inter-Parliamentary Burma Caucus said the elections were “cosmetic surgery to secure the military junta’s grip on power” and legitimise the generals’ half-century rule.

Amnesty International said that Burma’s human rights record had only worsened in the run-up to the polls, despite the promise they would be held in a “free, fair and inclusive manner”.

“We call on you to do your utmost to help protect the human rights of the people of Burma during this critical year for the future of the country, and the credibility of Asean,” it said. — AFP