Dandala returns to the fold 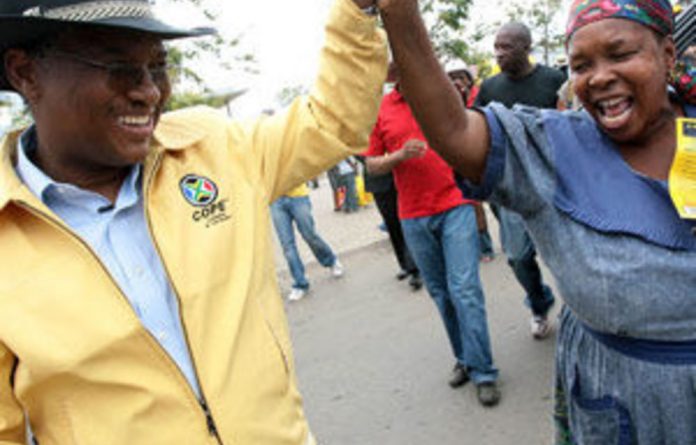 Former Congress of the People (Cope) parliamentary leader Mvume Dandala has asked the Methodist Church of Southern Africa to take him back.

Dandala, who resigned as a Cope MP in July, has submitted a letter to the church requesting to be readmitted as a man of the cloth, 19 months after he left the church for politics.

The church’s general secretary, Reverend Vuyani Nyobole, confirmed receiving the application last month and said the church was processing it.

“We have appointed a pastoral commission to interview him and once they have submitted a report the presiding bishop [Ivan Abrahams] will decide,” said Nyobole.

Dandala said that he had applied for readmission because “I am a Methodist minister, that has been my life.”

Sources said his critics, particularly those in the church who were against his move to Cope, see his return as being financially motivated because he has had no regular income since resigning as an MP.

This week he described the allegations as “terrible” and “malicious”.

Dandala resigned from the church leadership in February last year, taking up Cope’s offer to become the party’s presidential candidate, a position that pitted him against the ANC’s Jacob Zuma.

“I did not think it was appropriate to continue leading the church, because I was involved in party politics.

“I wish to go back essentially because I am no longer in party politics,” he said.

A source in the Methodist Church who is close to the process said Dandala’s mistake was allowing himself to be used by Cope politicians as the party’s electoral face.

“He resigned as a minister thinking he would be the president of the country. Now he faces financial challenges.”

The sources said Dandala first approached the church in June, when rumours that he was planning to resign from Cope were spreading.

Apparently some church leaders oppose his return. In particular, there appears to be growing tension about the possibility of him being favoured to lead Methodists once again, sources said, as Abrahams’s term ends early next year.

Nyobole said he knew of no resistance to Dandala’s return.

“That is very unfounded. We have processed his application so that cannot be true.”

Dandala also denied allegations that he is aiming for leadership of the church. “That is simply evil. You do not become a Methodist minister for a position,” he said.

“My interest is to go back into the ministry and do whatever there is for me to do. Certainly I don’t have leadership ambitions.”

The former presidential hopeful is popular in the church and across Africa because of leadership positions he has held in the past. Besides being a former presiding bishop of the Methodist Church of Southern Africa, he was also president of the South African Council of Churches and general secretary of the Kenya-based All Africa Conference of Churches.

Twelve districts of the church, including Botswana, Lesotho, Namibia, Swaziland and Mozambique, vote for the presiding bishop.

A second source said Dandala’s popularity could be revived by his return.

“It’s possible that he will get the leadership position. He still has support within the church. I think he would like to end his career the way he started it.”