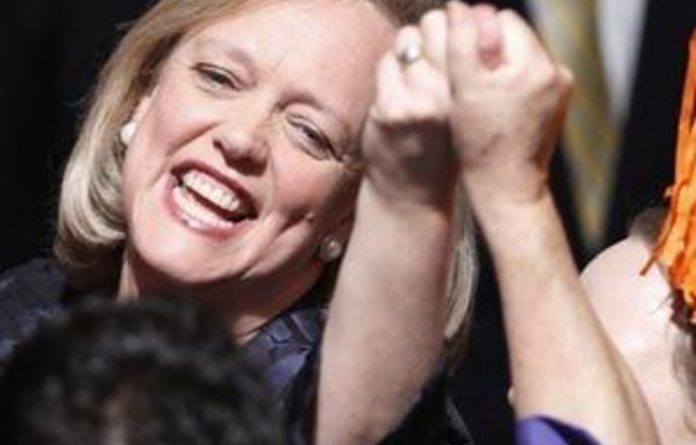 Republicans pushed Democrats decisively from power in the House of Representatives and strengthened their ranks in the Senate, a result that could herald legislative gridlock when the new Congress takes power in January.

Republican control of the House will weaken Obama in fights over the extension of income tax cuts set to expire at the end of the year and over efforts to pass comprehensive energy or immigration Bills.

“The ability of this administration to get major new programs done was already limited. This just seals the deal,” said Jaret Seiberg, policy analyst with the investment advisory firm Washington Research Group.

Television networks projected Republicans would pick up at least 60 House seats, more than the 39 they needed for a majority that would elevate conservative John Boehner to House speaker, put Republicans in charge of House committees and slam the brakes on Obama’s agenda.

‘Do things differently’
Republicans have portrayed Obama and his Democrats as big spenders who have recklessly run up massive deficits. The charge seemed to resonate with voters.

“Our new majority will be prepared to do things differently,” Boehner told supporters late on Tuesday.

Obama made a late-night call to congratulate Boehner and discuss ways they could work together to create jobs and improve the economy, a Boehner aide said.

The president is due to hold a news conference at 1pm EDT (5pm GMT) on Wednesday to talk about the post-election landscape.

“We need to move beyond filibusters and enter a real conversation about passing legislation that this country needs,” he told Reuters.

Republican candidates had pushed an agenda of spending cuts and at least a partial repeal of Obama’s healthcare and Wall Street reforms, but Obama could veto their efforts.

Stocks in health insurers like UnitedHealth Group, WellPoint and Aetna are likely to rise on the Republican gains, analysts said, even if a full repeal of healthcare reform is unlikely.

One big item from Obama’s agenda when he took office in January 2009 is likely to remain unticked.

“These elections are a death knell for any sort of environmental bill in the short or medium term, however they say very little — if nothing — about Obama’s electoral prospects,” Ipsos Pollster Cliff Young said, referring to the president’s chances for re-election in 2012.

Reid lives on
Senate Democratic leader Harry Reid won the country’s most high-profile Senate race after a brutal battle with Tea Party favourite Sharron Angle in Nevada. He said he was determined to renew the struggle to create jobs and bolster the economy.

“The bell that just rang isn’t the end of the fight. It’s the start of the next round,” Reid told jubilant supporters in Nevada.

Senate Republicans gained six seats and the re-election bids of two other Democratic incumbents — Michael Bennet in Colorado and Patty Murray in Washington — were too close to call.

US stock futures pulled back from earlier gains as Republican chances of a Senate takeover waned. With opinion polls favouring Republicans, markets had factored in Republicans winning the House and Democrats holding the Senate.

Investors said the outcome of Wednesday’s US Federal Reserve meeting was of greater market importance. The Fed is expected to announce it will pump billions of dollars into the economy to speed the recovery.

Exit polls found voters deeply worried about the economy, with eight in 10 saying it was a chief concern. Four of every 10 voters said they supported the conservative Tea Party movement and nearly three-quarters believed government did not function properly.

In the Senate, Republicans picked up Democratic seats in Indiana, Wisconsin, North Dakota, Pennsylvania and Arkansas as well as Obama’s former seat in Illinois.

The three-way race for the Republican-held Alaska Senate seat was too close to call with incumbent Lisa Murkowski running as an independent write-in candidate against Tea Party favorite Joe Miller and Democratic challenger Scott McAdams.

Grass-roots anger over government spending and economic weakness gave rise to the Tea Party, a loosely organised movement that backed a message of smaller government and lower taxes.

Republicans picked up at least 10 governorships from Democrats, including the battleground state of Ohio, and held the office in Texas in a race with vital implications for the once-a-decade redrawing of congressional districts that begins next year.